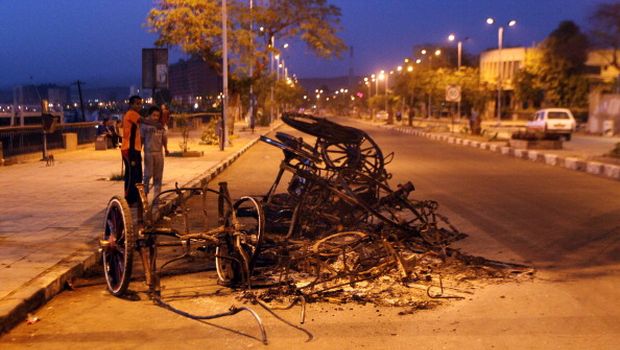 The two sides of a tribal dispute that killed 26 people in Aswan last month have committed to full reconcilliation, the head of a committee formed to oversee the peacekeeping efforts announced Saturday.

A  reconcilliation ceremony will soon be scheduled to reach a final settlement, said Mansour Kibash, chairman of the reconcilliation committee, said in a statement published on state-run MENA.

In preparation for the reconcilliation ceremony, Kibash said the committee is identifying financial losses and property damage.

The Ministry of Agriculture has decided to donate 50 heads of livestock to compensate for the cattle that died during the clashes, Kibash said.

Grand Imam of Al-Azhar Ahmed Al-Tayeb formed the reconcilliation committee after conducting a dialogue session in Aswan on 12 April in the aftermath of the bloody tribal clashes that erupted 4 April. Previous reconcilliation efforts and police intervention had failed to quell the tribal bloodshed, but the two tribes eventually agreed to a three day truce ahead of Al-Tayeb’s visit to the southern governorate.

Arab Bani Hilal tribe and the Nubian Daboudya tribes began fighting after an incident of sexual harassment. The ensuing violence extended over days as peace talks devolved into gunfights.

The first few days of violence resulted in 23 deaths, with two more added to the toll when clashes renewed after a temporary lull in the violence. The final victim of the violence died in the hospital as a result of injuries.

A number of houses were also burned in the aftermath.

On 5 April, Prime Minister Ibrahim Mehleb and Minister of Interior Mohamed Ibrahim, travelled to Aswan “to follow events on the ground” and called for reconcilliation to end the violence.

On 7 April, the Ministry of Interior announced that it had arrested 14 of people from the Bani Hilal tribe. The next week police forces arrested two other men thought to have been involved in the clashes.