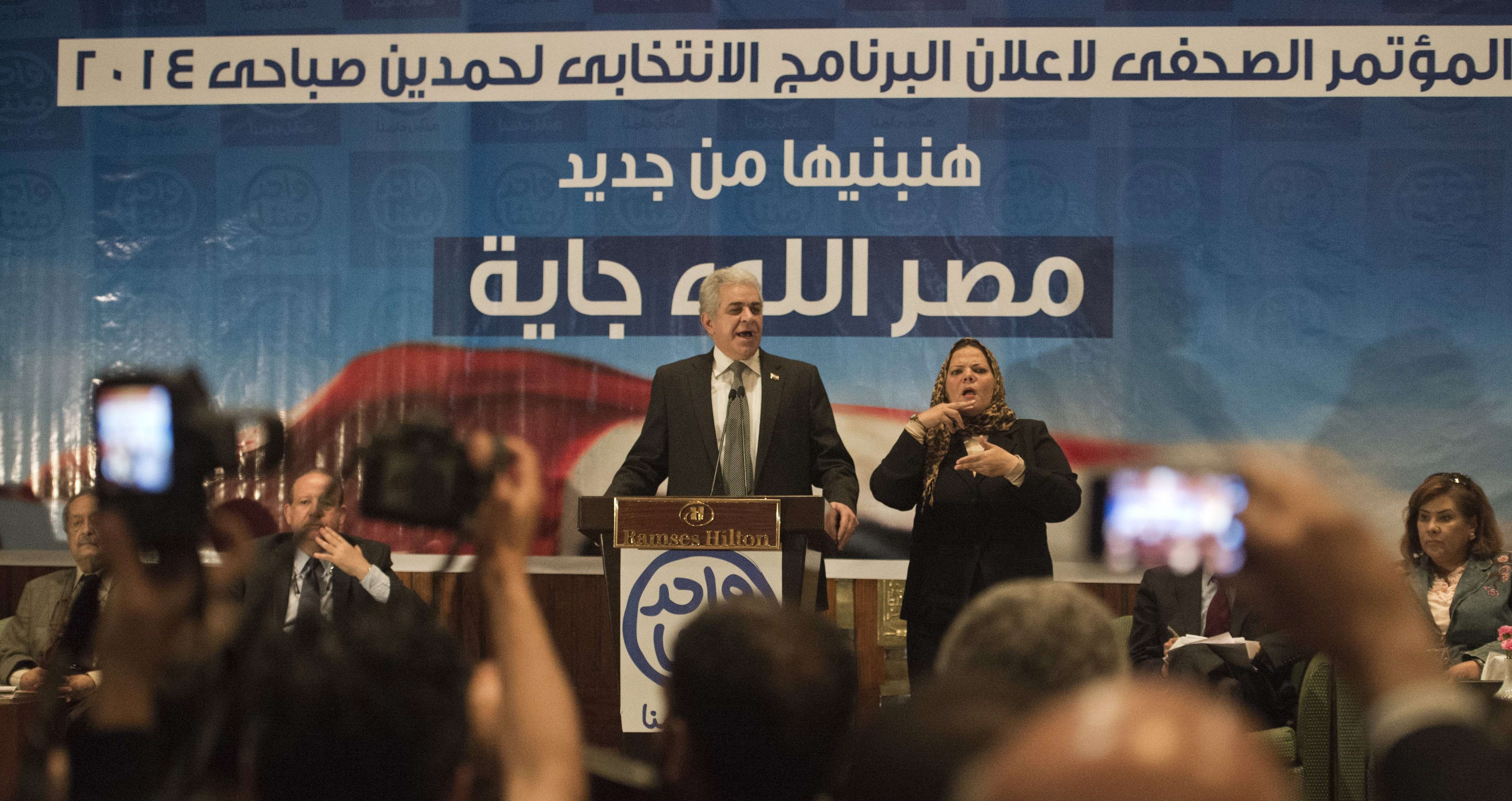 The first project, titled Launch of Small and Medium Enterprises (SMEs) Projects, aims to establish one million projects during the first year of Sabahy’s term and five million after four years. Around five projects would be established in each Egyptian governorate with capital involved ranging between EGP 10,000 and 50,000.

The SMEs would target the increase of livestock in Egyptian villages, agricultural projects such as fruit packaging, land reclamation in the desert strip, as well as tourism and heritage projects.

Under the plan, Sabahy would form a Ministry for Small and Medium Enterprises and establish an EGP 15bn national fund to financing SMEs. The fund would collect 2% interest after two years of each SME  launched. Around 50% of the fund would come from the state’s general budget; banks’ investment financing deposits would supply the other half. The fund would also accept donations.

Sabahy’s third project intends to open 400 mines and quarries where Egyptian youth would be hired and trained by experts from the Egyptian Mineral Resources Authority.  The mines and quarries would be managed by companies and co-opts. Companies that wish to participate would be eligible for an EGP 50,000 to EGP 100,000 loan to purchase equipment.

“Around 15 young Egyptians would work in each mine or quarry, providing a total 6,000 direct job opportunities,” Sabahy’s plan read.

The project would cost EGP 40m during its first year.

As part of a project titled Production of Healthy and Adequate Food, Sabahy would raise the level of self-sufficiency in grains to 75%.and provide farmers with EGP 1bn worth of seeds on a yearly basis.

The project would  include the establishment of four central solar energy production stations with a total capacity of 1,000 MW. The volume of investments in the station would amount to $2.5bn. The government would also install 500,000 solar panel in Egyptian households and commercial buildings. Each panel would produce 3 KW, lessening the burden of electricity production by 6%.

To produce wind energy, Sabahy’s plan stated that a turbine production facility would be constructed over four years. Another ten wind energy production stations, with a capacity of 150 MW each, would be established over two years.

Pensioners, who fall under the authority of the National Organization for Social Insurance (NOSI) have previously said that the government owes them EGP 600bn, which the government has contested. Earlier this month, the Ministry of Finance pledged to repay the general budget’s debt owed to NOSI for 2011 and 2013, which amounts to EGP 162bn.

Under Sabahy’s plan, an independent authority would be established to manage the insurance money and invest them in a secure way.

The economic plan stressed the importance of providing Egyptians with health care, upgrading general hospitals, and improving the quality of service.

The plan aims to increase the workforce participation of the disabled to 5%.

Sabahy’s plan is based on three main pillars. The first pillar is achieving “economic development that will lead to social justice”, while the second focuses on “freedom through a democratic system”. The foundation of the third pillar is “dignity protected by national independence”.