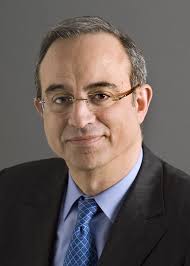 When the Arab awakening began in 2011, its primary goal should have been to advance pluralism and democracy – causes that were neglected in the Arab world’s first, anti-colonial awakening in the 20th century. But, after three years of struggle, the process has only just begun. Will the second Arab awakening finally achieve its goals?

The answer depends on which of three models Arab countries use to guide their transition: an inclusive, far-sighted model that aims to build consensus; a winner-take-all approach that excludes large segments of the population; or a stop-at-nothing approach focused on regime survival. These models reflect the vast differences among Arab countries’ current circumstances and prospects for the future.

The strongest example of the inclusive model is Tunisia, where former opponents have formed a coalition government, without military interference. Of course, the process was not easy. But, after a tense struggle, Tunisians recognised that cooperation was the only way forward.

In February, Tunisia adopted the Arab world’s most progressive constitution, which establishes equality between men and women, provides for peaceful alternation of government, and recognises the right of citizens to be without religious belief – an unprecedented move in the region, supported by both Islamist and secular forces. Tunisia’s experience embodies the commitment to pluralism and democracy for which the second Arab awakening stands.

Fortunately, Tunisia is not alone in following this path. Both Yemen and Morocco have undertaken a relatively inclusive political process, with Yemen pursuing a national dialogue and Morocco forming a coalition government.

But this model had failed to take hold in several other countries. Consider Egypt, which has been pursuing the second, exclusionary approach, with all parties believing that they have a monopoly on the truth and thus can ignore or suppress their opponents. Egypt’s Islamists, led by the Muslim Brotherhood, adopted this philosophy while they were in power; the secular forces that ousted them in last July’s military coup are now taking the same approach.

In short, Egyptian politics has become a zero-sum game – and the sum has truly been zero. The country remains plagued by security threats, economic chaos, and political instability – problems of such a scale that neither camp can solve them alone. If leaders on both sides do not begin to work together, Egypt’s awakening will remain a distant dream, with ordinary citizens suffering the social and economic consequences.

But it is the third approach – exemplified by Syria – that is the most destructive. President Bashar Al-Assad’s regime will stop at nothing to win what has become a game of survival. Meanwhile, the opposition remains fragmented, leaving a security vacuum that radical groups – made up largely of foreign fighters – have been exploiting. The result has been a horrific civil war, which has already led to at least 150,000 deaths and forced millions to flee their homes, with no end in sight.

The stark differences between these three models and their outcomes offer a clear lesson: inclusiveness is the only route to stability. With the right approach, any country can succeed in building a better future.

Of course, the path taken by the second Arab awakening has not been defined entirely by national boundaries. Long-held taboos have been eased throughout the Arab world. Specifically, the two forces that have long dominated the political scene – secular, often military or military-backed rulers, and the religious opposition – have lost their unassailable status; today, they are increasingly subject to the kind of criticism that characterises democratic systems. In many Arab countries, it is even acceptable to be a liberal.

But, while the rigid social systems that long impeded progress have broken down in many Arab countries over the last three years, with liberalism becoming a more acceptable worldview, the experiences of Egypt and Syria demonstrate that the goals of the second Arab awakening are not universally shared. Old rivalries, ideological preoccupations, and unproductive habits continue to block efforts to find real solutions to socioeconomic problems.

Arab societies deserve better. As Tunisia has shown, if they embrace the politics of pluralism and inclusiveness, they will get it.

Marwan Muasher, a former foreign minister and deputy prime minister of Jordan, is Vice President for Studies at the Carnegie Endowment for International Peace. His latest book is The Second Arab Awakening and the Battle for Pluralism.