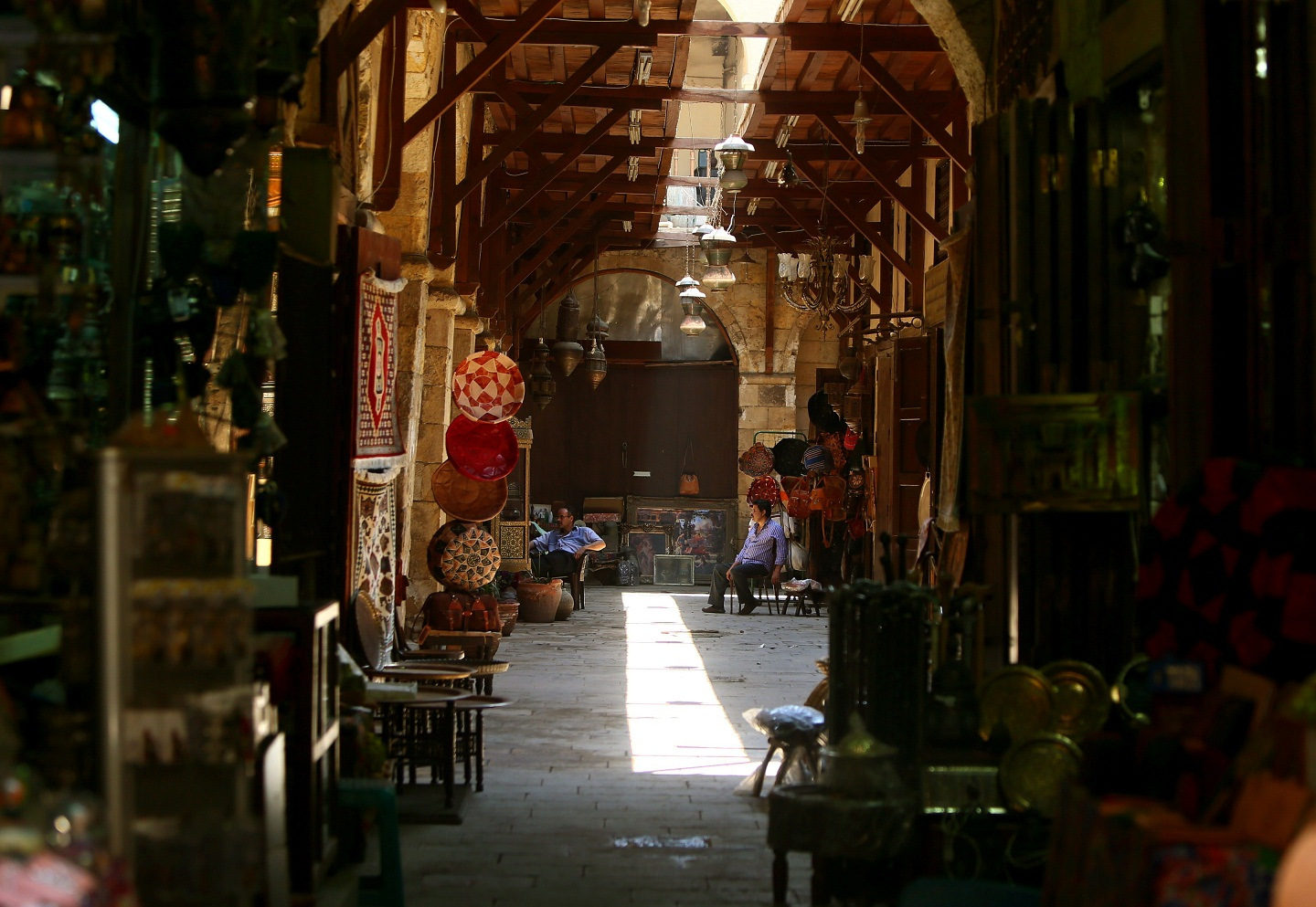 “The situation has worsened over the past three months. Sales have decreased by more than 90%, and I am thinking about changing the shop’s activities.” Muhammad Khalid is a young man in his early thirties who sells goods and copper antiques in Moez Street of Fatimid Cairo. He is married and has two children, and also continues to take care of his mother and two sisters since the death of his father last year.

The Moez Ledin Allah Street is one of Cairo’s oldest. It was built by the Fatimid leader Jawhar al-Siqili who moved the capital from Tunisia in the west to Egypt in the east in the ninth century AD.

The Ministry of Antiquities halted the completion of an exhaustive restoration of archaeological sanctuaries due to a lack of financing and a proliferation of street vendors over the past three years.

The Cairo Governorate closed the street to vehicles in 2005, but what with the lack of security following the 25 January Revolution, electronic gates were removed and the cars returned. As a result, the street lost its most important feature, according to Mohammed: “Tourists can no longer walk and enjoy themselves without fearing speeding cars.”

Mohammed explained that tour buses decreased from 150 per day before 25 January, 2011 to approximately 10 per day due to the security situation in Egypt.

The majority of European countries, the main sources of incoming tourism to Egypt, continue to impose bans on their citizens visiting the capital since August of last year following the dispersal of sit-ins in support of the deposed former president Mohamed Morsi.

“It is rare that incoming tourists buy copper goods, [which] lowers its purchasing power against the rising cost of the good, which was hand-made and high quality…The workshop produces artistic works made of silver and copper, but tourists are satisfied with buying Chinese goods at a cheap price.”

Mostafa Ezzedine, head of the Chamber of Goods and Antiquities in the Red Sea, said that “tourists coming to Egypt do not leave their hotels during the trip to benefit from the low-cost all-inclusive system.”

In spite of the fact that hotel occupancy in Hurghada in eastern Egypt has ranged between 55% and 60% this week, this is much better than the situation in Cairo, where occupancies have failed to exceed 20%, even though Ezzedine thinks that “purchasing rates have dropped 70%.”

The Red Sea is home to approximately 8,000 bazaar stores according Ezzedine, and a decrease in tourists’ purchasing power pushed about 8% of stores to close their doors permanently and change their activities, and another 15% to shut down temporarily.

The decline in tourism to Egypt during the first quarter of this year represented a loss of USD 1.3 billion, a 43% decrease from the same period last year.

Mohammed Al-Qattan, Chairman of the Chamber of Goods and Tourist Antiquities in a telephone interview with Daily News Egypt said tourist goods represent approximately 20% of tourism income annually for Egypt. “Tourist goods are the ambassador of Egypt, and with the collapse of activity, Egypt lost a marketing tool with no return.”

Throughout last year, tourism in Egypt brought in $5.9 billion, a decrease of 41% from tourism revenue in 2012, which Qattan claims, “it is a disaster that broke tourism’s back.”

According to the head of the Chamber, there are approximately 18,000 bazaars in Egypt, and handicrafts are the most affected by the political unrest that prevails in Egypt.