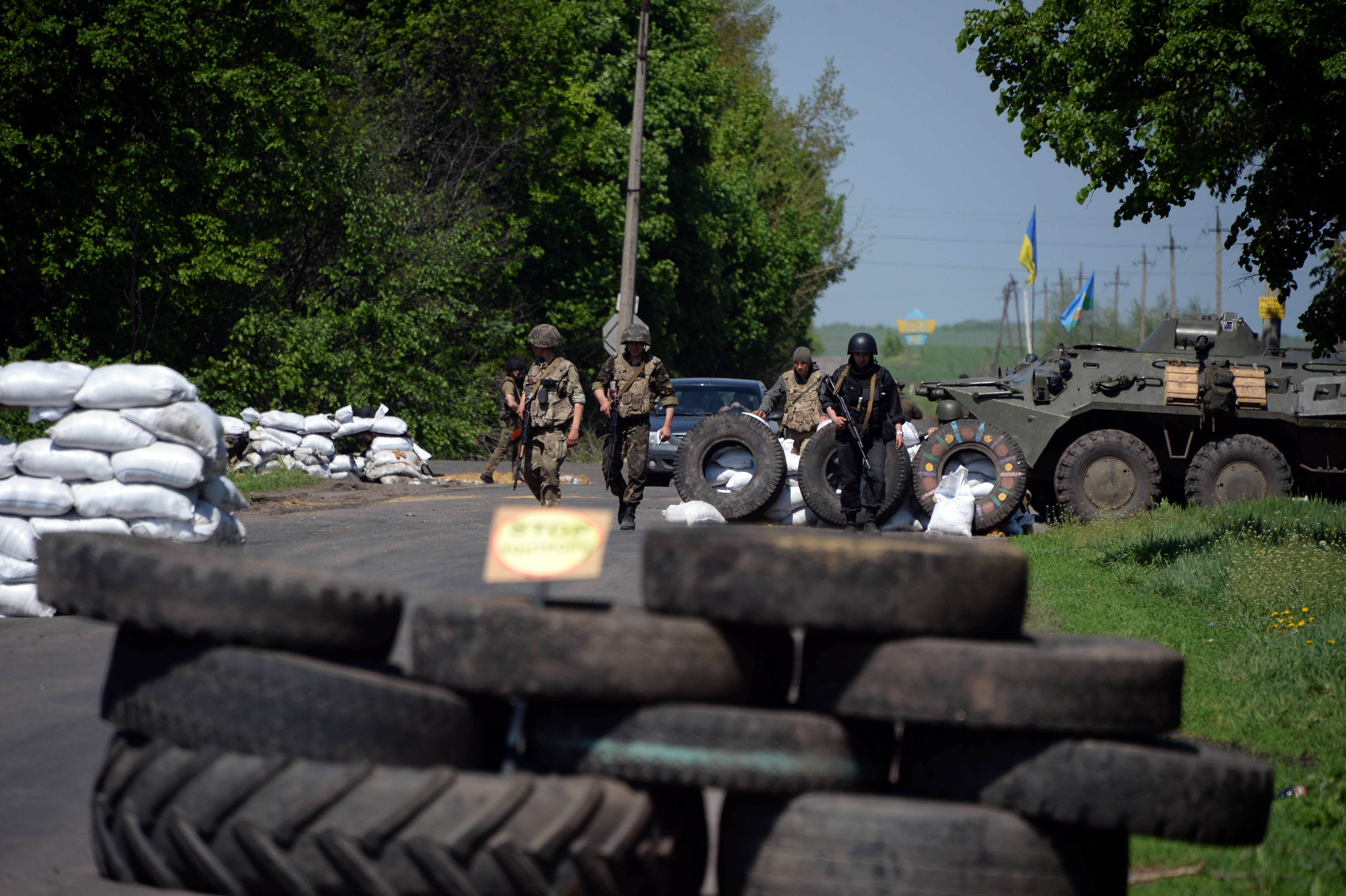 “There have been deaths,” Avakov said at a checkpoint held by troops six kilometres [four miles] from the gunbattle, which had gone on for nearly two hours.

He did not immediately say what toll each side suffered, but an AFP reporter there saw ambulances rush by carrying eight soldiers commanders said had been wounded.

Rebels told AFP that fighting was also under way at the southern entrance to the city, where the military was using helicopters and rockets, according to one rebel.

One Ukrainian military commander said the shooting involved automatic small arms and heavy weaponry, believed to be from armoured vehicles the rebels captured last month as well as other big-calibre weapons and mortars.

The commander also said “there are Chechens” with the insurgent gunmen, confirming information from the rebels themselves that they had been reinforced with fighters from Russian-controlled Crimea and Chechnya.

“They are waging a war on us, on our own territory,” Avakov told reporters.

“My mission is to eliminate the terrorists.”

The minister and the commanders said the Ukrainian troops tightening a perimeter around Slavyansk – the epicentre of the armed insurgency in Ukraine’s east – were avoiding firing on civilians .

“The only tactic is to advance little by little towards the centre of Slavyansk,” where the rebels have barricaded themselves in the town hall and SBU security services building, Avakov said.

The head of Ukraine’s national guard, Stepan Poltorak, also at the checkpoint with Avakov, said “we have bottled them up in the centre” of Slavyansk, but added that “our adversaries are well-trained and well-equipped”.

“They are doing all they can to make us resort to heavy weapons, but we won’t do that in order to spare the civilian population,” he said.

Ukraine’s authorities accuse Russia of controlling the insurgency and covertly providing special forces and arms to fight the military. Moscow denies that, saying the separatist gunmen are independent “self-defence brigades”.