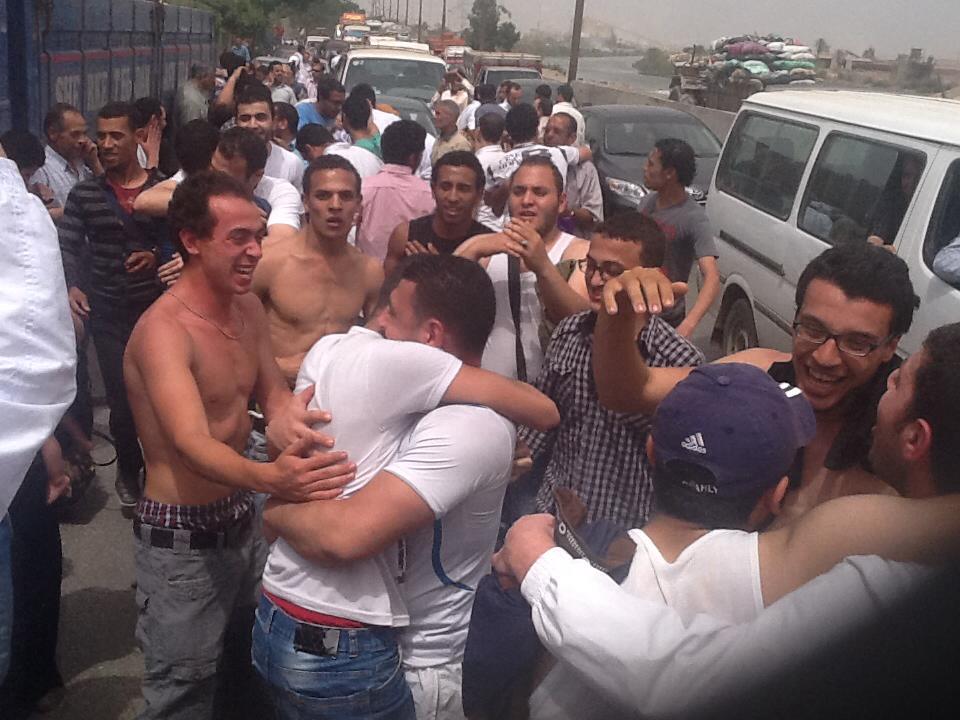 The remaining Downtown detainees, arrested since the third anniversary of the 25 January Revolution were released Monday, while the trial of detainees from Dokki on the same day was postponed to 16 June.

The Downtown detainees released on Monday, after more than 100 days behind bars, are the last to be released from a group of 228 people who were arrested in Downtown Cairo. A lawyer who represents them, Sameh Samir, said the decision to release them was issued on Sunday, on bail of EGP 1,000.

He said that the group faces 12 charges including murder, attempted murder and illegal assembly.

These 228 detainees are part of a total of 1,079 people were arrested on that day, as the revolution’s anniversary was marred by deadly violence.

The Dokki detainees are 61, also part of the 1,079 arrested on that day. The Dokki Misdemeanour Court decided on Monday to postpone the trial of 21 of them to 16 June. They face charges, of “protesting without a permit, illegal assembly and damaging public and private property,” the Association for Freedom of Thought and Expression said.

The 21 will remain behind bars at least until their next court session, Freedom for the Brave, an initiative which provides support and assistance to detainees, said.

Several detainees among the 1,079 protesters arrested during demonstrations marking the third anniversary of the revolution have complained of being subjected to torture during their detention. Assem described facing “humiliating treatment” behind bars but added that the treatment improved after “pressure from outside.”

Their detention conditions have been condemned by several human rights organisations, including Amnesty International and several other domestic organisations. The Ministry of Interior, however, denied torture allegations reported by those who had been preventively detained.