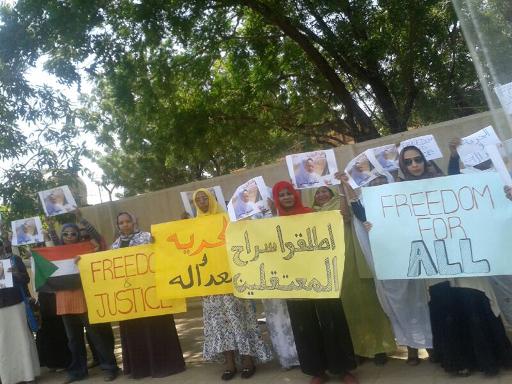 AFP – South Sudanese troops and rebels battled in the key oil town of Bentiu Monday as the government waged a major offensive, despite insisting peace talks would go ahead to end the four-month long civil war.

Army spokesman Philip Aguer said there had been heavy fighting Monday in the northern town, state capital of the oil-producing Unity state, a day after government troops moved to wrest back control.

“We are fighting in and around Bentiu to take back control,” Aguer told AFP. “They are resisting but we have the upper hand.”

Bentiu fell into rebel hands last month, and opposition forces were accused by the United Nations of massacring hundreds of civilians. The town has swapped hands several times.

Both sides have been accused of war crimes including mass killings, rape, attacks on hospitals and places of worship and recruiting child soldiers.

The battles come just days after South Sudanese President Salva Kiir agreed during a visit by US Secretary of State John Kerry to hold direct talks with rebel chief Riek Machar on ending the civil war in the world’s youngest nation.

But despite the fighting, Juba said it was committed to peace talks and that the president remained determined to meet with his arch-rival, the former vice-president turned rebel leader Machar.

“Of course the president (Kiir) is willing to meet face-to-face with the rebel leader (Machar) so that they sit together to bring peace in the country,” Foreign Ministry spokesman Mayen Makol told AFP.

“People are working on that to try to make it as soon as possible,” Makol said, adding that no date has yet been set.

However, the army said that Machar is currently hiding in remote bush after fleeing ahead of the successful capture of his former rebel base at Nasir, a riverside town close to the border with Ethiopia.

“We are in control of Nasir and all is quiet there, with the forces of Machar on the run,” Aguer added. “We believe he is hiding out somewhere near the frontier with Ethiopia.”

The war has claimed thousands – and possibly tens of thousands – of lives, with at least 1.2 million people forced to flee their homes, many living in appalling conditions in overstretched UN bases and in fear of ethnic violence.

A January ceasefire was never enforced, while stop-start peace talks in Ethiopia are yet to achieve even agreement on the basic agenda for discussion.

Mayen however spoke optimistically of the two sides possibly agreeing on a fresh ceasefire “this coming week.”

Although starting as a personal rivalry between Kiir and Machar – who was sacked as vice president – the conflict has seen armies divide along ethnic lines and fighting pitting members of Kiir’s Dinka tribe against Machar’s Nuer.

Aid agencies are also warning that South Sudan is now on the brink of Africa’s worst famine since the 1980s, while both Kerry and the UN human rights chief have spoken out over their fears that the country could slide towards a genocide.

The conflict erupted on 15 December with Kiir accusing Machar of attempting a coup. Machar then fled to the bush to launch a rebellion, insisting that the president had attempted to carry out a bloody purge of his rivals.

Rebels have said they want to seize the lucrative oil fields, but the army insists they are in full control, although production has slumped with staff evacuated.

“Oil areas have been affected by rebel attacks as they killed the engineers … but in terms of control they are in our hands,” army spokesman Aguer said.