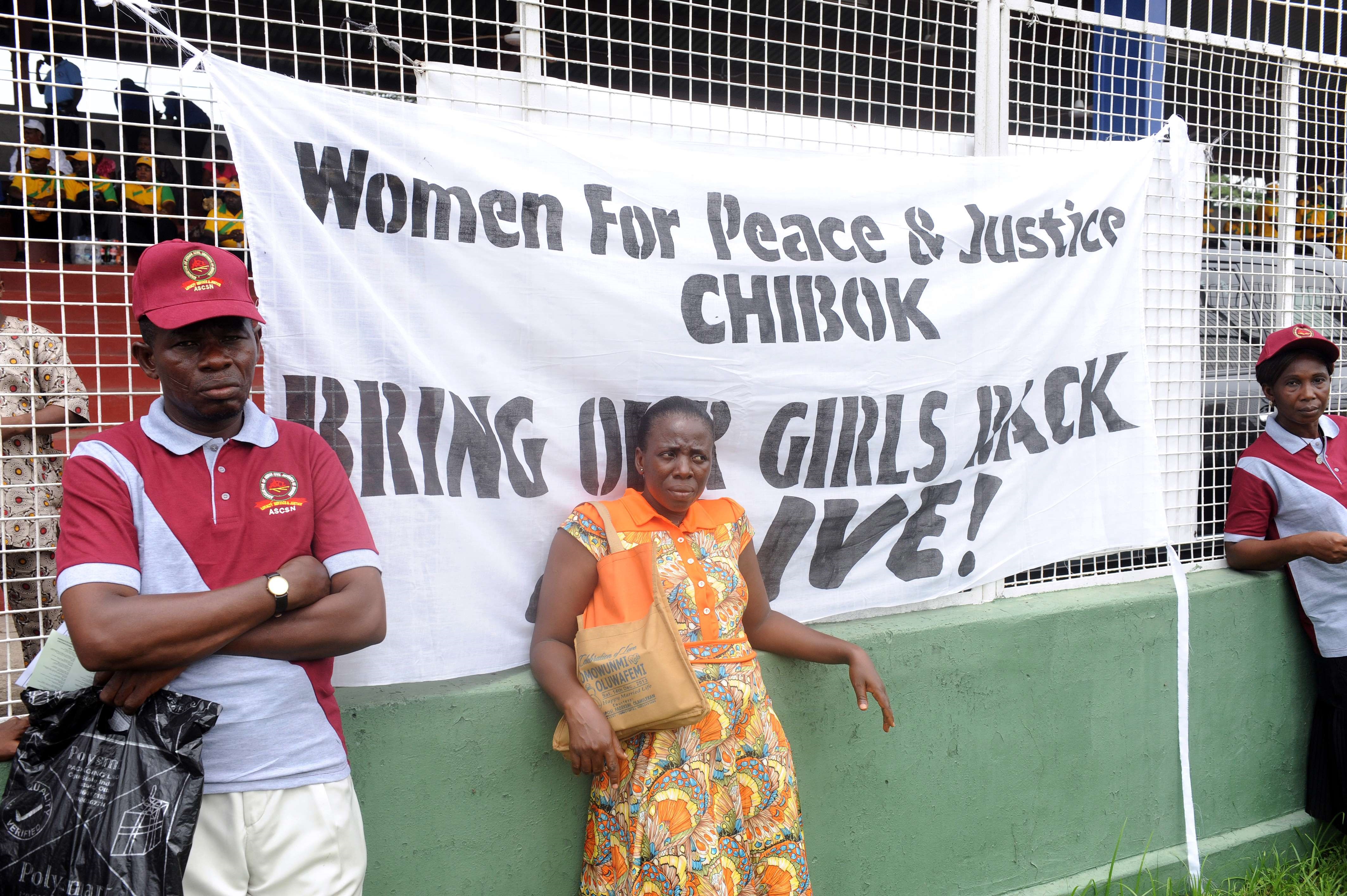 AFP – The UN human rights office warned Tuesday the threatened sale into slavery of hundreds of schoolgirls kidnapped by Boko Haram Islamists may constitute a crime against humanity.

“We are deeply concerned about the outrageous claims made in a video believed to be by the leader of Boko Haram in Nigeria yesterday, in which he brazenly says he will sell the abducted schoolgirls ‘in the market’ and ‘marry them off’, referring to them as ‘slaves,’” said Rupert Colville, spokesman for UN rights chief Navi Pillay.

A total 276 students were kidnapped three weeks ago from their boarding school in Chibok, northern Nigeria. Several managed to escape but over 220 girls were still being held, according to police.

In a video obtained by AFP Monday, Boko Haram claimed the 14 April abduction and issued its threat, sparking international anger.

“We condemn the violent abduction of these girls,” Colville told reporters.

“We warn the perpetrators that there is an absolute prohibition against slavery and sexual slavery in international law. These can, under certain circumstances, constitute crimes against humanity. The girls must be immediately returned, unharmed, to their families,” he said.

Anger and frustration have escalated in Nigeria at the government’s failure to find the girls.

Pillay has written to Nigeria’s President Goodluck Jonathan urging his government to spare no effort to bring the girls home safely and to protect children’s rights overall.

During a visit to Nigeria earlier this year, Pillay described the actions of Boko Haram as “increasingly monstrous”.