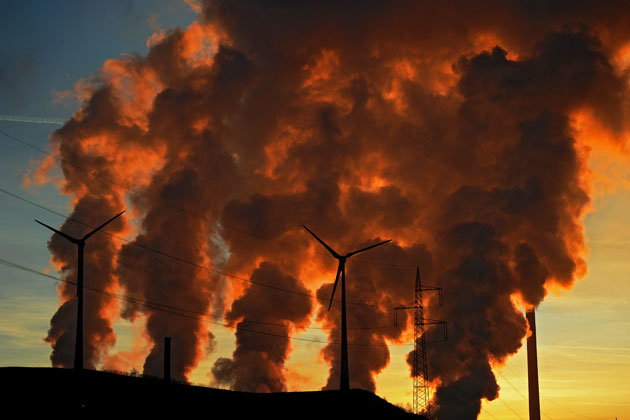 Burning coal is one of the world’s most harmful practices for the environment and people’s health, according to a report from the international environmental organisation Greenpeace.

The carbon dioxide (CO2) emitted during coal burning is not the main problem, according to the report, titled “The True Cost of Coal”. Rather, the whole process of producing and using the fuel, including mining, combustion, waste disposal and some types of re-cultivation, can contribute to health problems, such as black lung disease.

Before the government announced plans last month to begin importing coal as a means of combating ongoing energy shortages, Minister of Environment Laila Iskander expressed concern that burning coal would cause health problems for Egyptians over the long term. The Doctors’ Syndicate has also condemned the decision, issuing a statement Saturday in support of an Egyptian Centre for Economic and Social Rights (ECESR) lawsuit attempting to block the government from using the controversial fuel because of its negative impact on health and the environment.

The true cost of coal, according to the report, is revealed in its effect to climate change, human health and fatalities due to major accidents resulting from mining operations. Burning coal contributes to climate change by emitting greenhouse gases, such as nitrogen oxide and methane, as well as black carbon and toxic chemicals, including mercury and arsenic, into the atmosphere, Greenpeace reported.

The world’s dirtiest fuel, coal, is a dominant source of the globe’s carbon dioxide. Coal use grew 30% between 1999 and 2006 because it is used to produce around 40% of the world’s electricity, according to Greenpeace.

Across the planet, 11bn tonnes of CO2 come from coal-fired power generation every year. “If plans to build new coal-fired power plants go ahead, CO2 emissions from coal will increase 60% by 2030,”  Greenpeace reported.

“Coal may have been essential in powering the industrial revolution, but now its time has passed,” the report noted.

Depending on renewable energy and increasing energy efficiency could cut global CO2 emissions from fossil fuels by 50% and deliver half the world’s energy needs by 2050, according to Greenpeace. Using renewable energy would also save the world up to $180bn a year.

According to an analysis conducted by the independent Dutch research institute CE Delft, the annual damage burden of coal combustion power plants is estimated at €355.75bn.

Egypt is already suffering from air pollution with fine particles especially in big cities like Cairo, according to a recent ECESR study. The country ranks among the 10 most air polluted countries, ECESR reported.

The study estimated that harmful emissions from coal usage could multiply the environmental issues and disease caused by air pollution.