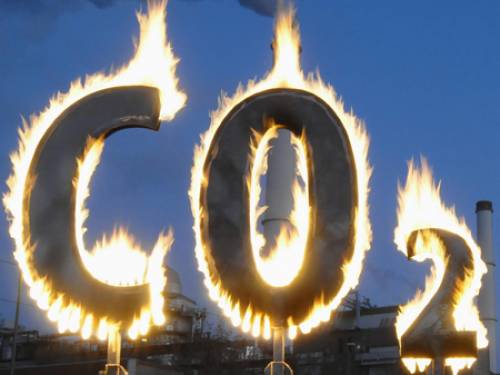 The implementation of the interim government’s decision to impose a carbon tax on coal usage is awaiting the finalisation of environmental standards for coal usage, head of the tax committee in the Federation of Egyptian Industries Mohamed El-Bahey told the Daily News Egypt.

The carbon tax is a tax on carbon dioxide (CO2) emissions that result from burning fossil fuels such as coal; it aims to create an incentive to reduce harmful emissions.

In an attempt to address the country’s energy shortages, discussions over imposing a tax on coal usage began immediately after it was approved as an alternative energy source in April; however, the value of the tax remains unknown.

Head of the Tax Authority Mostafa Abd El-Kader stated in April that the government’s decision to levy a tax follows the global trend of using coal as an alternative energy source. The tax will not negatively affect the industry or the process of attracting investments, he added.

Cement factories would respect the law if the tax was issued, head of the cement industry division at the Federation of Egyptian Industries Medhat Stephanos said.

Researcher at the Egyptian Centre for Economic and Social Rights (ECESR) Isabel Bottoms said that the carbon tax is not implemented properly on a global scale, adding that there is no international price on carbon usage.

The carbon tax was proposed by the European Commission in 2010, but it has not been agreed upon by the 27 member countries in the European Union. The tax has been enacted in Denmark, Finland, Ireland, the Netherlands, Norway, Slovenia, Sweden, Switzerland, and the UK. However, this is not a uniform carbon tax for fuels in all sectors.

The US, while lacking a nationwide carbon tax system, has seen a number of states introduce the tax.

The UK introduced a climate change levy in 2001 on the use of energy in the industry and commerce sectors. Tax revenues are used to maintain the country’s energy efficiency and support the use of renewable energy sources.

With the aim of following up on the regulatory updates for coal usage, Egypt’s government decided in late April to form a committee which includes representatives from the ministries of Petroleum, Electricity and Environmental Affairs.

Minister of Industry, Foreign Trade and Investment Mounir Fakhry Abdel Nour said last month that the government is currently working on setting environmental standards and regulations for the industrial use of coal, adding that the importing of coal will not begin until regulations are ratified.

However, Stephanos said that the environmental standards and regulations are already included in the law, “but the ministry of environment wants to amend them”.

“The procedures of using coal will be continued as long as it complies with the current regulations,” Stephanos said, noting that the government is not responsible for the implementation process of coal usage, which includes importing, pricing and restoration. “These things will be done through the importing factories,” he added.

Stephanos said that coal continues to be imported, adding that there are many coal users in Egypt, including “some electricity stations”.