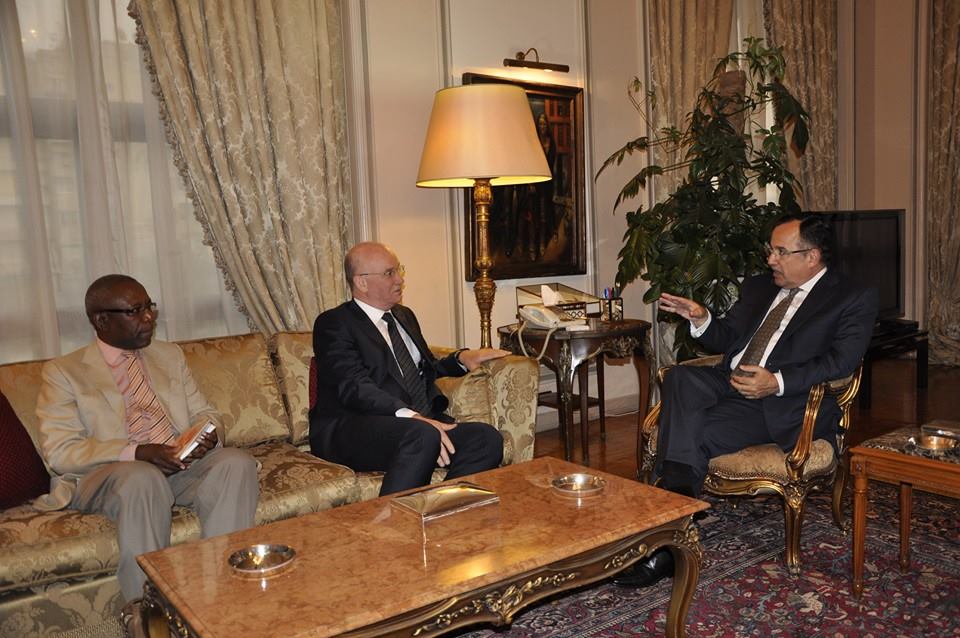 Egyptian Foreign Minister Nabil Fahmy met Monday with the African Union Peace commissioner to discuss Egypt’s role in peacekeeping forces throughout the continent as well as the Egyptian roadmap, which is entering its final stages with presidential elections looming on the horizon.

A spokesman for the foreign ministry said the meeting “dealt with relations between Egypt and the African Union,” especially in regard to Egypt’s contribution to African Union peacekeeping forces.

Fahmy and the Peace and Security Commissioner discussed Egypt’s membership in the union, which has been frozen since Mohamed Morsi’s 3 July ouster.

Talks between Fahmy and Al-Naimi centred around “coordination between the two countries and between similar developing countries” that wish to deal “with the issue of the environment positively”.

On Sunday, Fahmy took part in a “high level ministerial meeting on climate change” in the United Arab Emirates, during which he also met with his Emirati counterpart bin Zayed.

In January 2014, The African Union High-Level Panel for Egypt “affirmed the correctness” of the July 2013 decision to suspend Egypt’s activities within the union.

“It is important that the PSC remain actively seized of the situation in Egypt to enable it to assess progress towards the full restoration of constitutional order and take the necessary steps in this regard,” the report said.

Representatives of the now outlawed Muslim Brotherhood told the panel that they welcomed the PSC’s decision to suspend Egypt from the African Union. They “complained against arbitrary arrests and killings of their members, and rejected accusations that they were resorting to violence to further their agenda.”