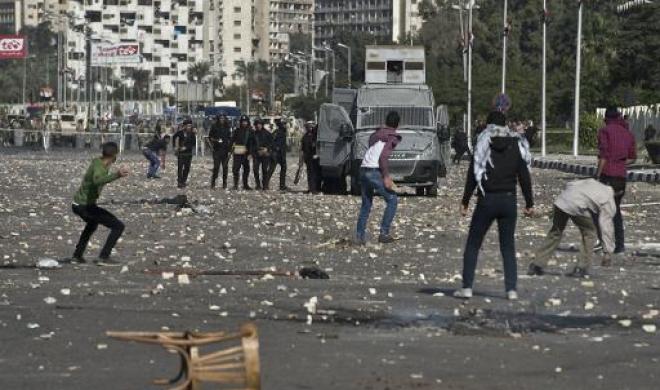 Clashes between Al-Azhar University students and security forces erupted on Tuesday night and ended within hours, after more students were expelled from the university.

A student at the university and eyewitness from the clashes, who identified himself as Ahmed, said that the clashes broke out at around 9pm after students gathered outside the university dorms to object the expulsion of fellow students.

The eyewitness said that while there were no fatalities; however, several students were injured as a result of the birdshot and teargas fired at them. Ministry of Interior spokesman Hany Abdel Latif denied the use of birdshot.

Ahmed said: “So much teargas was used during the clashes that even people who were inside the buildings were affected.”  He also denied that the students were blocking a road during their protest.

There are conflicting figures on the exact number of expelled students and the university administration could not be reached for comment.

Al-Azhar’s Students Against the Coup group said that 79 were expelled on Tuesday. That number, added to the 76 expelled on Sunday, would bring the total to 145. Ahmed said these are only the expelled students and that there are also those who “have been suspended for a year or two”.

However, Al-Ahram on Tuesday published a list with the names of the 131 students expelled by Al-Azhar University President Osama El-Abd.

Interim President Adly Mansour had issued a decree in February which added an article to the law regulating universities. The decree allows the president of a university to expel students who take part in “acts of terrorism”, acts that are detrimental to the educational process, cause danger, target university facilities and public and private property or incite violence.

Last month, 27 students were expelled for alleged complicity in violence.

This academic year has been the most violent for Egyptian universities, with Al-Azhar University being at the epicentre of this violence as student protests frequently turned into clashes with security forces.

The total death toll from the clashes is 14 confirmed deaths as of April; 5 of those deaths occurred during the first semester.

In February, the Supreme Council of Universities signed a protocol with the Ministry of Interior to secure university campuses, authorising security forces to be present outside universities and only interfere on campuses with the permission of university chairmen.

The second semester began on 8 March, after being postponed twice. The cabinet cited renovations to university buildings and dorms “after being vandalised through riots exercised by misguided students” during the previous semester for the postponement. The semester was slated to begin a month earlier.