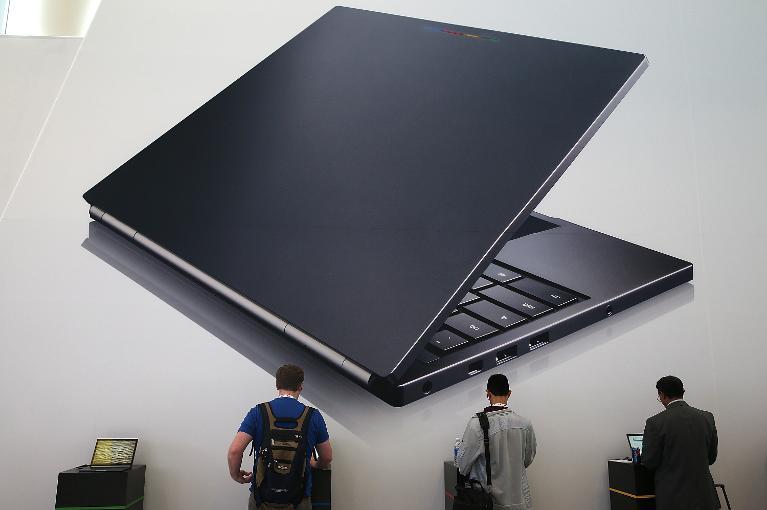 Google’s drive to put the future of personal computing firmly in the Internet “cloud” got a boost on Tuesday from chip titan Intel and hardware giants including Lenovo.

The array of Chromebooks coming to market included the first one from Lenovo aimed directly at the consumer market. China-based Lenovo is the world’s leading personal computer company.

Popularity of a Lenovo Chromebook tailored for students in schools prompted the company to create a model for use outside of class, according to Lenovo “ambassador” Ashley Rodrigue.

“We have seen significant momentum and traction on the Chrome side of the house,” Rodrigue told AFP.

“Because of that, we have taken a look elsewhere at the growth of Chrome.”

Chrome challenges the traditional model of installing and maintaining programmes on machines, instead letting devices serve as doorways to applications or services hosted at data centers connected to the Internet.

Chromebooks are also known for bargain prices. For example, Lenovo models will start at $279.

Shifting operating software to banks of servers online means that Google updates programmes and fends off hackers and malicious software.

This is particularly appealing in the education market, where teachers prefer to focus on lessons instead of tech trouble-shooting and schools typically face tight budgets, according to Rodrigue.

“We saw today the tremendous amount of variety that is coming,” Google product management vice president Caesar Sengupta said at the press event.

“I see people getting a lot more choice and differentiation among Chrome devices; it is a good thing for users.”

Google introduced the first Chromebook in mid-2010 in a challenge to Windows operating software at the heart of Microsoft’s empire.

Since then, the list of Chromebook makers has steadily grown and Chrome “boxes” designed for desktop computing have been added to the line-up.

Google is adamant that it remains devoted to its Android software for powering tablets and smartphones, following two paths when it comes to Internet-synched hardware.

CSG seeks to increase business in Gulf region in 2017