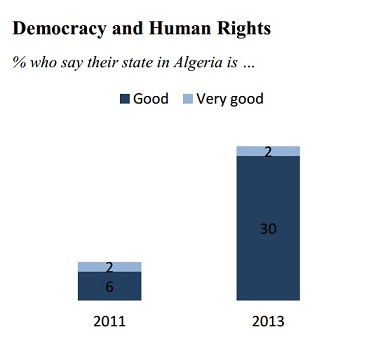 It is early morning in Nairobi, the Kenyan capital. The traffic jam along Ngong Road, one of the city’s main feeder roads, stretches for kilometres as matatus (taxis), buses and cars try to make their way into the central business district. At the top floor of Bishop Magua Centre complex, sitting just off Ngong Road, Antony Njoroge is already at work, typing away at his computer, a mug of freshly brewed coffee beside him. He is the founder of RevWeb, a local software development company.

Njoroge works out of iHub, a working space that hosts developers, designers and others working with technology software. It is one of the most well-known tech hubs in Africa. In just four years since its founding, the iHub has over 13,000 members in its online and off-line community, held close to 500 events and had over 50 companies calling it home.

The growth of iHub represents how information and communication technology (ICT) in Kenya has advanced over the past 15 years. This digital revolution started in 1999 with the entry into market of KenCell (later Zain, and now Bharti Airtel) and Safaricom mobile network operators. In 2001, the Communication Commission of Kenya reported that the number of mobile phone subscribers had “increased to a staggering 330,000”. Looking back, that figure seems laughable; in 2013 the same commission reported 30 million subscribers.

The scene is no different across Africa; mobile phone penetration has grown from 1% in 2000 to 54% in 2012. Today there are more than 754m connections in sub-Saharan Africa and over 35 mobile network operators in Africa. Several countries, such as Seychelles, Tunisia, Morocco and Ghana, have mobile subscription penetration rates in excess of 100%. Tunisia, at 120%, has 10.8m more cell-phone connections than it has citizens.

There is no doubt that mobile infrastructure has become as important to national economies as road or energy infrastructure. Aside from providing voice and internet access, mobile networks in some African countries now facilitate more individual and small business financial transactions than the banking industry. Kenya’s M-pesa, a SMS-based money transfer system, moves over $24m each day, about $8.8bn annually – or 40% of the country’s GDP – within its 17 million strong user network. EcoCash in Zimbabwe, run by Econet Wireless, signed up 2.3 million Zimbabweans in just 18 months after its launch in September 2011, outnumbering all of Zimbabwe’s traditional banking accounts combined. Over a million of these accounts are active and push about $200m of volume over the EcoCash platform every month, according to the Global Strategic Marketing Alliance, a global consulting firm.

The second wave of Africa’s digital revolution came in the latter half of the last decade, with the connection of the continent to the rest of the world via undersea fibre-optic cables. These cables have dramatically increased the transmission capacity of data and drastically reduced transmission time and costs. Prior to fibre-optic installation, internet service providers relied on satellite connections, paying up to $2,300 per month for basic satellite connections. Using fibre-optic cables, they can now get the same connection for less than $100. It is on this wave that tech hubs such as Kenya’s iHub, Tanzania’s Kinu, Nigeria’s CcHUb and South Africa’s JoziHub in Johannesburg came into existence.

There are now 16 undersea cables connecting Africa to the Americas, Europe and Asia. All but two countries—Eritrea and Western Sahara—with a coastline have a cable landing on their shores, tripling the internet capacity in Africa over the past three years. A single cable can have multiple docks. For example the Seacom cable serves Kenya, Tanzania, Mozambique and South Africa.

The number of internet users on the continent grew at 7 times the global average, clocking more than 3,600% growth between 2000 and 2012, to 167 million users, according to data from Internet World Statistics, a website that tracks internet and social media usage. In Kenya, which has been Africa’s leader in internet usage growth, the Communication Commission of Kenya reports that internet users grew from 200,000 in 2000 to over 19.6 million at the end of last year, a staggering 9,700% growth.

However, as impressive as the numbers look, it has not been all smooth-sailing. Take the case of South Africa, for example. Over the next few years, South Africa expects an additional four fibre-optic cables to link it to the rest of the world, increasing its capacity significantly. However, players in the market are not convinced the new cables will make a difference due mainly to connectivity problems.

“Whilst some of these new cables will no doubt change the supply situation which will reduce the cost of international capacity, I don’t think they’ll have a big impact for the vast majority of users in southern Africa; most costs are domestic rather than international,” Mark Simpson, the chief executive officer of Seacom, a submarine fibre-optic company, told Africa in Fact, a publication of Good Governance Africa, an advocacy group.

The problem in South Africa lies not in capacity but in connectivity. Once docked at the coast, the connections need to make it to homes and businesses. While a national fibre-optic grid is currently under construction, the lines have not reached the “last mile”, that is the actual physical connection to homes or businesses.

Telkom, the state telecoms operator, the only company in charge of the last mile, is responsible for the delay, says Africa in Fact. Consumers often wait months to get the necessary lines installed. This problem is not unique to South Africa. In Zambia, for instance, most safari lodges, which are a key part of the country’s tourism industry, are forced to depend on unreliable satellite internet connectivity, even when they are near metropolitan areas, because there is simply no other option.

Leo Mutuku, head of iHub’s Data Science Laboratory, agrees that the biggest challenge has been the last mile connections, especially outside urban areas where there are significant difficulties in accessing broadband internet. “A lot of the people living within 25kms of a fibre-optic cable do so [access the internet] possibly because it passes by their villages headed to the next town,” says Mutuku, adding that internet service providers do not find it viable to make significant investments laying cables to each home.

With no private investments to support the laying of the last mile, especially in rural Africa, the government’s role in funding fibre-optic deployment is crucial. However, governments across the continent have not created enabling environments by passing appropriate laws.

“Fundamentally, the biggest issue holding back access is the slow pace of the regulatory process,” Arthur Goldstuck, a South African ICT industry analyst says. “If the policy directives aren’t forthcoming, then regulatory advancement is not forthcoming,” he added.

Africa in Fact lists South Africa’s policy directives as including the removal of Telkom’s monopoly over the fixed-line network, the establishment of a strong regulatory policy to unbundle local loop to give other providers direct access to Telkom’s exchanges and better management of the electromagnetic spectrum on which wireless, radio and TV signals are broadcast.

African governments are slow in passing laws that provide guidance on the development and use of ICT infrastructure. Nigeria, for instance, relies on laws of yesteryear. Its ICT is currently administered under three main policy documents: the National Mass Communication Policy of 1990, the National Telecommunications Policy of 2000, and the National Policy for Information Technology of 2000.

On the other hand, Tunisia is one of the leading ICT countries. This was highlighted when Tunisians extensively used social media in ousting former President Zine el-Abidine Ben Ali in 2011. With an internet penetration rate of more than 41% in 2012, Tunisians are among the world’s most active users of Twitter and Facebook, according to Internet World Stats. The country’s internet infrastructure is also fairly modern, with two ground connections to Libya and Algeria and three undersea cables to Europe. However, internet connectivity and access is limited to Tunisians living along the coast.

As with other regions, Africa also faces the threats posed by internet security and privacy issues. In its attempt to create enabling legislation, the African Union crafted the Convention on Cyber-Security (AUCC) in 2011 to provide legislation and guidance on the “organisation of electronic transactions, protection of personal data, promotion of cyber security, e-governance and combating cybercrime”. The continental body is currently seeking ratification of the convention, but has met resistance from civil society organisations who feel the convention infringes on citizens’ rights to freedom of expression and privacy. Some of its provisions will also make it difficult for internet service providers and online businesses to operate. A vote to ratify the convention was postponed indefinitely last January.

While Africa’s growth in mobile and internet access has been rising faster over the last decade than any other region of the world, the continent is still playing catch-up. It still has the lowest percentage of population accessing the internet, at only 15% in 2012. The continuing investment in infrastructure, dropping costs, rising incomes and demographics, however, will lead to a far greater growth over the next decade.

Speaking to Africa in Fact magazine, Steve Song, an advocate for better connectivity in Africa said: “Affordable access is no longer a luxury. It is a tide that raises all ships. It creates efficiencies at every level from the rural farmer to the large corporation. It can facilitate better governance through better communication and increased transparency. It can enable better healthcare, better education, better services all round. And perhaps most importantly, it opens the doors to innovation, to new ideas and new opportunities for everyone.”

Joel Macharia is an entrepreneur and consultant in technology and digital media in Nairobi, Kenya.

This article was originally publish in Africa Renewal