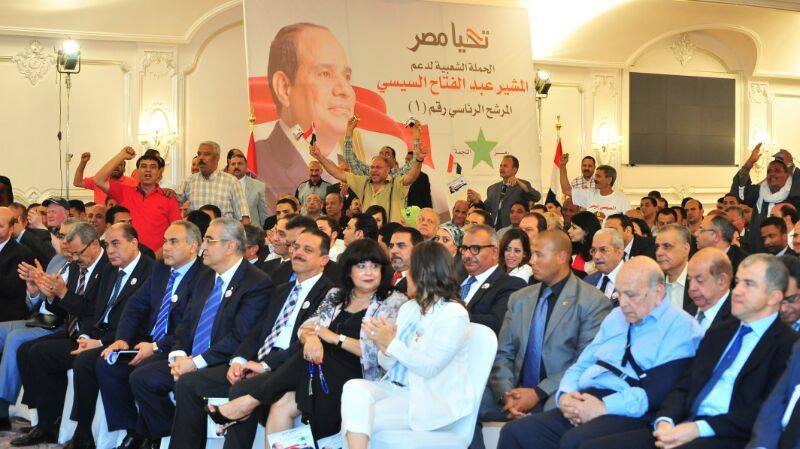 During his meeting with the young investors and businessmen, the resigned field marshal listened to the attendees’ ideas about Egypt’s economy to integrate them with his economic development plan.

The statement added that the reason for meeting SME owners is Al-Sisi’s belief that SMEs are an integral part of the economy.

“No one is capable of solving Egypt’s problems on his own, without the unification of the Egyptian people no advancement would take place,” said Al-Sisi.

Al-Sisi’s campaign released an official video about the candidate’s family and past titled “The Secrets of Al-Sisi’s Character and Raising in Gamaleya”.

Member of Al-Sisi Youth Committee and Head of Mustaqbal Watan (Future of a Nation) Campaign Mohamed Badran is on tour to Gulf Countries to meet with Al-Sisi supporters in these countries.

On Saturday, members of Al-Dostour Party held a number of campaigning events supporting Hamdeen Sabahy in a number of governorates including Cairo, Port Said, Fayoum, Beni Suef and Qaliubiya. Al-Dostour members marched holding signs and posters of the presidential candidate, sprayed graffiti and handed out leaflets of the candidate.

The liberal party Al-Dostour was the first to publicly endorse Sabahy on 16 April prior the deadline of handing in signatures to the Supreme Electoral Commission, helping the presidential candidate to finalise his signatures.