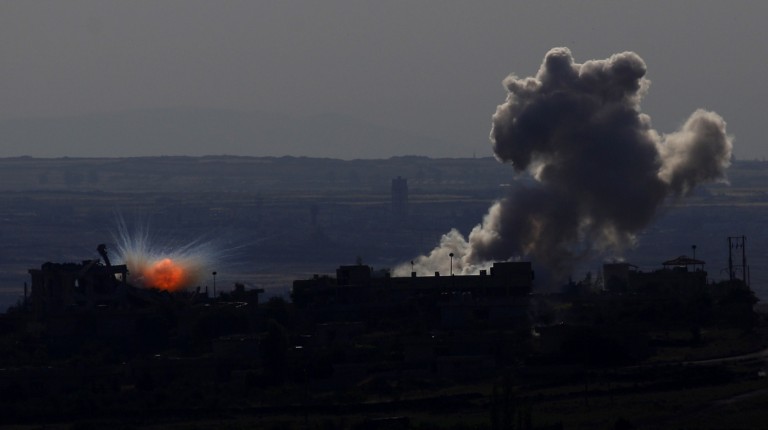 AFP – Israel’s army on Sunday declared part of the Israeli-occupied Golan Heights a closed military zone, fearing battles on the Syrian side would spill over the ceasefire line.

An army spokeswoman told AFP the area around the Quneitra crossing was closed “for security reasons”.

Speaking to AFP, security sources said they feared fighting between rebels and Syrian army forces would affect the area.

Rebels in southern Syria set up earlier this year the so-called Southern Front, including some 30,000 fighters from more than 55 mainstream rebel groups, and have claimed successes, notably in Quneitra.

Israel, which is technically at war with Syria, seized 1,200 square kilometres (460 square miles) of the Golan Heights plateau during the 1967 Six-Day War and later annexed it in a move never recognised by the international community.

In March, Israeli aircraft struck inside Syria in the wake of a bomb attack on the Golan which wounded four soldiers.

Since the Syrian conflict erupted in 2011, the plateau has been tense, with a growing number of stray projectiles hitting the Israeli side, prompting an occasional armed response.