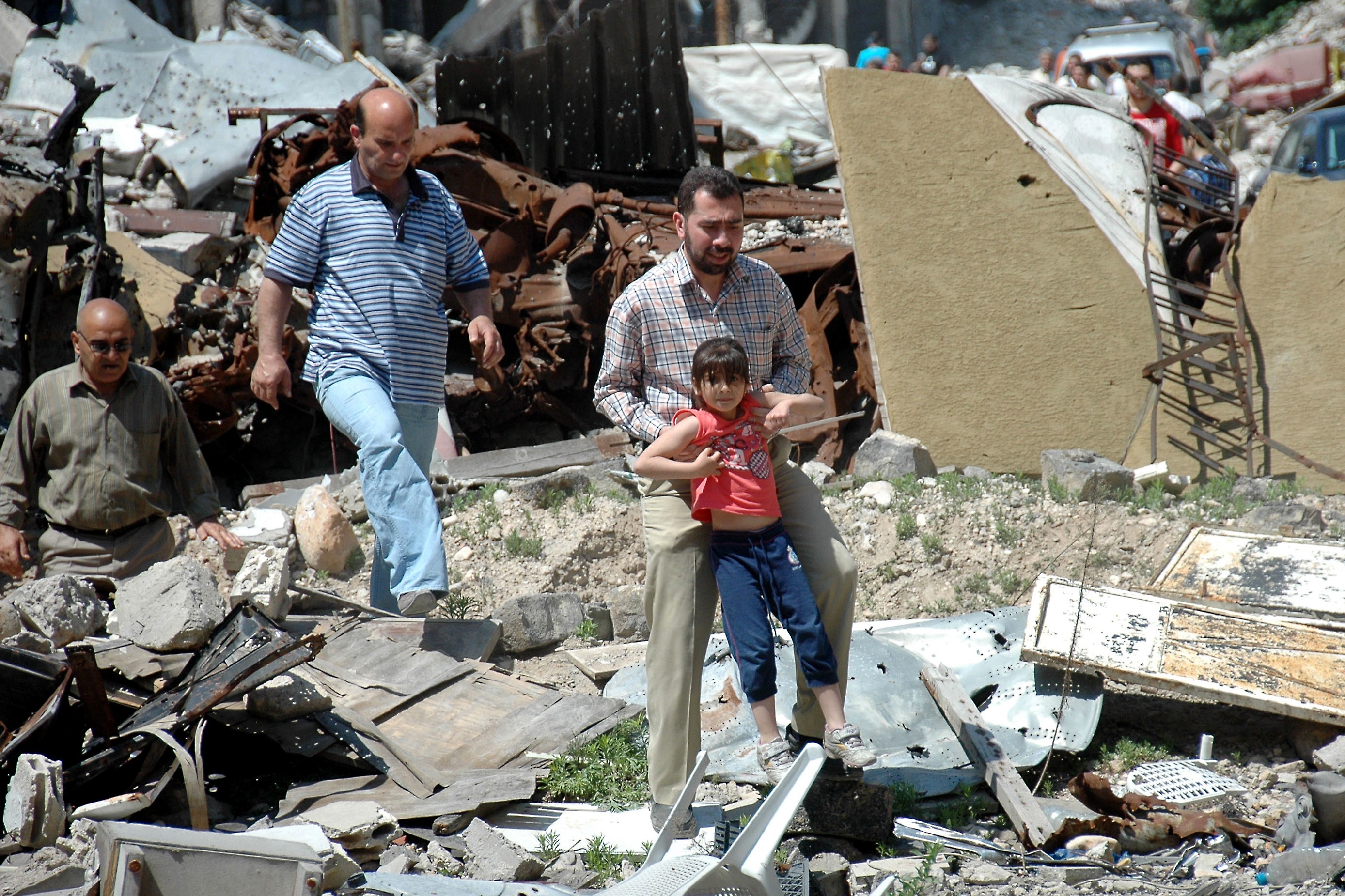 AFP – Campaigning began Sunday for Syria’s 3 June presidential election expected to return Bashar Al-Assad to power, as the regime marked a symbolic victory with the exit of rebels from Homs.

In Damascus, campaign posters lauding Assad hung on shopping streets and in public gardens, in the run-up to the country’s first multi-candidate presidential vote.

The election is being staged despite a raging civil war, with dozens of people dying across the country every day.

Voting will only be held in territory under government control, excluding large areas held by rebels, and refugees who fled through unofficial crossings are barred from voting.

Assad, who is competing for his third seven-year term, came to office in 2000, after the death of his father and predecessor Hafez Al-Assad, who had been in power since 1970.

He faces two competitors, both largely unknown, who qualified from a pool of 23 who sought to run against Assad.

Maher Abdel Hafiz Hajjar is an independent MP and former communist party member from the country’s second city Aleppo, and Hassan Abdullah Al-Nuri is a Damascus businessman who was a member of the internal opposition tolerated by Assad’s government.

In the capital, a few posters for Nuri’s campaign could be seen, calling for a “battle against corruption” as well as a “free economy” and the “return of the middle class.”

His campaign reels have also aired on state television.

But Assad’s campaign posters dominate the landscape, with dozens showing the Syrian flag overlaid with the word “together” and his signature.

In a public garden near the commercial centre of Salhieh, photos of the president hung alongside pictures of Lebanon’s Hezbollah chief and Assad ally Hassan Nasrallah, and Hafez Al-Assad.

In the Sabaa Bahrat neighbourhood, one billboard hung “by citizens of Syria” proclaims: “We won’t close our eyes until we have said yes to the ophthalmologist,” a reference to Assad, an eye specialist by training.

Elsewhere, posters read “Our Bashar, we will not accept a president other than you. We have chosen you, you have our loyalty.”

Outside the capital, posters declaring “with our blood, we elect Bashar Al-Assad” are hung at the country’s border with Syria, and his campaign billboards line the highway leading to Damascus.

The campaigning begins just days after Assad’s government claimed a symbolic victory in the central city of Homs, where it retook the Old City after a deal granting rebels there safe passage out.

The government lay siege to the Old City and surrounding rebel neighbourhoods for nearly two years, and near daily shelling reduced much of the area to rubble.

Under the deal, the last of around 2,000 fighters and civilians left the Old City on Friday, and the government moved back in.

Just one neighbourhood of the central city now remains under opposition control.

Over the weekend, the army swept the evacuated area for explosives and began clearing streets filled with rubble from homes and other buildings destroyed in the fighting.

Residents, some of whom had not seen their neighbourhoods for nearly two years, began to stream back in, many finding their homes destroyed.

On Sunday, state news agency SANA said crews were removing earth embankments in parts of the Old City and residents were continuing to return, albeit temporarily, to inspect the damage and retrieve belongings.

At the Church of the Belt of the Virgin, in the Old City of Homs, the faithful gathered for a mass and prayers of thanks for “the return of security in Homs,” state television said.

Homs saw some of the worst fighting so far in the country’s conflict, which began after a regime crackdown on anti-government protests in March 2011.