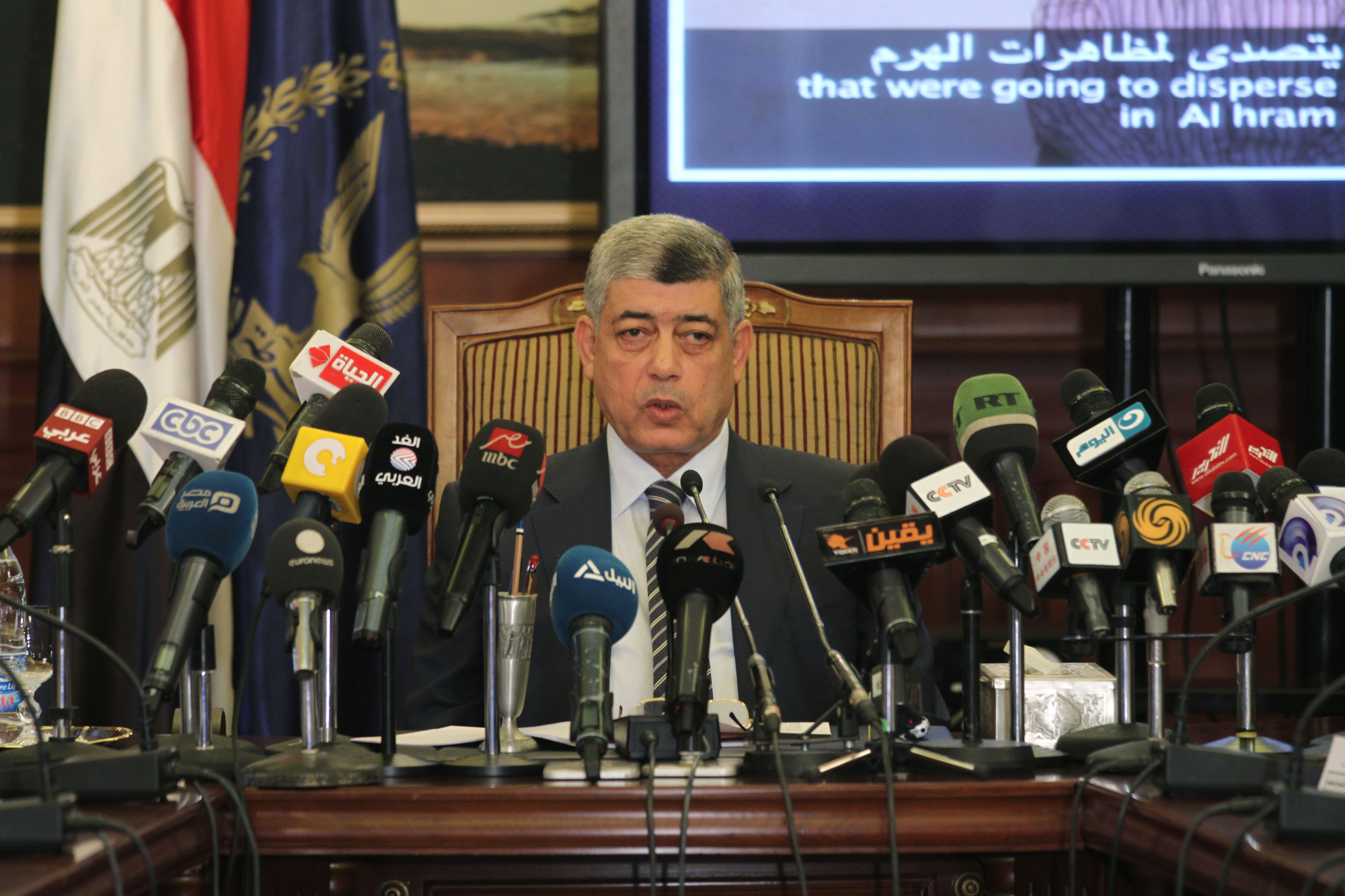 A number of suspects accused of carrying out recent terrorist attacks have been arrested, announced the Ministry of Interior on Monday.

It also announced that the president would issue a decree “within days” to cancel amnesty given to some convicted inmates over the past three years in response to a report implicating a number of them for recent violence.

Minister of Interior Mohamed Ibrahim in a press conference told reporters that police had apprehended 40 “terrorist cells” and had carried out 225 arrests against suspects accused of attacking police, private, and public property since the beginning of last April. Ibrahim also stated that 51 had been accused of burning cars, while 17 were apprehended for administering “inflammatory social networking pages against the police and armed forces”.

The ministry added that 498 had been accused of rioting and instigating violence, while 11 were arrested for setting up warehouses for the manufacturing and concealment of weapons. Ibrahim also said that police had recovered 108 firearms, 52 undetonated explosives and 43 grenades.

The interior minister also said that the security apparatus had formulated a plan to secure Egypt’s border to the west with Libya in an effort to prevent the smuggling of weapons.

During the press conference Ibrahim presented videos of confessions of arrested suspects allegedly belonging to the armed group Agnad Misr, who admitted to carrying out a number of attacks in Cairo on police personnel. Following investigations, police also accused the Muslim Brotherhood and Qatari donors for allegedly funding terrorist operations in Egypt.

Agnad Misr and Ansar Beit Al-Maqdis, two armed groups that have carried out a number of attacks on security outposts, have claimed responsibility for attacks in Giza, Cairo, Ismailia, and Sinai. Last September, Ibrahim was the target of an assassination attempt that was later claimed by the Sinai-based Ansar Beit Al-Maqdis.

In October, Ansar Beit Al-Maqdis claimed responsibility for an attack on the military intelligence building in Ismailia that injured six, claiming that they carried it out “to cleanse Egypt of crime and military foreign agents”. In January, it claimed responsibility for the downing of a military helicopter in Sinai, and in February, for the bombing of a tourist bus that killed four people in the Peninsula.

The list of attacks attributed to the group has reportedly caused public property damage estimated at EGP 247.5m and private property losses worth around EGP 28m.

Interim Prime Minister Ibrahim Mehleb’s cabinet recently amended articles in the Penal Code, and the Criminal Procedures Law to guarantee harsher punishments for crimes relating to terrorism. The amendments are yet to be ratified by the president before being implemented.