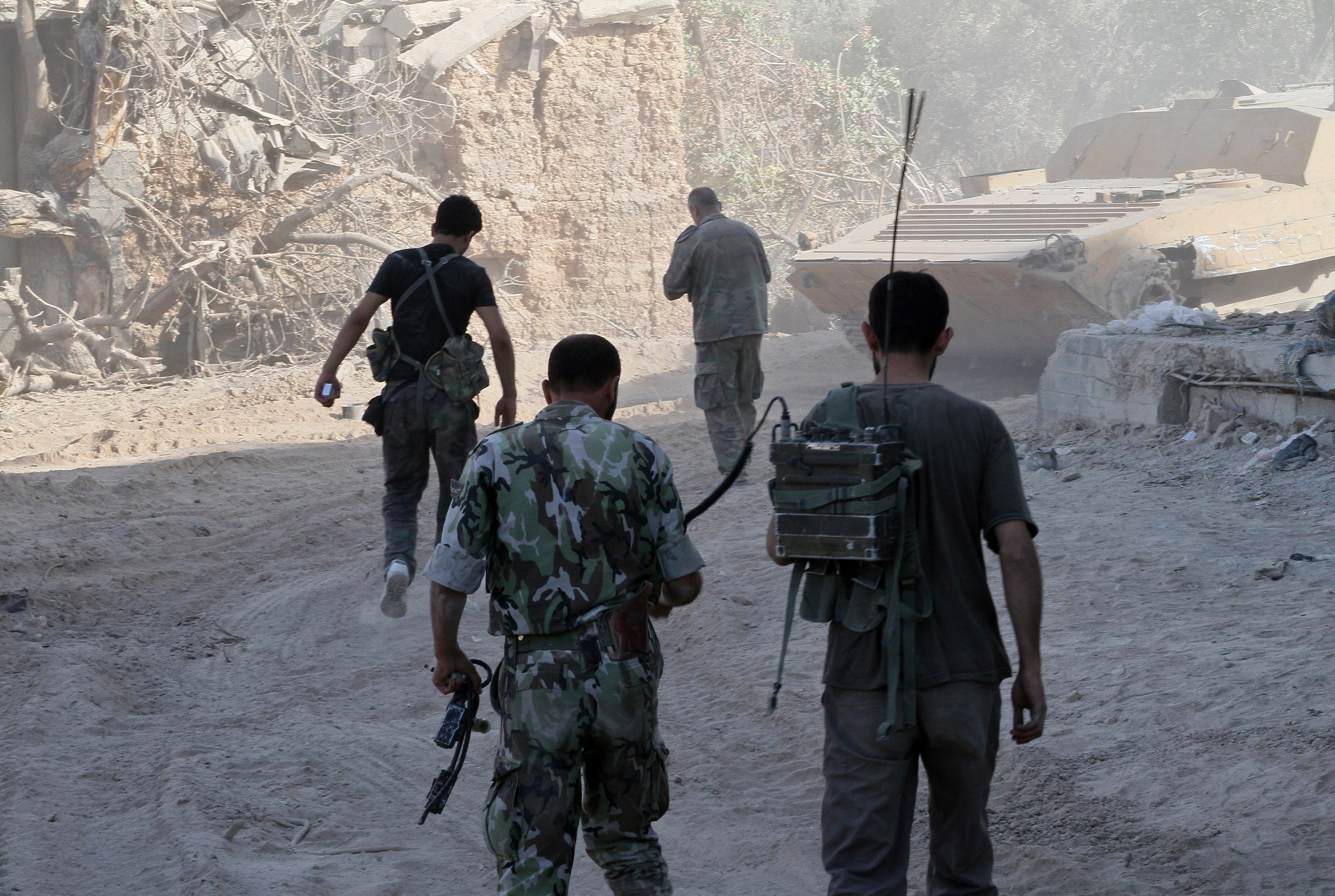 AFP – Syrian rebels have agreed to free 1,500 families in exchange for food and the release of jailed opponents of President Bashar Al-Assad, a newspaper close to his regime said Monday.

The reported agreement involves the release of families held by rebels in Adra, a flashpoint town northeast of Damascus currently under siege by government troops.

Under the deal, food supplies would be allowed into Adra, and an unspecified number of people held in regime jails would be set free, in exchange for the release of the 1,500 families held in the town, said Al-Watan.

In a first phase and as a gesture of goodwill, “a family of eight people would be released in exchange for food for civilians in Adra,” said the newspaper.

Afterwards, “the exchange would involve the release of one family held hostage in Adra per each detainee released” from government jails, it reported.

While the edges of Adra are under government control, the interior of the town, which has Sunni, Alawite and Christian communities, is in rebel hands.

It is strategically located on the northeastern entrance to Damascus, and has in the past been used as a launching pad for attacks on the edges of the capital.

Today it is totally under army siege, while the interior of the town is under rebel control.

When the rebels took Adra in mid-December, they prevented thousands of people — many of them from Syria’s Alawite and Christian minorities — from leaving.

An activist in Adra told AFP via the Internet he could not confirm whether any deal was in the making, but he said the humanitarian situation for people in the town was dire.

“A kilo of rice is sold here at $8. Today, a little child died as a result of the food shortages,” said Abul Baraa.

The deal reported by Al-Watan was being discussed with religious leaders in Douma, a rebel bastion near Adra.

National Reconciliation Minister Ali Haidar told AFP: “I don’t want to discuss this question with the press before the talks are completed.”

At the end of December, at the height of the fighting around Adra, the regime said it had evacuated more than 5,000 residents who had been blocked from leaving by rebels, according to state news agency SANA.

The rebels control Adra’s workers’ city, once home to workers of all religious groups who travelled to the Damascus outskirts for work. The army is still in control of the rest of Adra.