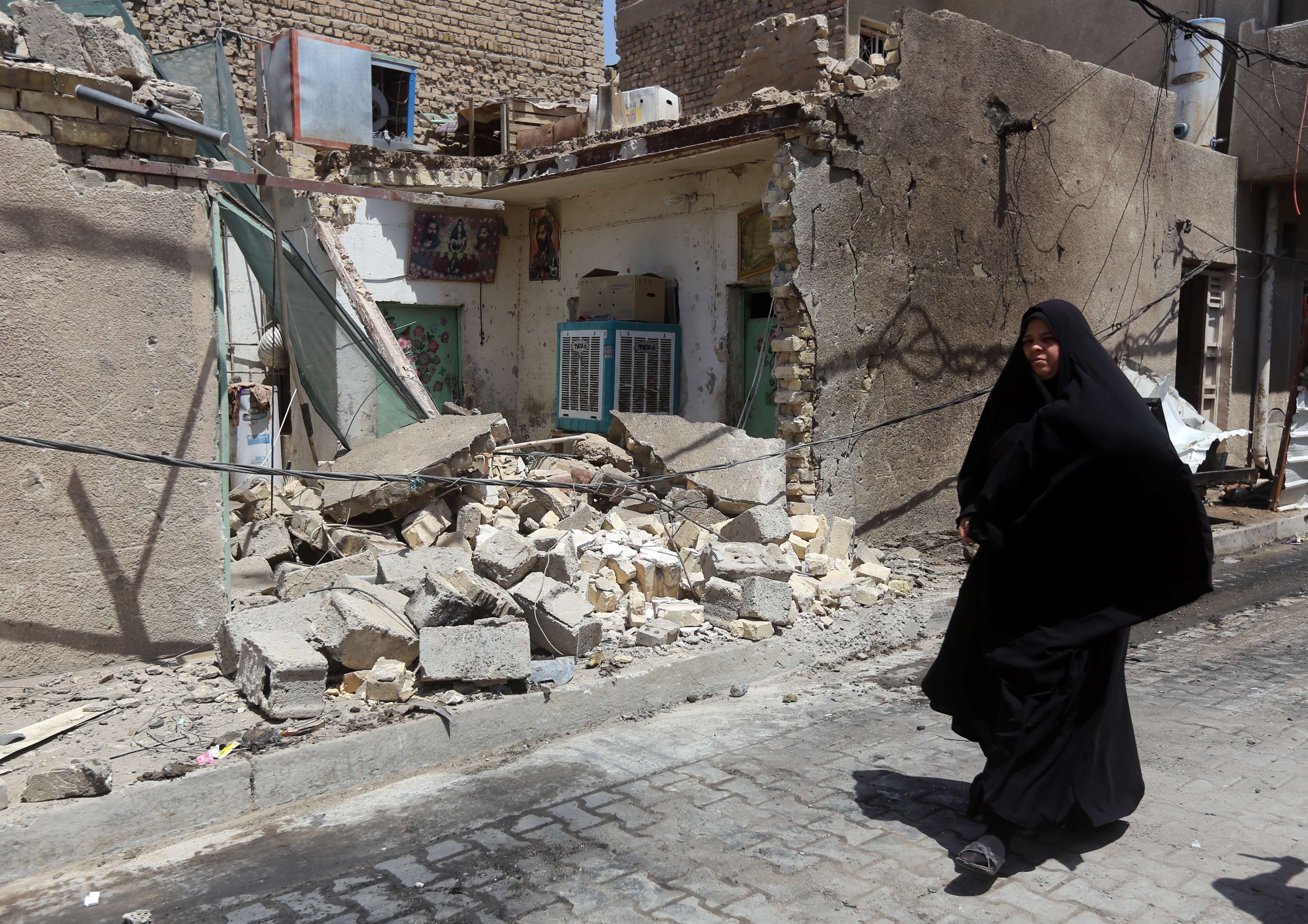 The apparently coordinated blasts, which also wounded 80 people, came as officials tallied votes from April 30 parliamentary polls amid a protracted surge in bloodshed that has killed more than 3,300 people this year.

The government has blamed external factors, such as the civil war raging in neighbouring Syria, for the escalating unrest this year.

But analysts and diplomats say the Shi’a-led authorities must also do more to reach out to the disaffected Sunni minority and undermine support for militancy.

At least nine car bombs went off throughout the morning, when the city is typically gridlocked.

Smoke could be seen rising above several areas of the capital, and AFP journalists reported several shopfronts badly damaged and nearby cars reduced to mangled wrecks of metal.

In Karrada, where three people died, the owner of a garage said the blast was caused by a militant posing as a customer who left his car there, asking for the brakes to be fixed.

“He said he would leave the car and go looking for spare parts, and then he left,” said the 54-year-old who identified himself as Abu Nuri.

“Only one of my employees was in the shop when a huge explosion went off. He fell down, and smoke was everywhere. Many people were crying, and others were running away.”

Abu Nuri railed against the authorities and security forces, telling AFP: “The state has failed, it has completely failed!”

“Attacks target only innocent people, and those heroic officials are completely protected in the Green Zone,” he said, referring to the heavily-fortified Baghdad district, home to parliament and the US and British embassies.

Two car bombs also exploded near a traffic police headquarters in the eastern Baladiyat neighbourhood, and blasts also hit Sadr City, Urr, Jamila, and Maamal, all of which are Shi’a-majority.

Another vehicle rigged with explosives was also detonated in the mostly-Sunni area of Arab Jubour, killing three, while a roadside bomb also went off near a police patrol in southeast Baghdad, killing one.

Elsewhere, two people, including a young boy, were killed in a rocket attack just north of the capital, while two others died in a car bomb in the town of Balad.

No group immediately claimed responsibility for the attacks.

But Sunni militant groups have in the past set off coordinated bombings in the capital and often target the country’s Shi’a majority, whom they regard as apostates.

Interior ministry spokesman Brigadier General Saad Maan, who has criticised the media in the past for over-egging the level of unrest, played down the city-wide violence, saying in a statement that only one civilian had been confirmed wounded.

Iraq is suffering its worst violence since the Sunni-Shi’a sectarian conflict that killed tens of thousands of people in 2006-2007.

Security officials have expressed worry that militants could seek to exploit the vote count and what is expected to be a long period of haggling to form a government to set off attacks that could deepen already fragile ties between Iraq’s communities.

The authorities have trumpeted wide-ranging operations targeting militants in the north and west, insisting they are making progress against a variety of militant groups including the powerful Islamic State of Iraq and the Levant.

But anti-government fighters have continued to hold on to Fallujah, a city a short drive from Baghdad, as well as other pockets of territory in western Iraq.