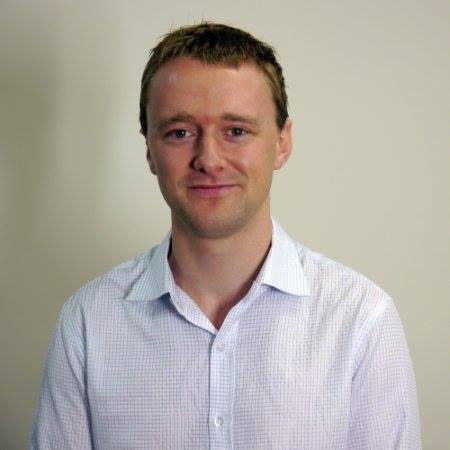 Egypt’s tourism industry is in pain and travel warnings from foreign governments seem a fair scapegoat for their sufferings. But these warnings are reasonable responses to continuing security threats that are again embracing tourists.

It’s up to the winner of this month’s presidential election, not foreign governments, to make the case that it’s safe to travel in Egypt again.

Egypt received 14.7 million tourists in 2010, according to the Central Agency of Publication Mobilization and Statistics (CAPMAS). By January this year, but before the Taba bus bombing, tourism rates had already plunged 28.9% on the previous year, to just 642,197 for the month. Averaged out, that’s about 7.7 million for the year.

As reported in these pages on 4 May, the Sinai beach town of Dahab has been hurting since Taba, which is about 140 kilometres to the north. Former UK civil servant Rebecca Lister, now a 10-year veteran of the town, implored foreign governments to reconsider the timelines on which they review their travel recommendations.

“In the 10 years I have been here, I have seen two revolutions and the bombing of Dahab,” wrote Ms Lister. “Whilst tourism declined somewhat then, it is nothing compared to now.”

Ms Lister blamed the travel warnings European governments issued in the wake of the Taba bus bombing, which claimed the lives of the driver and three South Korean tourists, leaving 17 others injured.

She also questioned the need for such warnings in regards to places like Dahab, given the Sharm El-Sheikh to Dahab road was, in her opinion, safe. She also said other countries such as the US and Indonesia did not suffer the same indignity post-attacks on their soil.

Actually, Indonesia, already the subject of numerous travel warnings, was slapped with many more after the Bali bombings in 2002 killed 202 people, most of whom were tourists.

Once tourists become a target it’s obvious that foreign governments will recommend their citizens steer clear, especially if the country is in a prolonged state of instability. Whether the local tourism industry thinks certain pockets of the country are dangerous or not shouldn’t be their primary concern.

It’s up to the country receiving, not delivering, the tourists to demonstrate its reliability as a travel destination. Travel warnings currently levelled at Egypt, if revisited today, would almost certainly be upheld.

Indonesia’s travel warnings were eventually lifted after the government cracked down on the radical Islamist group responsible for the bombings, along with their associates.

The US acknowledged as much when it lifted its travel restrictions to Indonesia in March 2008, five and a half years after the Bali bombing.

“Indonesia had not experienced a major terrorist attack since 2005, and the government of Indonesia has disrupted, arrested and prosecuted numerous terrorist elements,” said the US Department of State.

Egypt’s government is behaving identically to Indonesia’s back in 2002. The fact that it took the Indonesian government three years simply to stop “major” terrorist attacks from occurring is instructive.

George Readings of security analysts Stirling Assynt spelled out the kind of concerns diplomatic and security circles have for Egypt in the UK’s Telegraph last month.

“We expect a major shift in the Jihadist logic that will see them increase their attacks on the tourist sector after the polls,” said Mr Readings, who reasonably assumes that former General Abdel Fattah Al-Sisi will win the poll.

“They will want to undermine Al-Sisi’s new administration and will be aware that their current tactic of targeting the security forces has not had the effect they had hoped.

“The emphasis will therefore shift to the economically crucial travel industry both in the Sinai and Egypt proper. The southern Sinai resorts are heavily guarded but were struck in the 2000s and are often associated with the army and the old regime.”

The group that claimed responsibility for the Taba attack, Ansar Beit Al-Maqdis, made it plain that targeting tourists was part of an “economic war” against Egypt’s “treacherous regime”.

Ms Lister might be right the road south of Dahab is safe, even if the road north isn’t (that’s not to mention the road to the west to Saint Catherine’s Monastery, which hasn’t been safe in recent times either).

But Egypt has clearly passed a point at which foreign governments are comfortable recommending their citizens travel anywhere within its borders.

Readers would also be forgiven for reviewing Ms Lister’s representation of Dahab and concluding that only the travel warnings are responsible for the town’s problems.

This columnist visited Dahab twice in the four months before Taba. On the second occasion I departed the day that particular bomb in Egypt went off and Dahab was already the “ghost-town” Ms Lister refers to. Hotels and restaurants were consistently slashing their fares by more than half just to maintain some shred of revenue.

Travellers were already staying away because Egypt has been unstable for years with bombings, kidnappings and now the targeting of foreign tourists and journalists seemingly becoming the norm.

Foreign governments might have some sympathy for Dahab, which has been caught up in a conflict not of its own making.

But those same governments are determined to make sure their citizens aren’t caught up in this mess either. Egypt, at present, can’t offer reasonable assurances they won’t.