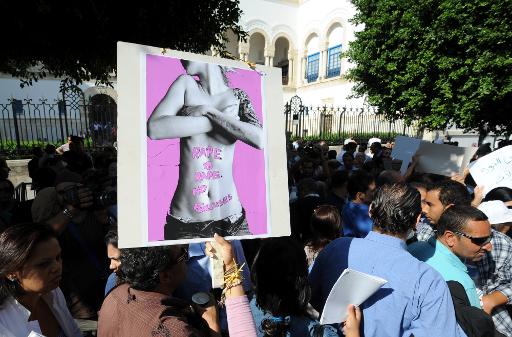 “Ali Seriati left Mornaguia prison [outside Tunis] at 6am [0500 GMT] and returned to his home,” his brother Youssef told AFP.

Seriati had been in jail ever since Ben Ali fled into exile in Saudi Arabia in January 2011 following the first of that year’s Arab Spring uprisings.

He was convicted of murder in July 2012 over the deaths of dozens of protesters in greater Tunis during the uprising.

But he saw that conviction overturned on appeal last month and replaced with the lesser charge of failing to come to the assistance of people in danger, and his jail sentence reduced accordingly.

The former interior minister walked free on 8 May after completing his reduced three-year prison term.

More than 300 people were killed and hundreds injured in the security forces crackdown on popular protests which led to Ben Ali’s ouster.

Seriati was accused of providing the veteran strongman and his family with false passports to flee the country, but was acquitted on that charge in August 2011.

He himself told AFP shortly after his arrest earlier that year that he had pressed Ben Ali to leave to spare Tunisia a bloodbath.

Since the uprising, Tunisia’s new rulers have yet to implement any significant reforms of the judiciary and security services, on whom Ben Ali relied to suppress dissent.

A “transitional” justice system to identify and bring to trial those responsible for abuses committed under the Ben Ali regime has also yet to be implemented, largely because of political bickering between Tunisia’s largest party, the Islamist Ennahda, and its opponents.