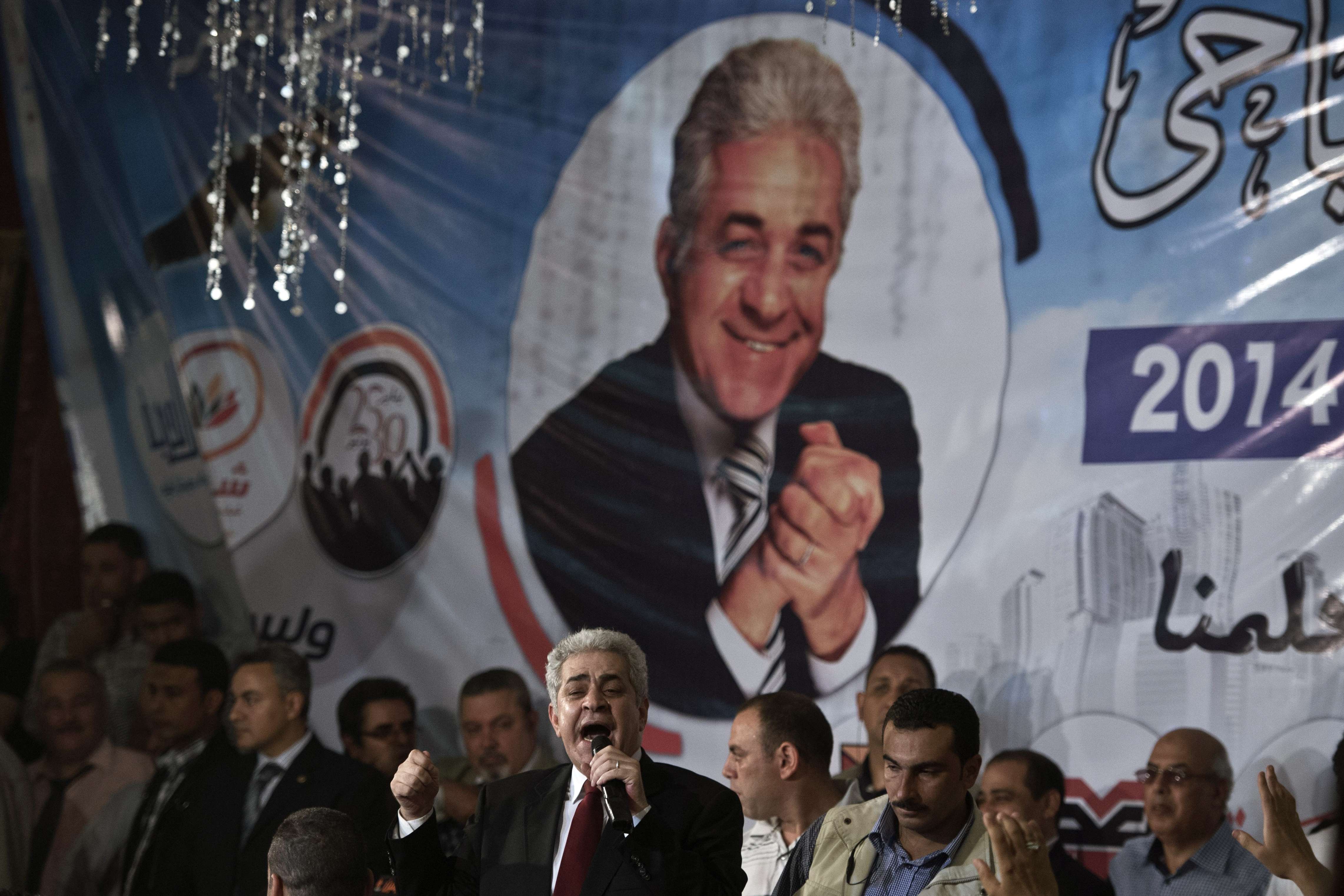 The Al-Sisi campaign’s youth committee announced that it would spend its Saturday distributing 300,000 energy-saving light bulbs across Cairo and eight other of the country’s governorates. Neighbourhoods in Cairo in which distribution was set to take place included Al-Warraq, Al-Gamaleya, Sayeda Zeinab, Imbaba, and Al-Amireya.

The former military chief has suggested in his media appearances that energy-saving bulbs could play an important role in confronting the country’s ongoing energy crisis.

Sabahy, who campaigned in Alexandria on Friday, vowed to release political prisoners as his first decision as president. “I will not allow myself to be in power while the most honourable in Egypt are behind bars,” said the candidate, in reference to activists including Ahmed Maher and Ahmed Douma.

The Nasserist politician also addressed general expectations that his opponent would win the elections at the end of this month saying, “whoever says the result is a foregone conclusion is lying and misleading.”

“The Egyptian people will teach them a lesson on election day,” he added.

Sunday is the final day for Egyptians abroad to cast their ballots. Polls inside the country are scheduled to open on 26 and 27 May.

Sabahy finished in third place in 2012’s presidential elections. Al-Sisi, who stepped down as commander-in-chief of the Armed Forces in March, was appointed minister of defence in August 2012.