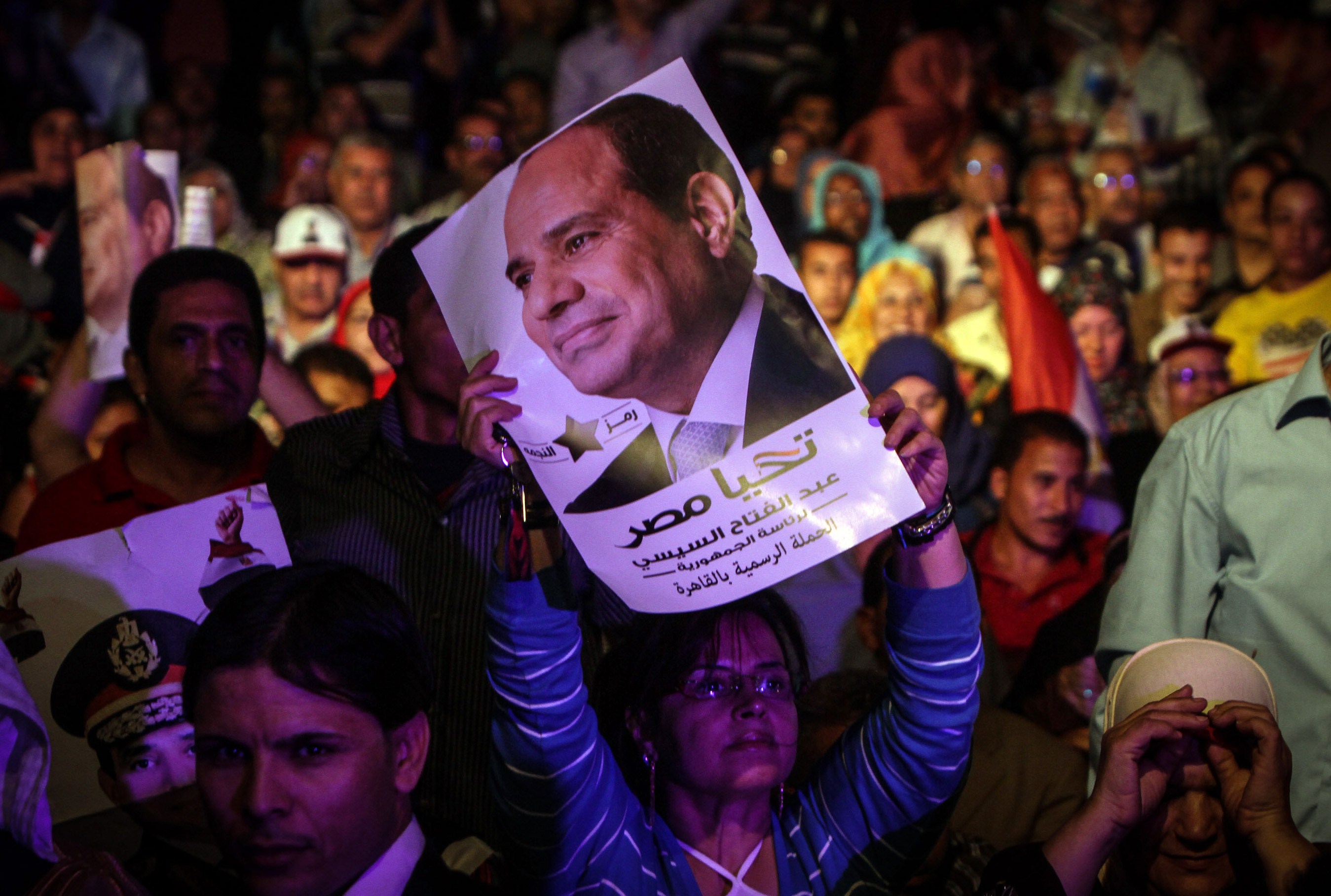 A homemade explosive thrown from a motorcycle wounded at least four people at a pro-Sisi campaign rally in Ain Shams on Saturday as supporters of the former Defence Minister gathered to voice their support for his presidential campaign.

According to a spokesman at the Ministry of Interior Media Centre, an unidentified man on a motorcycle threw the explosive towards “about 150 people” before escaping.

The official at the ministry did not identify the four wounded, but state-owned Al-Ahram reported that a police officer, a low-ranking police officer and a security official were among the injured.

Investigations to track down the assailant are underway, according to the Ministry’s Media Centre.

Saturday’s attack marks the first episode of election-related violence. Abdel Fattah Al-Sisi, the former defence minister largely favoured to win this month’s elections, has been giving speeches to supporters via webcam because of security concerns. In a recent televised interview, he mentioned that there had been two attempts on his life, but declined to discuss specifics.

Al-Sisi is running against Nasserist Hamdeen Sabahy, who also ran in the 2012 presidential elections that saw Mohamed Morsi and his Brotherhood-backed Freedom and Justice Party beat Mubarak-era Prime Minister Ahmed Shafiq in a runoff.

The former Defence Minister led a military-backed ouster of former president Mohamed Morsi on 3 July 2013. Al-Sisi, who following the ouster announced he did not desire to rule the country, decided to compete in the presidential elections answering “the call of the people”.

The presidential elections are slated to take place the 26 and 27 May. Voting abroad took place from Thursday to Sunday.