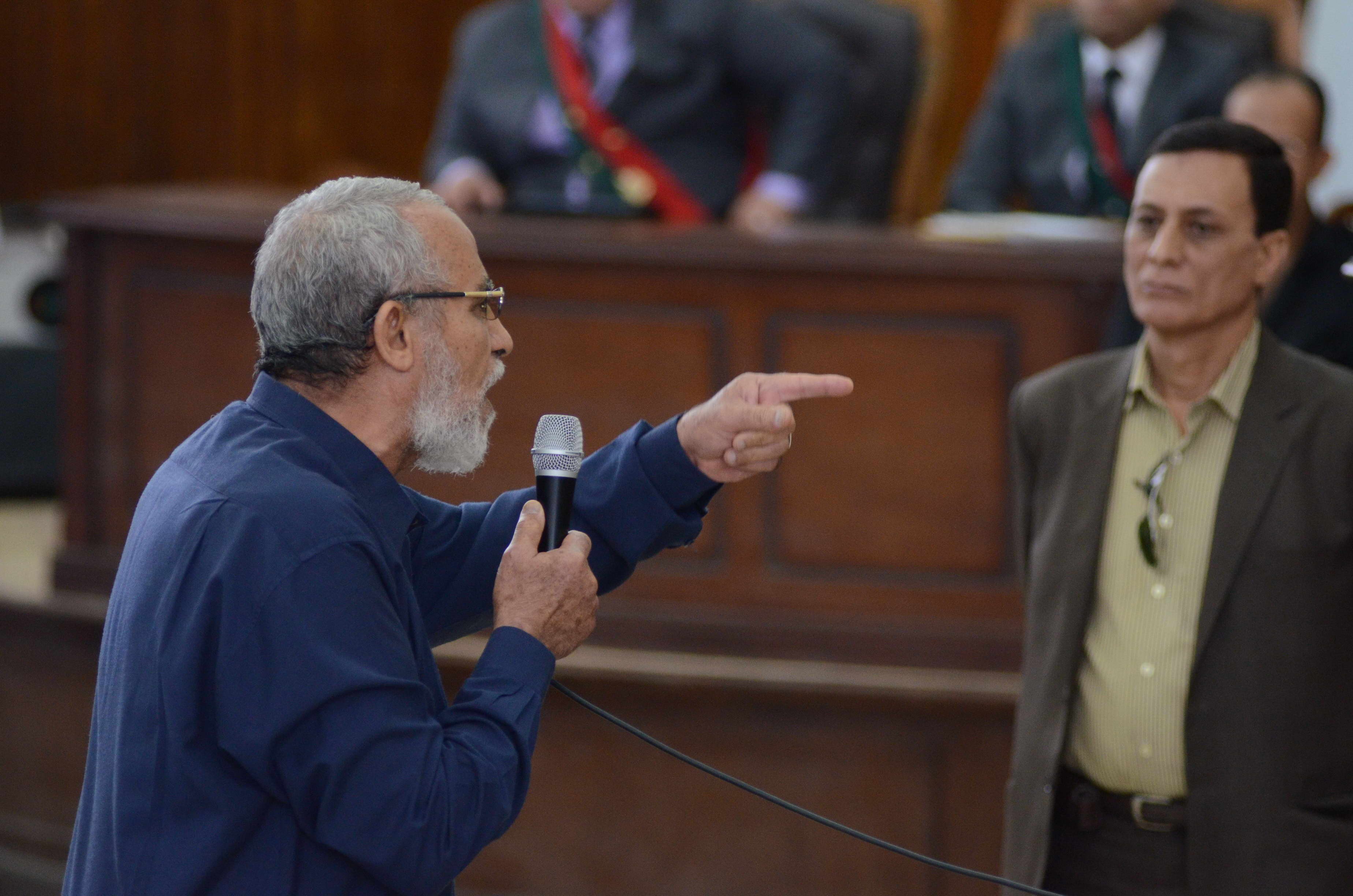 The Shubra Al-Kheima Criminal Court postponed the trial to 7 June for the final verdict. During Sunday’s session, Badie, Al-Beltagy and Hegazy were allowed to testify in their own defence.

“During its early years, the Muslim Brotherhood faced the Jews and was feared by them for years,” Badie told the court. He added that he had “worked in Egypt’s universities for 50 years and never even used verbal violence”.

While Badie applauded the Egyptian judiciary, he said that he was “unjustly” charged.

Hegazy stated that the court case was “politicised”, denying to the judge its criminal nature.

Al-Beltagy spoke next, saying that his 51 years of age saw him ascend to become a medical professor at Al-Azhar University. “How can I suddenly, in eight months, become the leader of this international mafia that allegedly burns, kills and destroys?” Al-Beltagy said, in reference to the charges pressed against him in light of his role in the Muslim Brotherhood and its Freedom and Justice Party.

Al-Beltagy, whose teenage daughter Asmaa died on 14 August last year during the forcible dispersal of the pro-Mohamed Morsi Rabaa Al-Adaweya sit-in, said he would be “honoured to follow [in the footsteps of] our children who became martyrs for this country”.

The Brotherhood’s Supreme Guide Badie faces a slew of other charges in separate cases. He is among 638 who were sentenced to death on 28 April by the Minya Criminal Court for allegedly killing two policemen and breaking into the Edwa Police Station on 14 August.

These trials are part of a series of other trials that began against Brotherhood figures after the ouster of former president Morsi last July, who himself is in detention and faces four separate trials.