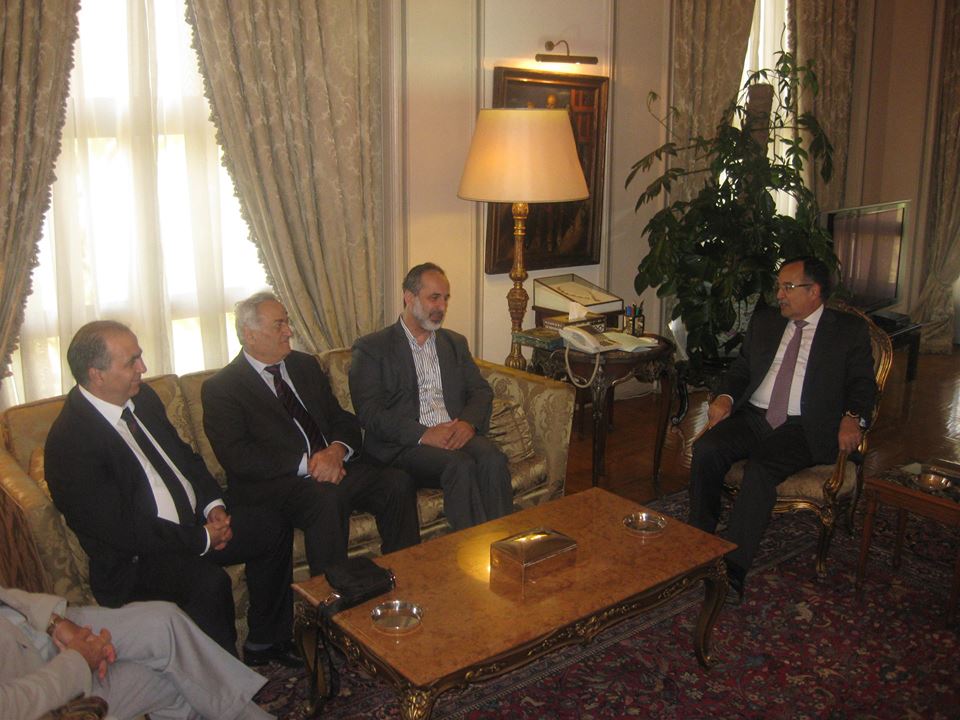 The group of expatriates who oppose the current regime of Bashar Al-Assad, discussed with Fahmy “the potential revival of efforts to reach a political solution to the conflict in Syria” as well as general developments in the four-year conflict that has resulted in the deaths of over 150,000 people.

The meeting was an attempt to create a more active “Arab and international role” in the conflict in the wake of the failure of the Geneva II peace talks between ruling authorities and opposition figures, according to a statement released by the foreign ministry.

The visiting opposition members discussed a vision on “how to work out of the daily tragedy suffered by the Syrians” with full cooperation from all political forces in tandem with Arab and international powers.

Fahmy “assured the delegation of Egypt’s [desire for] the stability of Syria and the unity of its territory,” while “assisting in achieving the aspirations of the Syrian people” regardless of their ethnicity or religion.

In numerous meetings with Syrian officials and concerned authorities like the United Nations and Arab League, Nabil Fahmy has continually stressed that Egypt supports a strictly political solution to end the ongoing bloodshed in Syria, staunchly opposing a potential military intervention briefly discussed by Western powers.

The conflict in Syria, which recently entered its fourth year, has not only destroyed infrastructure within Syrian borders, but has also destabilised neighbouring countries.

Lebanon’s population has been swelling recently as refugees from the ongoing war in Syria search for a new home. The United Nations Refugee Agency predicted that by the end of 2014 there would be 1.5 million Syrian refugees in Lebanon.