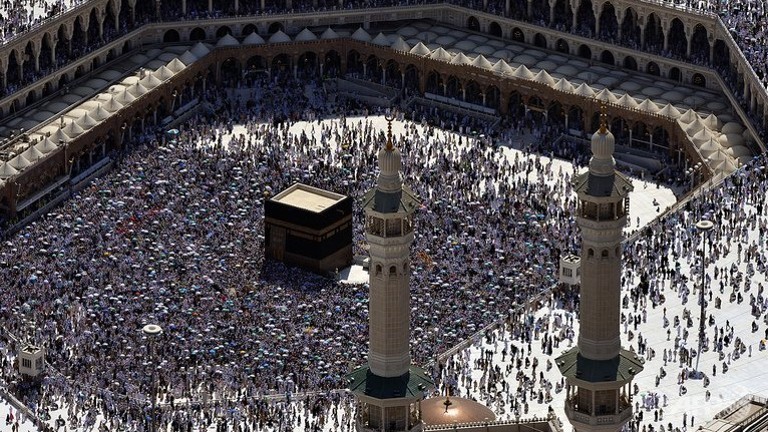 Cancellations of pilgrimages from Egypt to Saudi Arabia due to the coronavirus, also known as the Middle East Respiratory Syndrome (MERS), have exceeded 25%, according to Seif Al-Imari, board member of the Egyptian Tourism Federation (ETF).

The chairman of the Economic Chamber of Tourism Companies, Basil Al-Sisi, confirmed on Sunday a decline in bookings of pilgrimages, but expects numbers to be stable throughout Ramadan. “The virus will not affect turnout for the Umrah [pilgrimage to Mecca and Medina]  during the months of Shaban and Ramadan,” Al-Sisi said.

“The number of large Umrah packages has remained strong over the past few days. Cancellations because of the coronavirus will not affect the high cost programmes, which represent a very small number of the annual visitors,” he explained.

Meanwhile, Adel Heikal, member of the Chamber of Tourism Companies, said he does not expect cancellations of overall bookings in high-cost programs due to the coronavirus to exceed 5%.

According to the chamber, Egyptians performing Umrah is the principal activity for tourist companies in Egypt over the past three years given low incoming tourist traffic. The Ministry of Tourism noted that Egyptian tourism generated $1.3bn in revenue during the first quarter of 2014, a 43% drop compared to the same period last year.

“720,000 pilgrims visited Saudi Arabia over the past six months, a 10% growth rate from the same period last year,” Al-Sisi said.

The Chamber of Tourism Companies issued a publication to its members concerning the coronavirus. It detailed about educating travelers about the symptoms of the virus and ways to prevent infections, such as the use of disinfectants, wearing medical masks and maintaining personal hygiene.
Tourism companies are abiding the instructions of the Ministry of Health not to allow those over the age of 65 or under 15 to perform Umrah in order to avoid contracting the virus.

The Saudi Arabian Ministry of Hajj and Umrah will not allow more than 200,000 Egyptian pilgrims during the months of Shaaban and Ramadan, according Al-Sisi. “The number of pilgrims expected during Ramadan ranges from 100,000 to 120,000,” he said.

“The growing number of pilgrims over the coming two months will push demand for Umrah programs, especially during Ramadan, which will include a price rise of approximately 10% from the season before,” Al-Sisi continued.
The prices for Umrah packages of 7-10 days, including flight, during this month range from EGP 3,500 to EGP 7,000. Packages of 10-15 days during Ramadan range between EGP 6,000 and 10,000.

Adel Heikal attributed the rise in prices for Umrah packages to the rise in exchange rate of the Saudi riyal versus the Egyptian pound, particularly in light of the dollar-pound exchange rate, that exceeds 7.14 pounds per dollar.