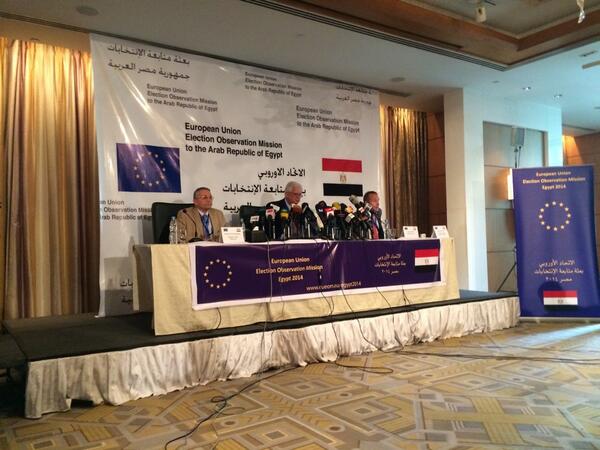 This comes after the EOM faced some bureaucratic obstacles when it was not granted permission to import essential equipment needed for its staff. On Sunday, afternoon, the equipment was all released. David announced that some adjustments will need to be due to the delay.

David said that he does not believe that there was an intention from Egyptian authorities to block out work, adding that it was a matter of paperwork.

He added that there was nothing unusual about the equipment, which according to Reuters included wireless telecommunication devices and medical kits, deemed vital for the safety of the staff.

The mission will release a preliminary report on 29 May, just two days after the end of voting. The presidential elections are slated to be held on 26 and 27 May, with only two contenders competing for the seat: Former Defence Minister Abdel Fattah Al-Sisi and Nasserist politician Hamdeen Sabahy.