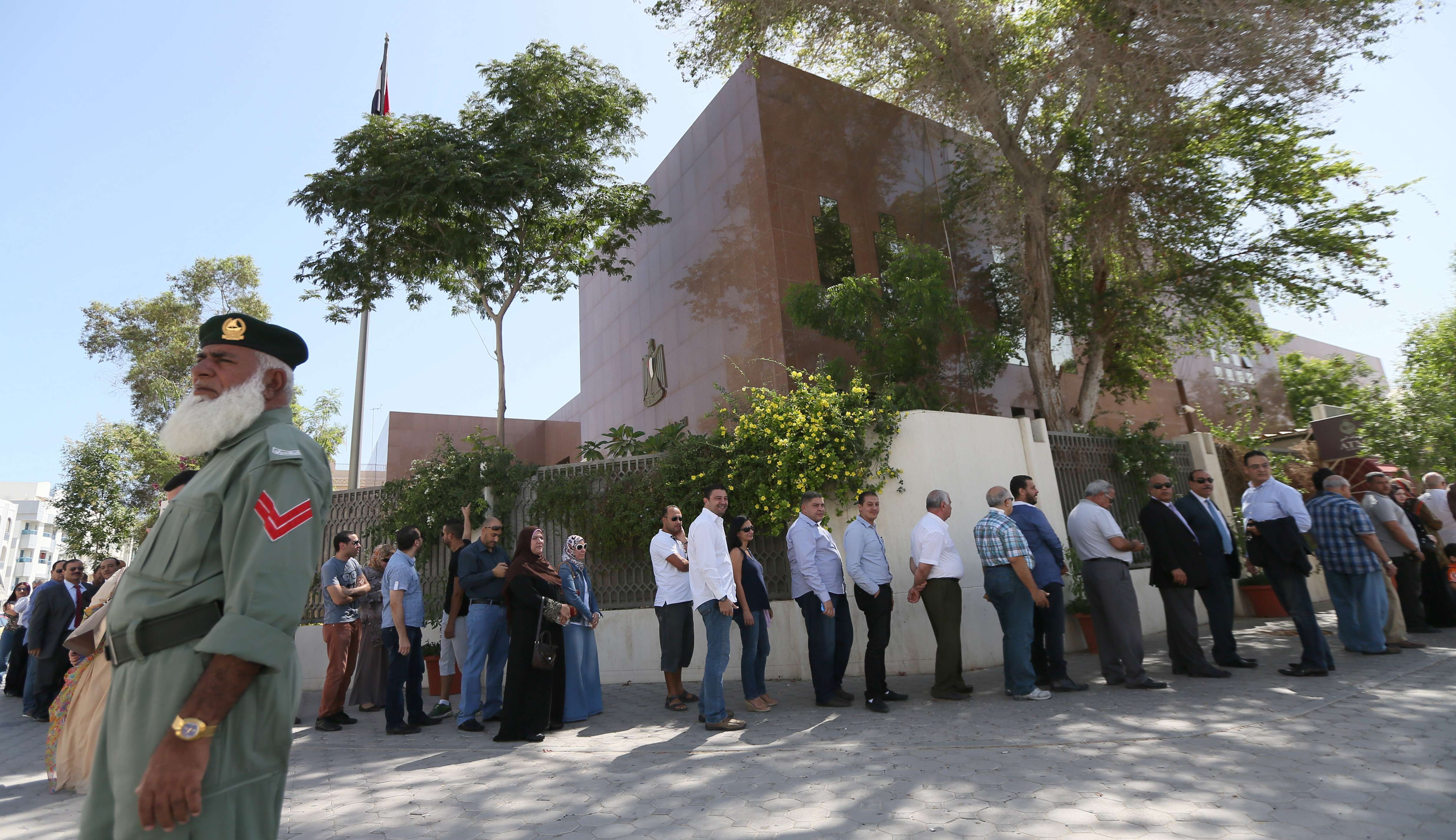 Overseas polling stations for Egyptian presidential elections began closing on Monday as voting for citizens abroad came to a close.

More than 30,000 Egyptian citizens voted in overseas diplomatic missions as of 3pm Cairo time as the 9pm deadline for voting arrived to embassies in far eastern countries.

According to applied measures, all voting is required to come to a close at 9pm local time. The Egyptian consulate in Los Angeles is scheduled to be the last polling station to close abroad, at 7am Tuesday Cairo time.

Voting for Egyptians abroad was originally announced to take place from 15-18 May, but the foreign ministry on Sunday declared it would extend voting an additional 24 hours and would conclude on Monday instead of Sunday.

The counting of ballots is required to commence after each polling station closes.

Voting for expatriates began last Thursday, and as of 3pm on Sunday the foreign ministry estimated that at least 258,000 Egyptians had cast their votes. Expatriate turnout in the 2012 presidential elections reached 311,875 in the first round, but was slightly lower, 306,812 (including 5,092 invalid votes), in the run-off between Ahmed Shafiq and Mohamed Morsi.

The regulations affecting Egyptians voting abroad were eased by the foreign ministry last week by removing the necessity to register before voting. It is now possible for Egyptians who are abroad to vote by presenting their national identity card or a valid passport.

Egyptians inside the country will vote on 26 and 27 May and choose between former Minister of Defence Abdel Fattah Al-Sisi and Nasserist politician Hamdeen Sabahy.

During January’s constitutional referendum turnout for expatriates was down by almost 60% from the 2012 presidential elections. The drop was attributed to the absence of a postal voting system, which has not been reinstated, the Muslim Brotherhood’s boycott and voter identification laws that prevented some people from voting.