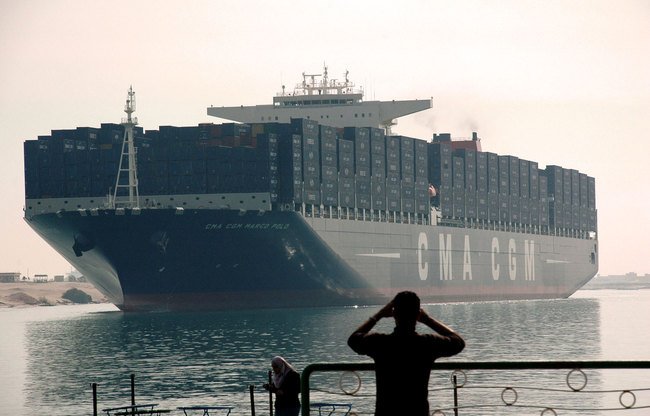 The Ministry of Industry, Foreign Trade and Investment is planning to launch a new strategy to double exports of non-petroleum Egyptian products over the next four years.

“We have prepared an ambitious strategy to double exports that is not based solely the value it achieves, but rather on the quality of products exported and its ability to reach target markets,” said adviser to the Minister of Industry and Foreign Trade Abla Abdel Latif. She made the announcement during a speech delivered on Monday at a symposium held by the Engineering Export Council to announce the launch of a marketing strategy for engineering products.

According to Abdel Latif, Minister of Industry and Foreign Trade Mounir Fakhry Abdel Nour will be announcing the new strategy “in the coming days”. The strategy will be implemented at the start of the new fiscal year in July, and will primarily rely on support from companies.

The strategy is looking to achieve various criteria, including improving value-added production, employment, environmental preservation and energy preservation, exerting efforts to open up new markets while relying on local producers and suppliers and building their capacity.
Abdel Latif stated that the industry ministry is currently negotiating with the Ministry of Finance to determine the value of support for exports in the 2015 budget. The industry ministry is requesting an increase in funds in order to meet the demands of its new strategy. The finance ministry stated that it would not allocate an amount less than that of the 2013/2014 budget, or EGP 3.1bn.
The Ministry of Industry and Foreign Trade announced in 2002 that it had created a fund for providing monetary support for the export sector. Companies were allocated a certain percentage of the value of their exports, which decreases annually, according to the length of their programme. The support is provided by the ministry’s Export Development Fund.

Abdel Latif added that the ministry’s new strategy is based on maximising exports in which Egypt has a comparative advantage and focusing on emerging markets with growth opportunities for Egyptian exports.

She stated that the programme is an attempt to grant support for exporters looking to move past barriers, particularly in Upper Egypt, border governorates and the remote area of Sinai, and thus includes allocations to support small exporters and “ensure that everyone can benefit from support programmes”.
Support of the export sector was met with suspicion following the 2011 revolution, as companies faced accusations of monopolisation and obtaining support that was not accessible to small businesses.

According to data from the industry ministry, non-oil exports increased from EGP 44bn to EGP 92bn in 2009. Subsequently, then Industry Minister Rachid Mohamed Rachid proposed a plan to double exports to EGP 200bn within 3 years; however, the plan was revised due to the state of economic conditions following the January revolution, such that the targets for 2012 and 2013 were modified to EGP 130bn and EGP 145bn, respectively.

Abdel Latif said that the ministry is currently developing legislation to regulate trade and industry, facilitate and develop the rules used by the oversight body and improve specifications and quality control for local products, including those for foreign markets.