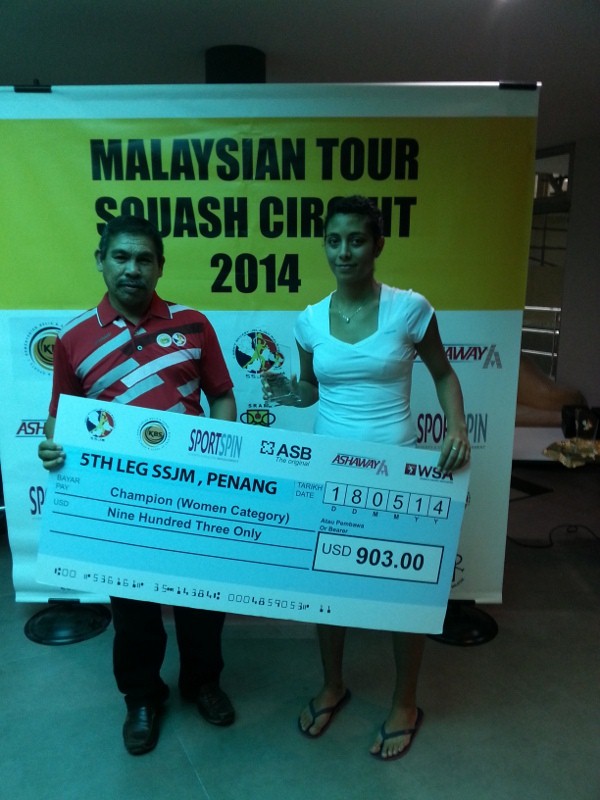 Egypt’s Farah Abdel Meguid celebrated her maiden title success on the WSA World Tour when she beat Hong Kong’s Vanessa Chu in the final of the Malaysian Tour Squash Circuit No.5 at the Nicol David International Squash Arena in Penang.

The 21-year-old fourth seed made her breakthrough in the semi-finals of the WSA Tour 5 event when she downed event favourite Eun Chan Ahn, the world No.61 from South Korea.

Unseeded Chu, 19, also pulled off a notable semi-final upset when she defeated home hope Rachel Arnold, the No.3 seed from Malaysia, in four games to reach the first Tour final of her career.

But after three previous runners-up finishes in Tour finals, it was fourth time lucky for Abdel Meguid when the world No.81 from Cairo despatched Chu 11-6, 11-8, 11-9 to clinch the title.