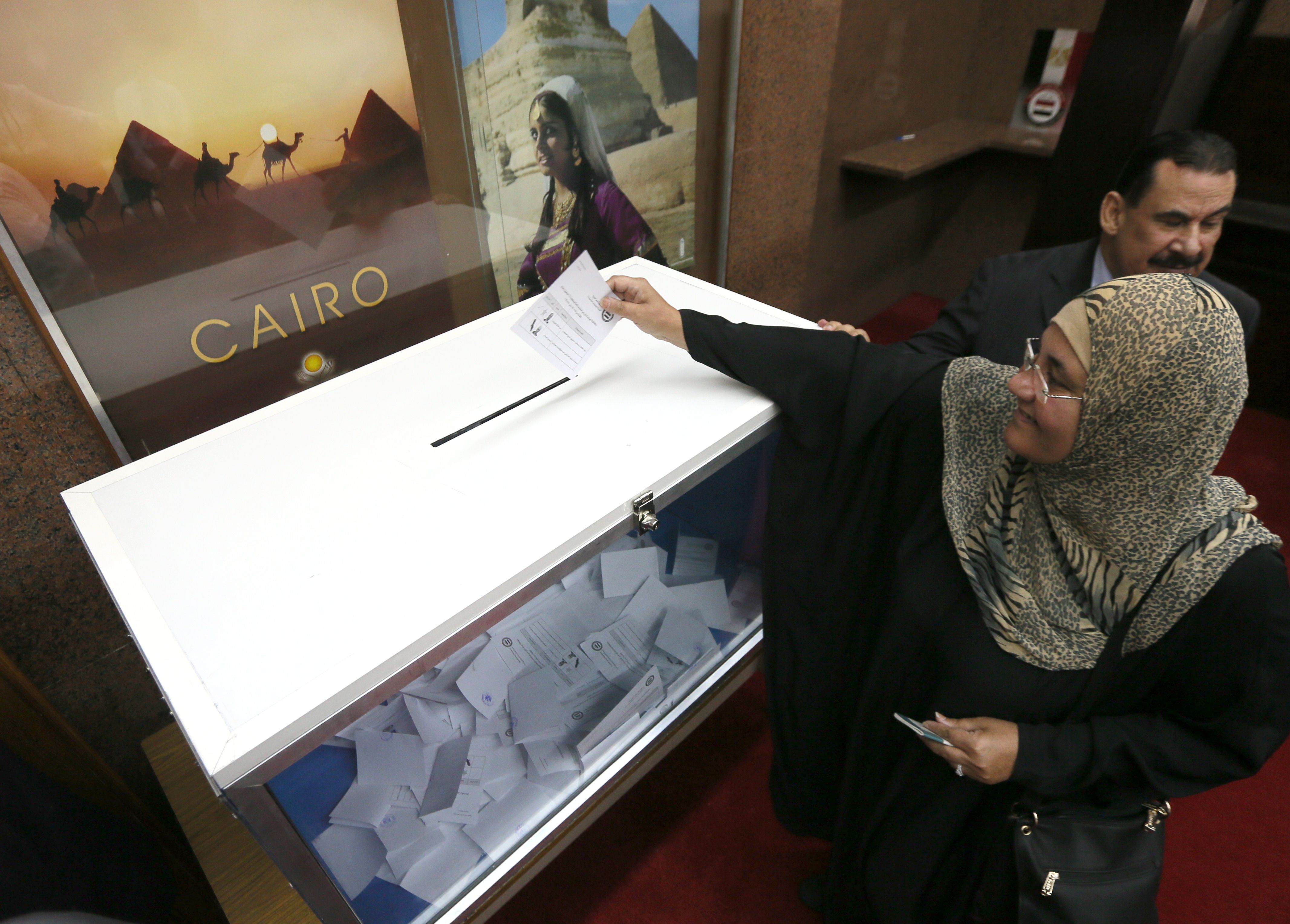 The African Union Election Observer Mission (AUEOM) announced its arrival in Egypt on Wednesday, less than a week before the start of Egypt’s two-day presidential election.  The Arab League, Arab Parliament and other international organisations are gearing up to monitor the two man run-off scheduled for next Monday and Tuesday.

The AUEOM, led by former Prime Minister of Mauritania Mohamed Lemine Ould Guig, said in a Tuesday statement that it intends to “meet relevant electoral stakeholders in Egypt, including the Presidential Elections Committee [PEC], political parties, and civil society organisations and other international observers groups”.

The African Union accepted an invitation from the Egyptian interim government to observe the election despite the suspension of Egypt’s activities in the union, which has been place since 5 July 2013. The union’s Peace and Security Council took the decision just two days after the ouster of former President Mohamed Morsi, which it viewed as “unconstitutional” and a violation of the bloc’s charter.

The Arab Parliament also announced the launch of its mission on Tuesday, which will be led by speaker of the parliament, Mohamed Bin Al-Said Ahmed Jarwan. The Arab parliament’s mission consists of eight members that will be based in Greater Cairo, said media relations officer Osman Mousa.

The African Union and Arab parliament join the international observation missions of the European Union and The Arab League in Egypt. Delegations from the Community of Sahel-Saharan States, and nations belonging to the Common Market for East and South Africa are also expected to arrive within the coming days.

In addition, NGOs are also observing the election using different approaches. The Global Network for Rights and Development has 124 international observers and 2,000 local observers, which will split into 50 groups and be dispatched around the country. The Carter Center, which has closely followed polling in Egypt over the last three years, said last week that it had deployed an “expert mission” and expressed concerns over the transition and provided recommendations.