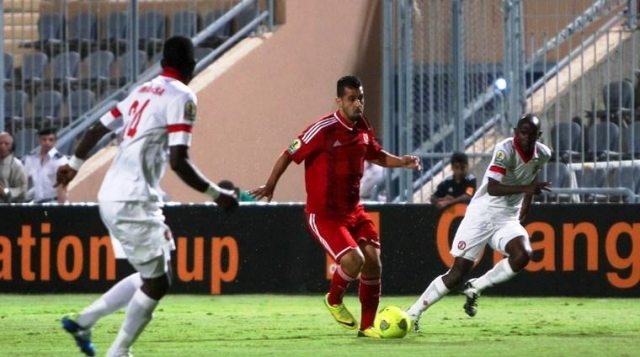 Al-Ahly and Al-Zamalek had mixed fortunes this week in African competitions, with the Red Devils beating Zambian side Nkana 2-0, while the White Knights were handed their first defeat in this year’s campaign by Congolese outfit AS Vita.

Zamalek lost 2-1 in Kinshasa on Sunday in their first Group A CAF Champions League match after a mistake from defender Mahmoud Fathalla allowed AS Vita striker Emmanuel Ngudikama to clinch the winner with ten minutes remaining.

AS Vita’s Firmin Mubel Ndome opened the scoring in just under 20 minutes at the Tata Raphael Stadium. Al-Zamalek waited until the 76th minute to equalise through Momen Zakarya who met Mohamed Abdel-Sahfy’s cross with a diving header.

The defeat leaves the White Knights at the bottom of Group A, having conceded two goals, whereas Congolese side TP Mazembe conceded on one in their defeat to Al Hilal.

Al-Zamalek head coach Ahmed Hossam Mido, speaking to Cafonline.com after the game, said: “We are upset by this defeat which obliges us to win our match against Al Hilal. They [AS Vita] deserved the victory. We have to focus on the next games.”

Sudanese side Al Hilal will be the visitors in Cairo over the weekend and will face a tough test as the White Knights look to bounce back from their defeat in DR Congo.

Al-Zamalek’s Cairo neighbours will be in different spirits following their 2-0 victory over Zambian side Nkana in the CAF Confederations Cup, last Saturday.

Amr Gamal , who came on as a half-time substitute, wasted no time in making his mark on the game taking just 50 seconds to put the Red Devils 1-0 up. Mohamed Nagy “Geddo” headed home Ahmed Fathy’s corner to double the Cairo side’s lead.

Fathy Mabrouk, Al-Ahly interim head coach, praised Gamal when he spoke to Cafonline.com: “Gamal’s introduction changed the game into our favour. He scored just after his introduction and that gave us relief early after the break.

“I told the players to keep going for goals and they made good use of the crosses and scored twice.”

The win sent Al-Ahly two points clear at the top of Group B after Tunisian side Etoile Du Sahel and Sewe Sport drew in the Ivory Coast.  Al-Ahly will look to extend their lead at the top when they play Etoile in Tunisia on Sunday.