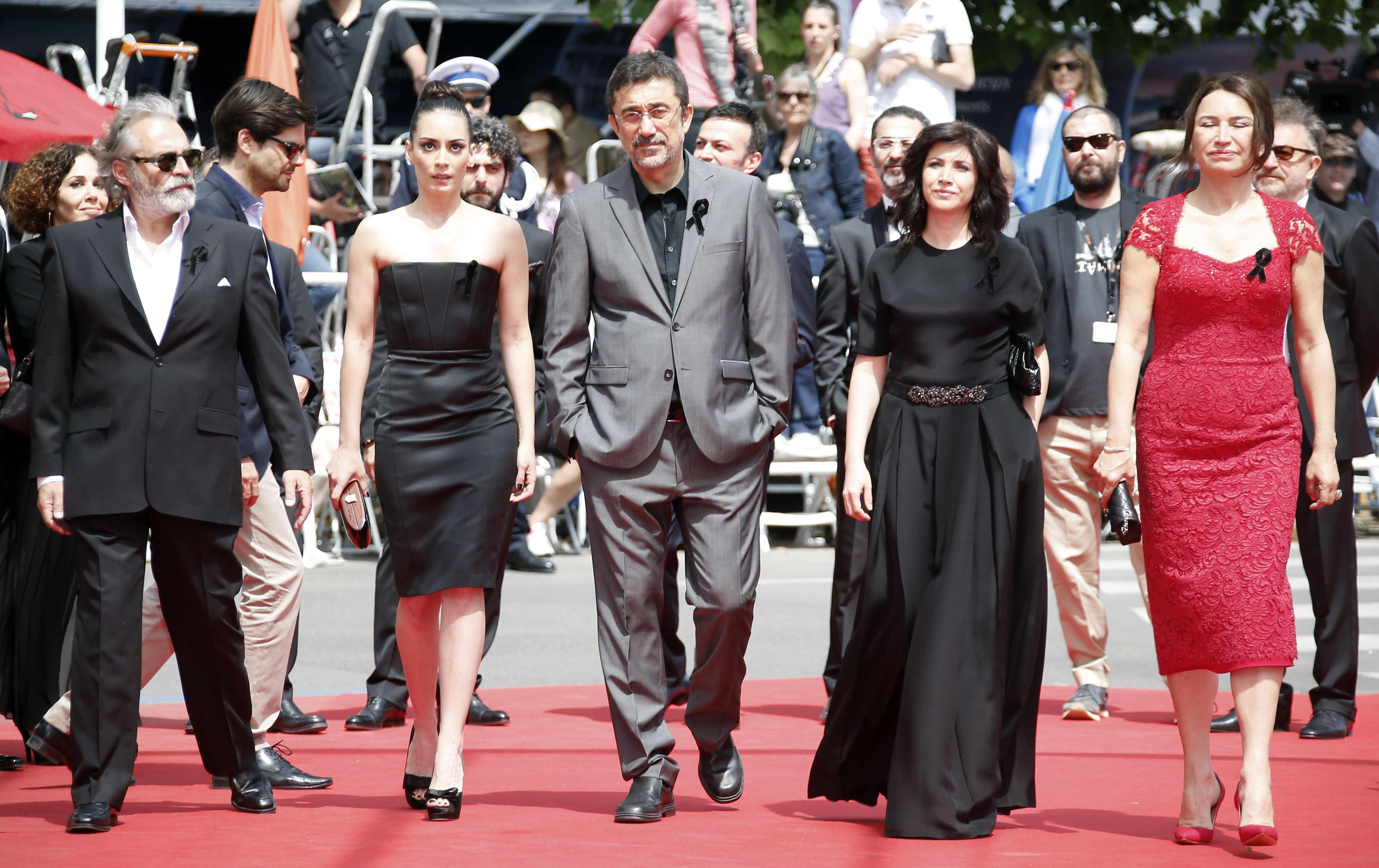 AFP – A Hollywood wrestling drama, a British biopic of an iconic artist and an intimate Turkish look at a troubled marriage led the pack Tuesday for the top prize at Cannes.

Halfway through the competition, critics cheered for a few stand-out pictures among 18 contenders vying for the coveted Palme d’Or in what they called a surprise-filled year at the world’s premier film festival.

An international critics’ poll in British film magazine Screen had Mike Leigh’s “Mr Turner” a whisker ahead of the slow-burn domestic drama “Winter Sleep” by Nuri Bilge Ceylan of Turkey, whose career Cannes has long championed.

But a Monday screening of “Foxcatcher”, after the poll’s publication, starring US comic actor Steve Carell as chemicals fortune heir John du Pont generated excited buzz in the halls of the sprawling main venue, the Palais.

Based on the real-life 1996 murder of an Olympic wrestling medallist by du Pont, the film features Carell – nearly unrecognisable behind facial prosthetics – in an understated performance that is a far cry from his antics in TV’s “The Office” and “40-Year-Old Virgin”.

And Justin Chang of movie business magazine Variety said the picture by Bennett Miller (“Capote”, “Moneyball”) was an “acrid, anguished commentary on the temptations of wealth, the abuse of power and the downside of the human drive for success”.

JMW Turner, the 19th century landscape painter credited with blazing a trail for modern art, is played by character actor Timothy Spall, best known for a recurring role in the “Harry Potter” movies.

Spall depicts Turner as an artist struggling with his inner demons in what critics said was a bravura performance.

Cannes watchers said “Winter Sleep” by Nuri Bilge Ceylan, who already has a mantel full of lesser prizes, could finally bring him the Palme d’Or. His feature was the bookies’ favourite to win ahead of the 12-day festival.

Variety called the story of a wealthy retired actor whose self-deception and hypocrisy hobble his marriage “a richly engrossing and ravishingly beautiful magnum opus” that, despite its over three-hour running time, mesmerised cinema-goers.

Jean-Philippe Guerand, a critic with Film Francais for more than two decades, called the competition films a “good selection full of surprises”.

He said that while a few Cannes regulars such as Canadian film-maker Atom Egoyan had failed to live up to their reputations, “Wild Tales”, an Argentine grab bag of uproarious revenge fantasies by little-known director Damian Szifron had proved a delight.

He also hailed “Timbuktu” by Abderrahmane Sissako, the first feature about the jihadist takeover in Mali and the defiance of the locals that helped defeat it.

“The film also manages to make you laugh even at tragic things and on top of that, is visually exceptional.”

Meanwhile audiences embraced “The Wonders” by Italian director Alice Rohrwacher, one of two entries by women in the race, a tender, slow-moving tale of a family of beekeepers.

But despite big expectations, “The Homesman”, a “women’s Western” directed by Tommy Lee Jones and starring Hilary Swank, divided critics, along with Canadian provocateur David Cronenberg’s vicious Hollywood send-up, “Maps to the Stars”.

Roxborough told AFP the rest of the festival could have a few more gems in store ahead of awards night on Saturday.

He cited “Two Days, One Night” by the Jean-Pierre and Luc Dardenne, Belgian brothers who have already won twice at Cannes, as well as Michel Hazanavicius’ follow-up to “The Artist”. “Leviathan”, a drama from Russian director Andrey Zvyagintsev, was also “hotly tipped” for prizes.

However, he noted that the turmoil in Ukraine and Russia had hurt business at Cannes’ film rights market.

“It is making everyone nervous and unwilling to do deals,” he said.

“Russia has been one of the fastest-growing territories in terms of box office over the past few years. But the current situation – and the drastic fall of the ruble – has meant that piece of the financial piece has fallen away.”