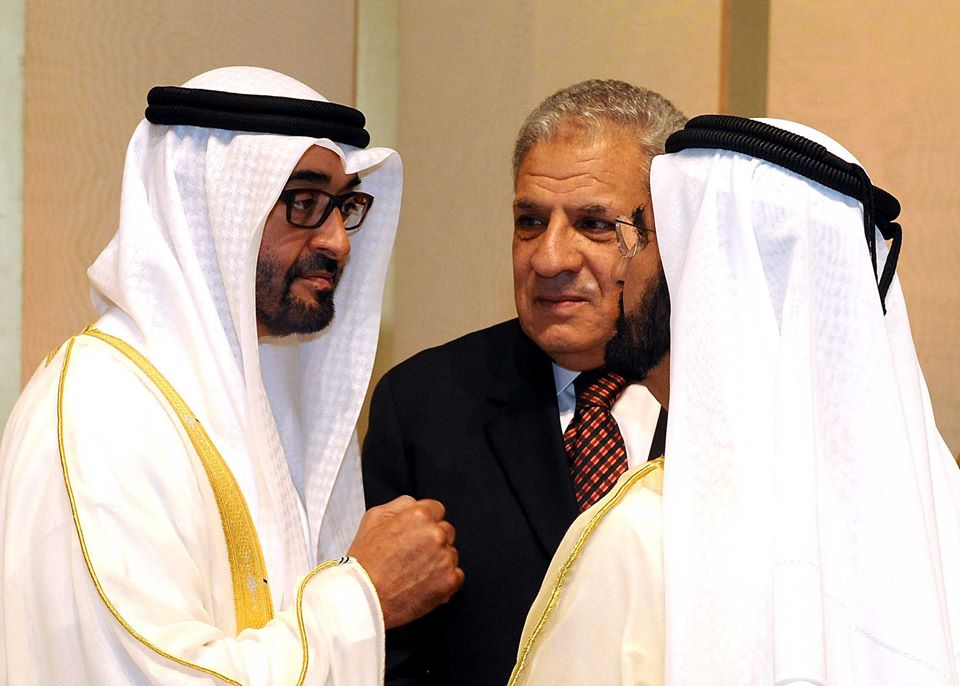 Emirati Deputy Commander of the Armed Forces Mohamed bin Zayed Al Nahyan assured Egypt’s Prime Minister Ibrahim Mehleb that “we are continuing to support our brothers in Egypt on all levels”, in a meeting Tuesday.

Al Nahyan added that the United Arab Emirates (UAE) is continuing “to stand by [the Egyptians’] side under all circumstances,” Emirati state-agency WAM reported. The two sides met in conclusion of Mehleb’s visit to the oil-rich Gulf country.

Mehleb asserted Egypt’s aspirations to continued consultation with the UAE on various issues of mutual interest, a statement by Egypt’s cabinet said. He expressed the Egyptian people’s appreciation of the Emirati support of their aspirations towards achieving security, stability and economic growth.

The cabinet’s statement cited Al Nahyan as saying: “Egypt is waging a war against terrorism on behalf of the entire region and that all Arabic countries must back Egypt.”

Although relations between the Gulf country and Egypt have improved, they were characterised by tension during the tenure of ousted president Mohamed Morsi, who belongs to the Muslim Brotherhood.  In January 2013, Emirati authorities arrested more than 10 Egyptians for allegedly running a secret Brotherhood cell, and accused them of conspiring to topple the ruling Emirati regime. Egypt sent a delegation to attempt and solve the detainees’ dilemma, but failed to assist them and more complications followed.

After Morsi’s ouster in July, the UAE was quick to back the power shift. Egyptian authorities have cracked down on the Brotherhood since and have declared it a terrorist organisation in December.

Within days of the power change, the UAE announced the provision of a $3bn aid package to Egypt comprised of a $1bn grant and a $2bn interest-free deposit at the Central Bank of Egypt (CBE). The UAE also provided seven shipments of fuel worth $225m.  In September, the UAE pledged to send $2bn in additional aid to Egypt in the form of deposits and grants.

In a press conference on the sidelines of the visit, Mehleb expressed appreciation for the support provided by Gulf countries. In addition to the UAE, the Saudis and Kuwaitis have pledged billions in grants, deposits and petroleum products to Egypt. Mehleb asserted that Egypt is determined to overcome its economic problems through calculated steps.

The prime minister arrived in Dubai late Monday night and was accompanied by a delegation of ministers: Minister of Information Doreya Sharaf Al-Din, Minister of Industry, Foreign Trade and Investment Mounir Fakhry Abdel Nour and Minister of Planning and International Cooperation Ashraf Al-Araby.

Mehleb was received upon arrival by Emirati Minister of State Sultan Ahmed Al-Gaber, whom he met last month to discuss a $4.9bn development aid provided to Egypt by the UAE, as per an agreement signed in October.