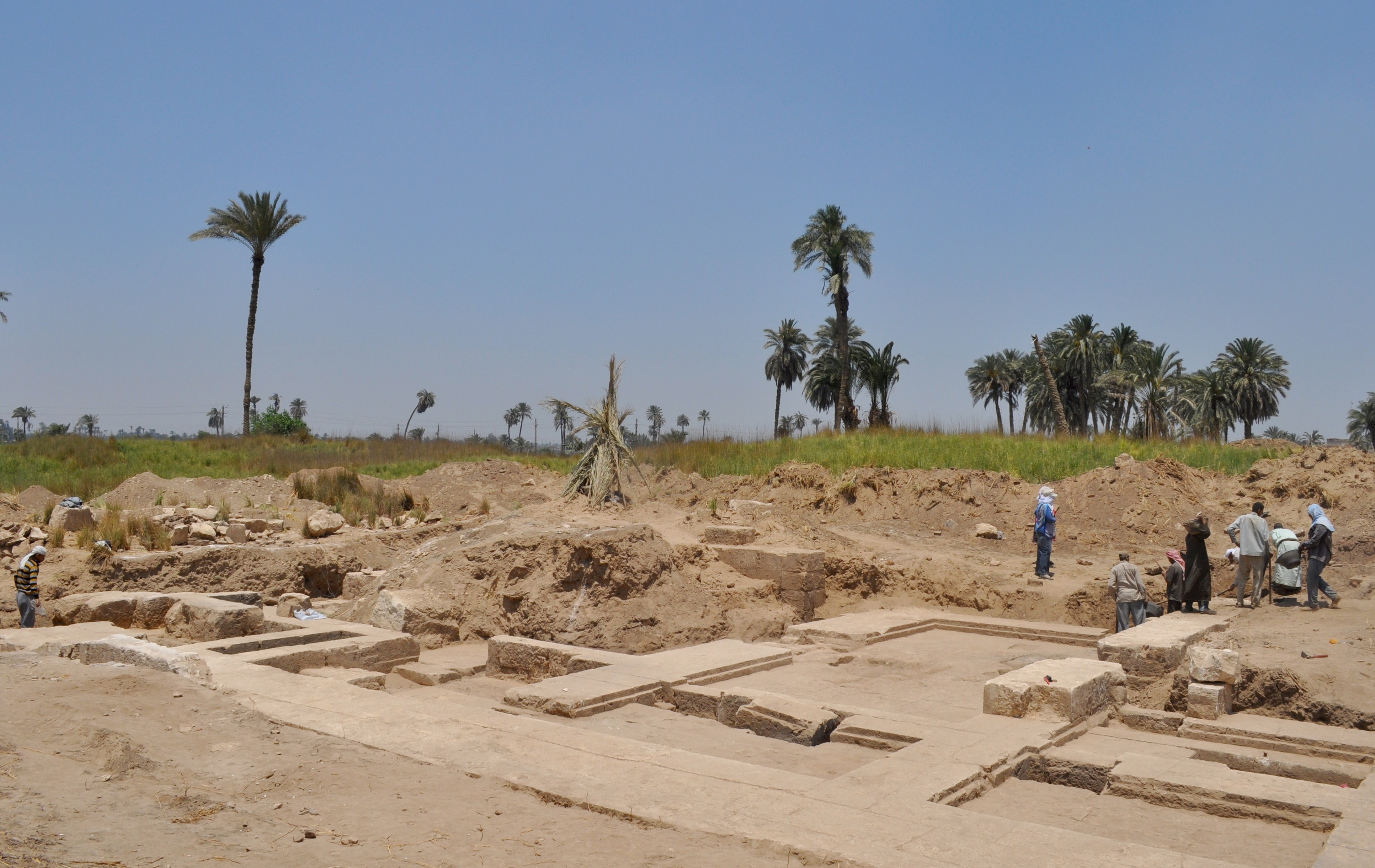 A team of archeologists from the Ministry of Antiquities discovered a limestone temple from the age of Ptolemy II (282-246 BC) in the Gabal El-Nour area of Beni Suef.

The temple was discovered on a 50 acre plot that the High Council of Antiquities has owned for years, but had not excavated, said Nadia Ashour, the general manager of Beni Suef Antiquities, who supervised the dig with Mansour Boreiq and Ahmed Galal.

The ministry approved the excavation after Ashour and her colleagues discovered looters in the area during the lawlessness that followed the 25 January Revolution, she said. The dig launched the temple on 15 April.

“A lot of the time these discoveries are made by foreigners, but this time the team is all Egyptian,” said Boreiq, president of the Central Administration for the Antiquities of Middle Egypt.

The temple is the first discovered in the area, Boreiq said. The discovery is also notable because archaeologists have not uncovered many temples from this time period despite the fact that Ptolemy II ruled for more than 36 years.

“We have discovered other temples of his in other locations, but never in this area,” Boreiq said.

Boreiq said the site was only 20 kilometres away from the protectorate of Kahf Sannour, hinting that the area could be turned into a tourist attraction in Beni Suef. Because the temple’s lower floor was in good condition, the ministry has increased the budget for the dig and approved further excavation.

The temple contains red clay bricks, which indicates it was in use until the Roman era, Ashour said. It has detailed inscriptions of Ptolemy III, who succeeded Ptolemy II, offering sacrifices to the Egyptian goddess Isis as well as images of the god Hapi.