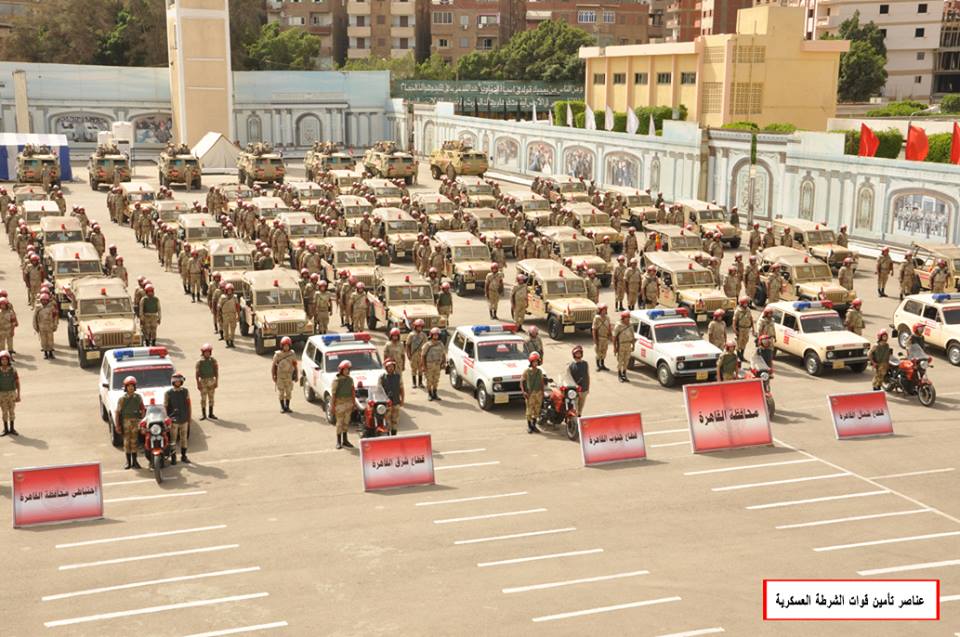 The armed forces will deploy 181,912 personnel this week across the country during the two days of voting in order to secure polling stations and the voting process during the presidential elections, its spokesman announced this weekend.

In a statement the armed forces said that it would undertake security measures on Monday and Tuesday in coordination with the Ministry of Interior and the Supreme Elections Commission “to provide a safe environment for the 53,909,306 Egyptian citizens casting ballots across 25,343 polling stations”.

Minister of Defence Sedki Sobhi said that the armed forces had undertaken training for its forces in anticipation for the elections, including situational training in the event of emergencies, with the cooperation of the police “with the utmost restraint in order to preserve the lives of citizens, taking advantage of previous experience gained by elements of the armed forces during the last round of elections”.

The Second Field Army, according to the statement, would deploy more than 32,262 personnel to the governorates of Daqahleya, Sharqeya, Damietta, Ismailia, Port Said, and North Sinai. Meanwhile, the Third Field Army is set to secure polling stations in Suez, South Sinai, and the Red Sea Governorate with 14,855 security personnel.

Efforts to secure the referendum will also be coordinated with the Egyptian navy for coastal cities and towns and the air force, which will deploy aircrafts to provide aerial support for security.

The armed forces added that it would work with the Ministry of Interior to guard government installations and the Suez Canal “to prevent attempts to infiltration and smuggling” and “address any potential obstacle that would disrupt the electoral process”.

The armed forces also called on citizens to refrain from bringing bags or personal belongings to polling stations and wait for vehicles a safe distance away from places where citizens are set to vote.

The spokesman for the military also provided numbers to hotlines of the armed forces’ “main operation room” in the event of security disruptions.

In January more than 160,000 military personnel were deployed to secure the constitutional referendum, and also heightened security measures at the borders and the Suez Canal to “prevent terrorist operations” or illegal border crossing.

During the two days in which Egyptians voted in the referendum, approximately 10 people died, according to the Ministry of Health, stating that five had died of “criminal causes” while the remainder died of natural causes.

Clashes erupted on the first day of voting between security forces and supporters of ousted president Mohamed Morsi. The ministry put the death toll of the clashes at 5, while Human Rights Watch said the number of dead reached 11.