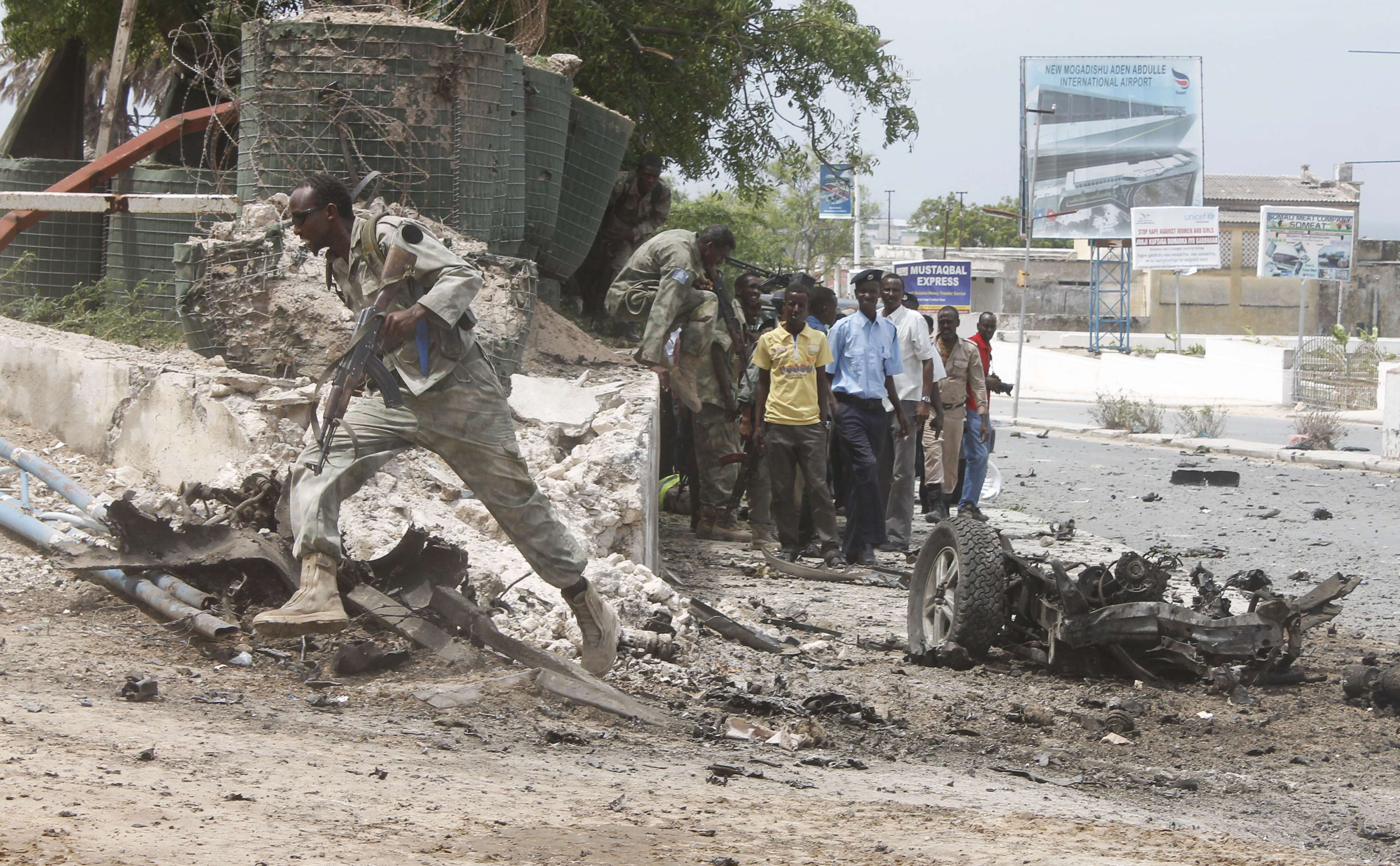 A huge car bomb went off outside the gates of the parliament in central Mogadishu shortly before midday, and a string of smaller blasts followed by intense gunfire were also heard coming from inside the complex.

Police said at least four attackers were killed, and AFP reporters at the scene also counted four dead security guards, adding that a number people had also been wounded. Officials said at least two MPs were injured and taken to hospital.

Exchanges of gunfire could still be heard coming from inside the building more than an hour after the attack started before dying down, although it was not yet clear if the attack was over.

“There is an attack near the parliament building. There was a car bomb explosion and gunfire broke out,” police official Husein Ise told AFP.

Witnesses said Shebab militants, the Al-Qaeda-linked group fighting to overthrow Somalia’s internationally-backed but fragile government, stormed into the complex while MPs were meeting inside.

“I was shocked when I heard the blasts and a gun-battle. I had to run for my life,” a female Somali MP said after escaping the battle.

A spokesman for Shebab confirmed the group was responsible for the attack.

“The so-called Somali parliament is a military zone. Our fighters are there to carry out a holy operation,” Shebab’s military spokesman, Abdulaziz Abu Musab, told AFP by telephone.

“We shall issue a comprehensive report after the conclusion of the operation,” he added.

Recent Shebab attacks have targeted key areas of government, or the security forces, in an apparent bid to discredit claims by the authorities that they are winning the war against the Islamist fighters.

The parliament attack appeared to be a repeat of an assault in February against the heavily-fortified presidential palace, which saw a car bomb go off at the gates of the Villa Somalia followed by an attack by suicide gunmen which left at least 16 dead including the attackers.

In that attack, the Shebab gunmen were dressed in police and military uniforms.

Last month two Somali MPs were also assassinated by the Shebab in shooting and bomb attacks inside Mogadishu, and the Shebab said they hoped to kill all MPs “one by one”.

The Shebab, who also claimed responsibility for the September 2013 attack on Nairobi’s Westgate mall in which at least 67 people were killed, have also carried out a string of other high-profile attacks in Mogadishu this year.

Hardline Shebab insurgents once controlled most of southern and central Somalia, including large parts of the capital, but were driven out of fixed positions in Mogadishu and Somalia’s major towns by a 22,000-strong African Union force.

AU troops launched a fresh offensive in March against Shebab bases, and although they seized a series of towns, the insurgents are thought to have fled in advance and suffered few casualties.