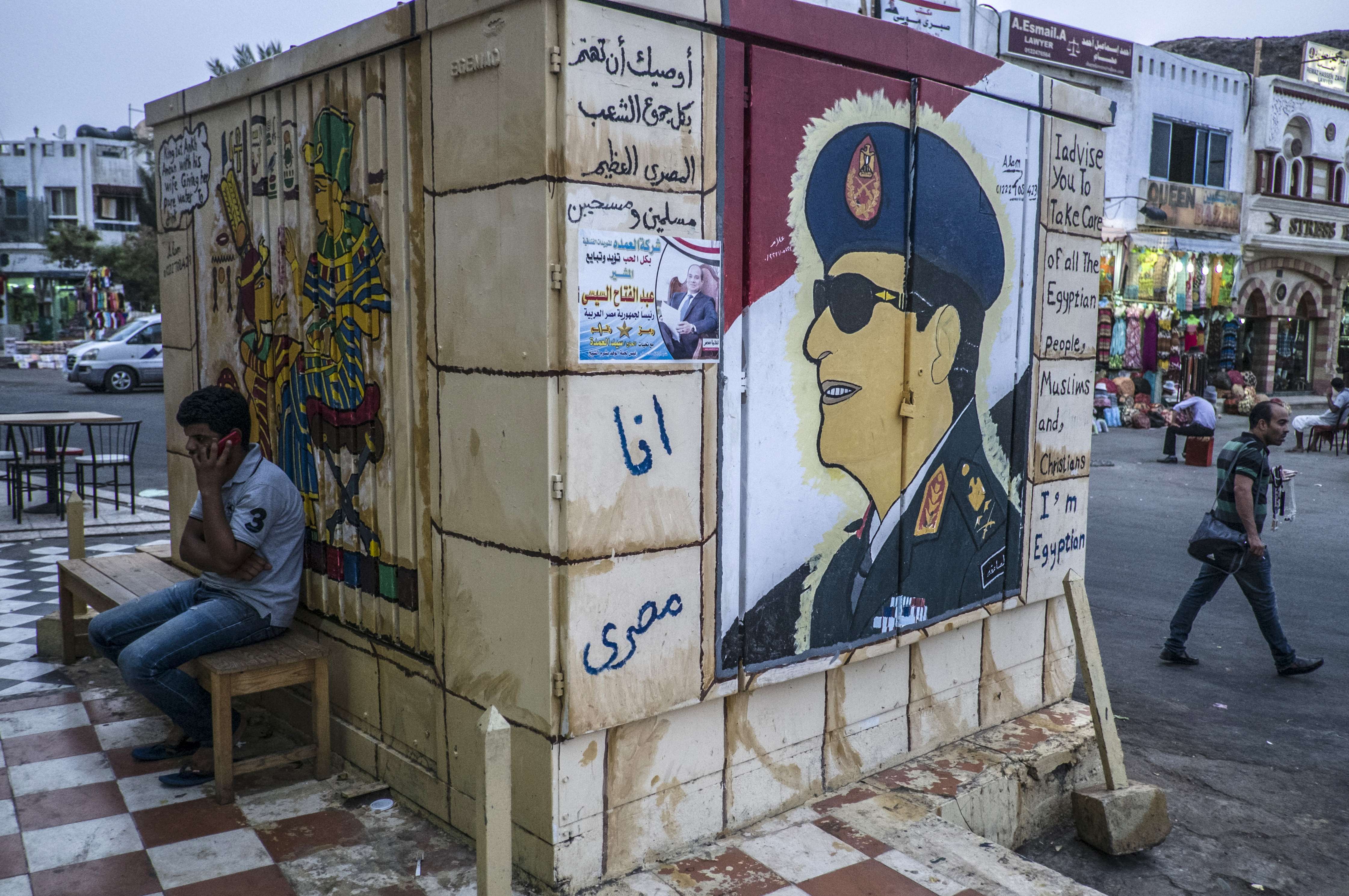 AFP – European tourists no longer jostle on the hotel dance floors and many sunbeds are empty along the pristine beaches of Egypt’s Red Sea resort of Sharm El-Sheikh.

But as business languishes at the white-washed hotels there are hopes for a leader who can restore stability to Egypt and create the confidence that will bring back the tourists.

If the ubiquitous campaign posters are anything to go by, ex-army chief Abdel Fattah Al-Sisi is the favourite in next week’s presidential election.

Posters of Sisi’s rival, leftist Hamdeen Sabahy, are nowhere to be seen.

Sisi, who overthrew Islamist president Mohamed Morsi in July, unleashing the bloodiest period in the country’s recent history, pledges to bring order and revive the economy.

Sisi’s support campaign in Sharm El-Sheikh is coordinated by a former intelligence officer who now works in tourism.

His daughter, hotel manager Gina El-Gafy, works the phone to organise a pro-Sisi rally in the evening, while supervising more than 200 hotel workers.

“We need stability, especially in Sinai, and that would happen sooner if the army takes control,” she said, referring to the peninsula where Sharm El-Sheikh is located.

While south Sinai is dotted with tourist resorts, the lawless north is a base for militants who have launched attacks across the country, mostly targeting policemen and soldiers.

The attack further scared off tourists, and left scrounging an industry that had employed some four million people at its peak.

But Tourism Minister Hisham Zazou told AFP that media coverage of the unrest has given “a negative message and is overblown”.

“Most incidents of violence are within university grounds,” he said of regular pro-Morsi student clashes with police.

“All tourist destinations in Egypt are quite safe and sound.”

In Sharm, now crawling with police in uniform and plain clothes, tourists say they feel safe.

“There’s nothing to fear,” said a British tourist who gave her name as Kim, sitting in Bedouin-themed cafe.

But others are not as sanguine, and Gafy has furloughed part of her team for lack of work. Even though she has dropped her room rates by 20%, occupancy is still only at 60%-70% of capacity.

While the large hotels have managed to scrape by, the crisis is hitting the smaller enterprises hardest.

Mostafa el-Menufi, 40, said he could no longer afford to feed his family on what he makes from a small store that sells water pipes.

“We used to earn good money in Sharm El-Sheikh. Now I earn less, and the rent stays as it is,” he said.

He said he trusted a strong candidate from the military for president, to help bring back the tourists.

Down the road, a Bedouin cafe owner who refused to give his name, disagreed.

The police, untrammelled under Mubarak, were returning to their old ways, he said.

“It will be worse” under Sisi, he said.

But it is a trade-off many are willing to make – the freedoms promised by the 2011 uprising for an end to the tumult it ushered in.