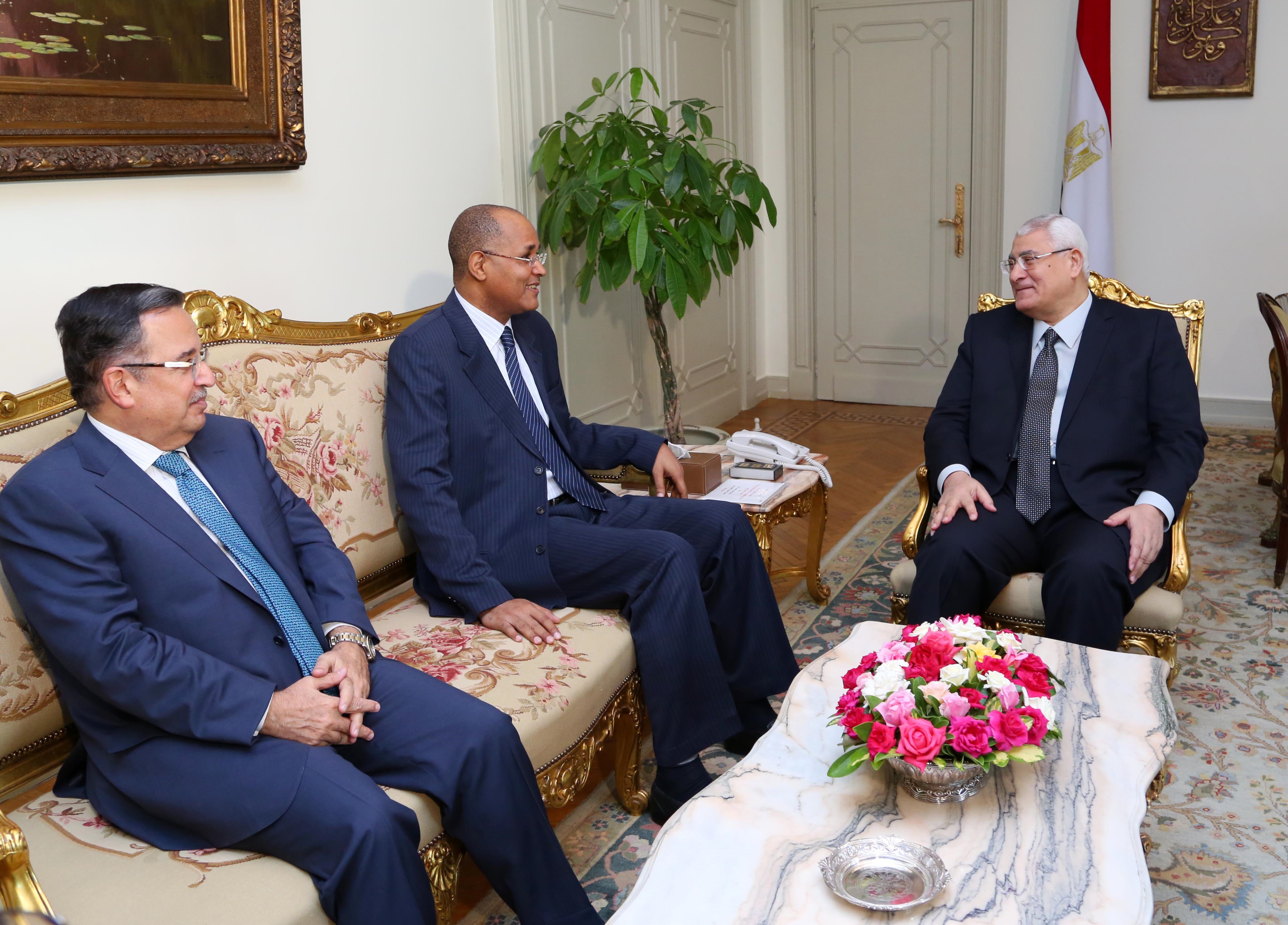 Foreign Minister Nabil Fahmy stressed the importance of the presence of international election observer missions (EOM) during meetings with heads of the European Union and African Union missions on Sunday.

Fahmy “welcomed the participation of the EU mission… in this important stage in the history of modern Egypt,” during his meeting with EU mission chief, Mario David. He pointed out that the election, set to take place on Monday and Tuesday, is the second major milestone on Egypt’s roadmap, the first being the constitutional referendum in January.

The minister expressed the same sentiment in his meeting with the head of the African Union mission, Mohamed Lemine Ould Guig. He added that the African bloc’s presence “represents a clear message to the Egyptian and African people of [their] historical connection… as well as the participation in the existing relationship based on the unity on destiny and vision in the face of challenge[s],” according to the ministry spokesman.

The EU EOM representatives were joined by Head of the EU Delegation to Egypt James Moran when they met with Fahmy on Monday. The ministry spokesman said that the meeting touched upon “a number of topics about strengthening the role of women in political life” and the constitution, which was ratified in January.

David expressed his gratitude for the ministry’s role in securing the release of telecommunications equipment held in customs, which threatened to result in the scaling back of the mission to a smaller Election Assessment Team. The issues were resolved within 24 hours and the mission is set continue as previously announced.

The foreign minister said he looks forward to “further cooperation and strengthening of relations between Egypt and the European Union” in the future, “on the basis of mutual respect”.

Fahmy reiterated the foreign ministry’s “commitment to facilitate the task of the African Union mission in full coordination with the concerned Egyptian devices”. Fahmy also took the opportunity to discuss “Egypt’s strategic orientation towards Africa” in the areas of politics, economy, trade and investment.

Egyptians will go to the polls on Monday and Tuesday to choose their next president in a two-man race between former Minister of Defence Abdel Fattah Al-Sisi and Nasserist Hamdeen Sabahy.