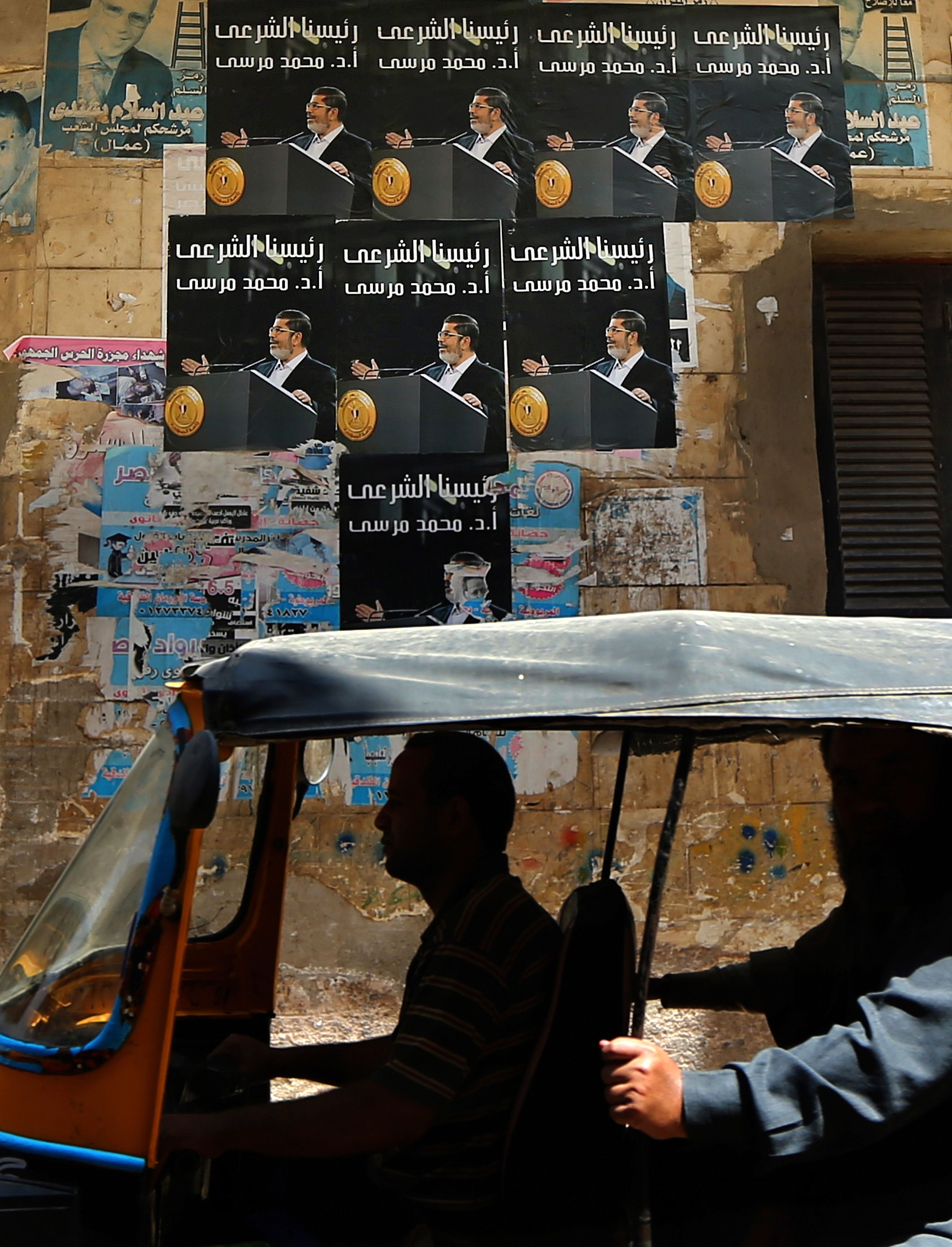 The Muslim Brotherhood described the presidential elections as “invalid” and “blood” elections, depicting them as a crime in which the Egyptian people must not participate.

In a statement released on Sunday afternoon, the Brotherhood said: “Free Egyptians, you grant legitimacy and deny it, and you have previously granted it to the kidnapped civilian president,” in reference to ousted president Mohamed Morsi.

The group which was deemed a terrorist organisation by an Egyptian court in December said that “forgery does not give legitimacy to any criminal.”

In the expat vote, which ran from 15 to 19 May, 315,000 people voted. Due to eased regulations it is not possible to gain an accurate turnout rate, as there is no official number of registered voters.

The Brotherhood claimed that the Supreme Electoral Commission, which runs the electoral process, concealed the number of people abroad who have the right to vote in order to hide that the expat turnout was “no more than 4%.” The group added that Egyptians abroad have boycotted the elections.

The Brotherhood, from which Morsi hails, still maintains that he is the legitimate president of Egypt and has continuously organised protests calling for his return and rejecting the interim authorities that took charge after his ouster in July.

Former defence minister Abdel Fattah Al-Sisi and Nasserist politician Hamdeen Sabahy are both running for the president’s seat, with the former expected to win.  In the expat vote, Al-Sisi gained a landslide of approximately 94.5% of valid ballots cast.

The Muslim Brotherhood sees the ouster of Morsi as a coup and Al-Sisi as its leader. The group is boycotting the elections and has similarly boycotted the referendum on the 2014 Constitution.