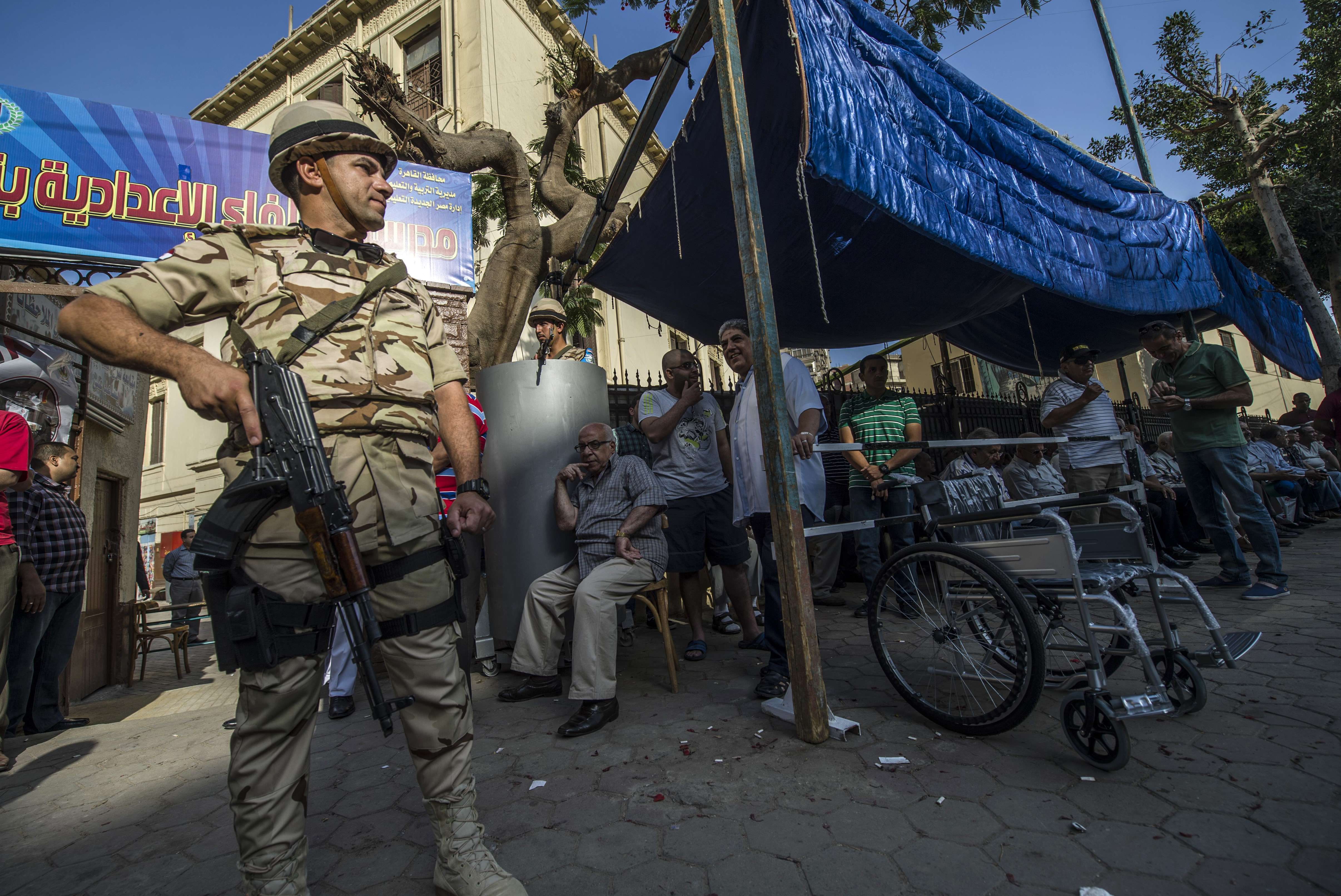 Surrounded by large crowds, Al-Sisi eventually made his way inside his polling station in Heliopolis.  Sabahy, who was swarmed by journalists and photographers stopped to take their questions outside his Giza polling station.

Mansour voted in a Heliopolis polling station, after which he called on every Egyptian to “participate in building the future of their country.”

Polling stations across Egypt opened on Monday morning for the country’s presidential elections.

Voting is scheduled to go through Monday until Tuesday at 9 pm and will determine in a poll between  Al-Sisi and Sabahy, with the former widely expected to win.

Voting for Egyptians abroad started on 15 May and ran until 19 May with Al-Sisi winning in a landslide of approximately 94.5% of valid ballots cast.

On Sunday interim President Adly Mansour, whose tenure will conclude at the conclusion of the elections, said in an address that state institutions are without bias toward either presidential candidate and were only committed to proceeding with the country’s transitional roadmap.

Subsequent elections for the House of Representatives are expected to take place later this year.

These presidential elections represent the seventh time the polls have opened in Egypt since 2011.

Summary of political platforms of Al-Sisi and Sabahy

A look at groups and voters planning to boycott the poll