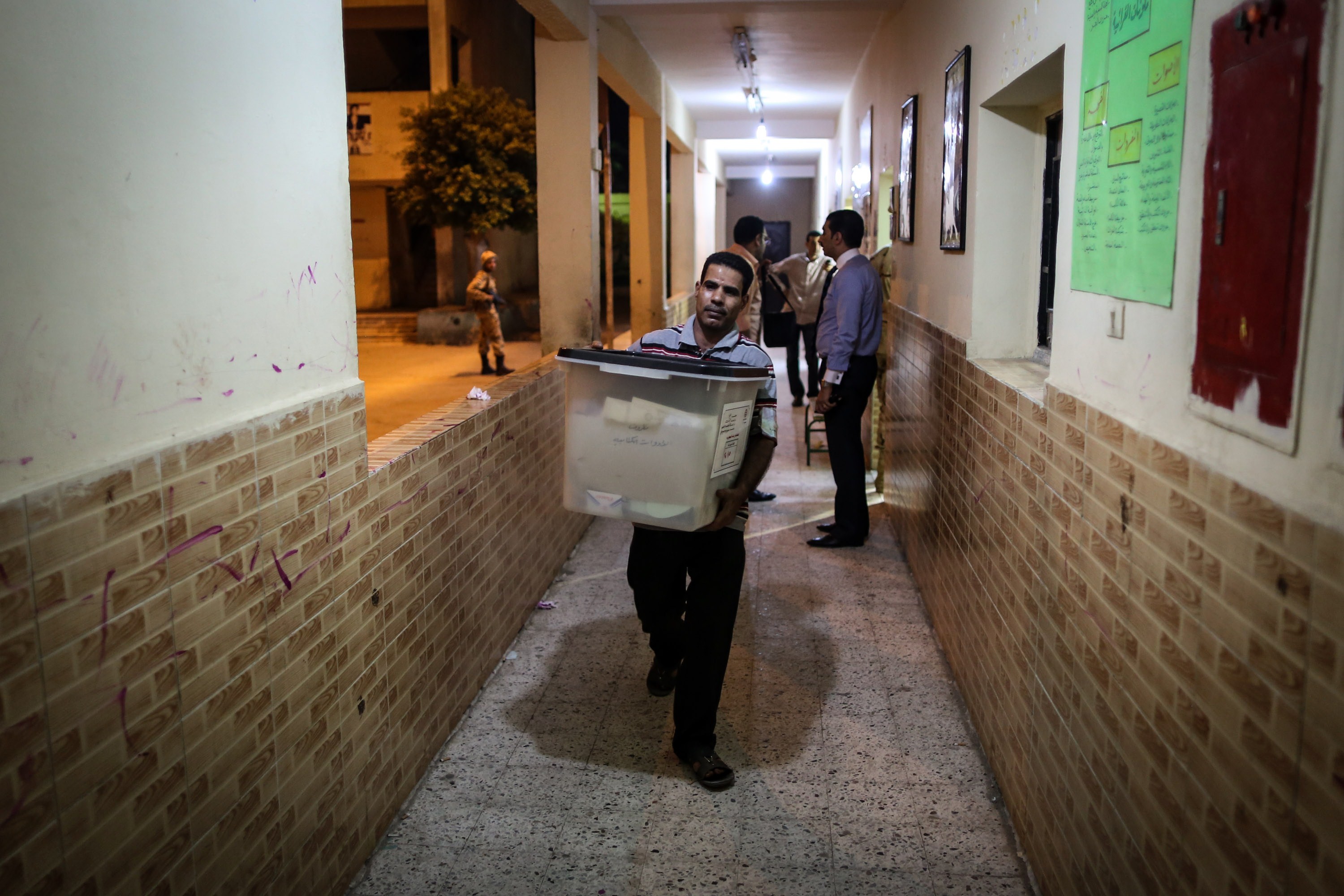 The Presidential Elections Commission (SEC) overseeing the presidential elections process denied on Tuesday the authenticity of a video showing ballot-stuffing, which surfaced on social media Monday.

Voting began on Monday and is scheduled to end Tuesday at 10pm, and will determine the next president in a poll between former Defence Minister Abdel Fattah Al-Sisi and Nasserist presidential candidate Hamdeen Sabahy, with the former widely expected to win.

More violations were reported on Tuesday, with the National Council for Human Rights (NCHR) announcing it received 23 reports of violations during the first two hours of the second day of voting. The council added that most violations concerned tardiness in the opening of polling stations.

The Egyptian Organisation for Human Rights (EOHR), one of the domestic organisations observing the elections, reported several violations on Tuesday. The organisation said it spotted members of the pro-Mohamed Morsi Anti Coup Alliance attempting to convince citizens not to vote in Minya. It also reported that supporters of Al-Sisi had attempted to influence voters in the Field Marshal’s favour.

The organisation also reported observing campaigning for candidates outside polling stations as well as transporting citizens to polling stations to vote for Al-Sisi in the governorates of Minya and Sharqeya.

The EOHR reported on Tuesday a case of bribery, where a former member of the now-dissolved National Democratic Party, which was headed by former President Hosni Mubarak, was seen distributing meals and drinks outside a polling station to prompt voters to elect Al-Sisi.

The NCHR said it had received 216 violations during the first day of voting. It was able to resolve 151 of the complaints.

Several independent NGOs reported several violations in a number of polling stations across the country. Violations included delay in the start time of the elections and the supporters of both candidates promoting through flyers, songs, and other means, which breaks the electoral silence.

A member of the electoral campaign of Nasserist presidential candidate Hamdeen Sabahy was arrested on Monday while taking a photo of a violation taking place inside an Alexandria polling station during the first day of elections.

Sabahy’s campaign frequently reported violations it spotted during the first day of elections. The arrest of its member, Mohamed Shafiq, was among those violations.

According to a statement released by the campaign, Shafiq was assaulted then detained inside a military armoured vehicle before being taken to Al-Montazah Police Station. The campaign member was accused of assaulting security forces securing the polling station.

Sabahy’s campaign accused army personnel of using army vehicles to campaign for Al-Sisi by hanging photos of the field marshal on the vehicles near a polling station in the Al-Darb Al-Ahmar neighbourhood of Cairo. It also accused members of Al-Sisi’s campaign of physically assaulting one of its members in Menufiya for filing a report against the Al-Sisi campaign for campaigning for the presidential candidate outside a polling station.

The Supreme Electoral Commission approved 79 domestic and 6 international organisations to come to Egypt and observe the two-man run off for Egypt’s 6th president. International observers include: the European Union Election Observation Mission, the Arab League, the African Union Election Observation Mission, and the Global Network for Rights and Development.