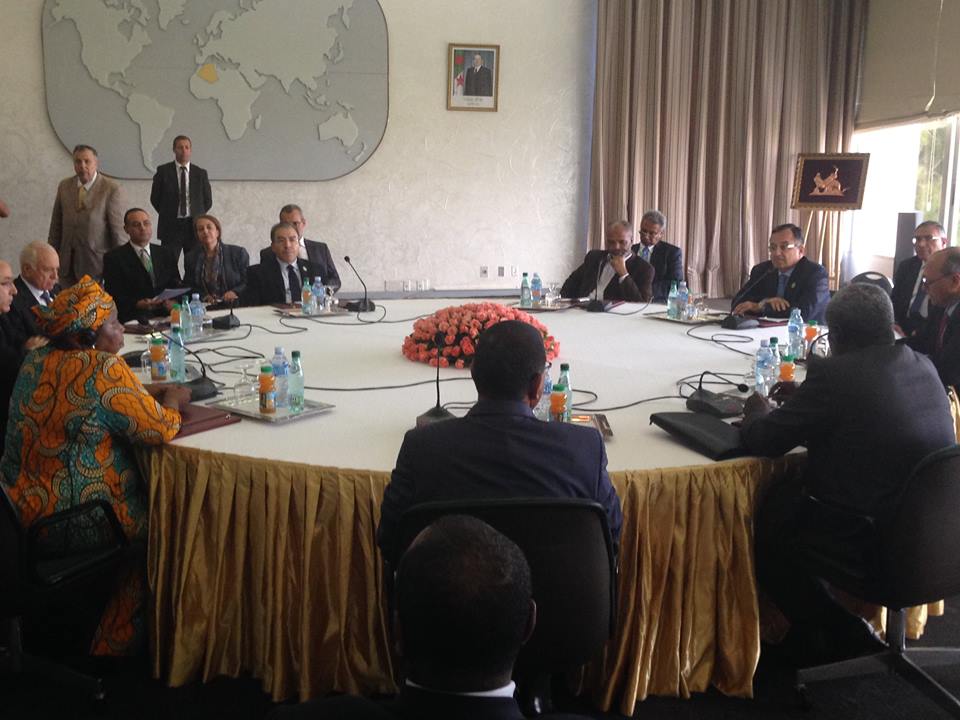 Egyptian Foreign Minister Nabil Fahmy discussed Tuesday the worsening situation in Libya during the 17th meeting of the Non-Aligned Movement in Algeria, expressing “deep concern” over the increasing violence and extremism Egypt’s troubled neighbour is experiencing.

According to a statement released by the foreign ministry, Fahmy participated in a meeting of regional neighbours Algeria, Libya, Chad, Niger and Tunisia, a representative from Sudan and the Secretary General of the Arab League as well as the Commissioner of the African Union.

Fahmy noted the “escalating increase in the pace of extremism and violence in Libya, and the proliferation of weapons in the hands of groups outside the framework of the Libyan government, stressing that Egypt will make every effort to maintain the unity of Libya [providing] all necessary support for the [Libyan] constitution drafting committee”.

Keeping in line with the Egyptian foreign ministry’s desire for political solutions to the region’s current crises, the foreign minister “stressed the importance of involving all of the Arab League and the African Union at the meeting” to ensure regional oversight over the situation which has already left scores dead and caused Egypt to close borders and issue security warnings for its citizens.

Foreign ministry spokesman Badr Abdelatty added that Fahmy discussed ways to “develop an action plan [which] includes steps inside Libya and other steps between them and neighbouring countries to control the borders and political stability and security,” while Libyan authorities must provide full support for Arab League convoys that enter the country.

According to the statement, all sides agreed to “maintain the territorial integrity of Libya, work for the stability of the situation, the prevent division between Libyan parties, and work to achieve aspirations of our Libyan brothers”.

Officials at the foreign ministry have been in near-constant contact with regional counterparts since a rogue general lead an attack against Islamist militias loosely aligned with the floundering General National Congress. Government authorities claimed retired general Khalifa Haftar of staging a coup when he led a mid-May offensive in Benghazi that left at least 79 dead.

Fahmy has already urged Egyptians in Libya to exercise “utmost care and caution” as tensions between Egypt and its troubled neighbour Libya have been on the rise as a string of killings and kidnappings has targeted Egyptian nationals.

Egypt has issued and reiterated a travel warning for citizens travelling to Libya. Egyptians are advised not to travel to Libya unless it is absolutely necessary, and to travel by airplane not road only “after obtaining a valid visa issued by the Libyan embassy in Cairo”.