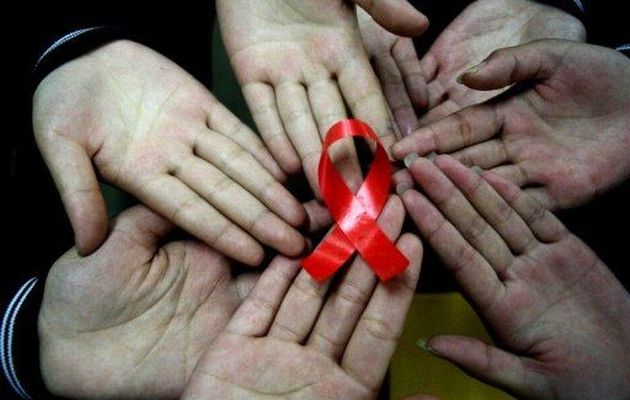 Sara sat in labour at a Cairo hospital demanding a basic right: giving birth. Doctors turned her away because she was an HIV positive. “I know my rights,” she told the doctors, “I am not leaving.”

While Sara, whose name has been changed, eventually convinced the hospital to deliver her child, thousands of women and HIV patients suffer from discrimination in the healthcare sector. There are only specific hospitals designated to treat HIV/AIDS in Cairo, but even there turning patients away is common, said Nahla Soliman, co-founder of a new HIV/AIDS awareness campaign.

Founded by a group of Cairo Institute for Human Rights Studies Alumni in March 2014, the campaign, called T3ayosh, believes culture and lack of information leads healthcare workers to stigmatise patients. The group hopes to increase access to medical care for patients with HIV through education programmes for doctors and nurses.

“Virus C is more prevalent and more dangerous than HIV but the cultural attitudes make people more apprehensive towards the latter,” Soliman said.

T3ayosh plans to approach the Doctors Syndicate and hospitals, and utilise social media to increase awareness among the general public, she said. On 10 June, the nonprofit will hold its first event, an evening of storytelling at Jesuit theatre.

“We care less about the number of hospitals designated for HIV treatment and more about the quality of their treatment,” she said. “Patients are sometimes told to return the next month for a cure.”

But Sara sees awareness as only the first step toward raising the quality of life for HIV patients through access to healthcare. She says there is no mechanism to hold the doctors accountable for implementing what they have learned through a conference or workshop.

“I have worked as a researcher on several projects aimed at educating doctors,” she said. “Once they find out I am HIV positive they stop interacting with me, despite the workshop I am there to provide on dealing with HIV patients.”

Discrimination is everyday life for Sara. Despite a more tolerant attitude from her family – something she says she is more fortunate than others to have – the health care industry continues to bar her access to treatment. Recently, her HIV positive son was refused an operation by the doctor she wanted. Sara did not give in. She insisted until he, too, eventually operated.

Soliman says things are getting worse. Support groups for patients sponsored by the state have been cancelled and the recent miracle “cure” announced by the armed forces has only made things more difficult for people working to improve living conditions of HIV patients. The announcement has been criticised as giving “false hope”.

“The problem is that some believed it and it gave them hope in their suffering. They are playing with people’s emotions,” Soliman said.

Sara said this made it hard for patients like her to trust the state when they called their announcement a “cure” when it should have been more accurately termed as an “experiment”.

“The solution is to focus on the younger doctors if we are to reform the healthcare industry,” Sara said, “the older doctors will never change”.