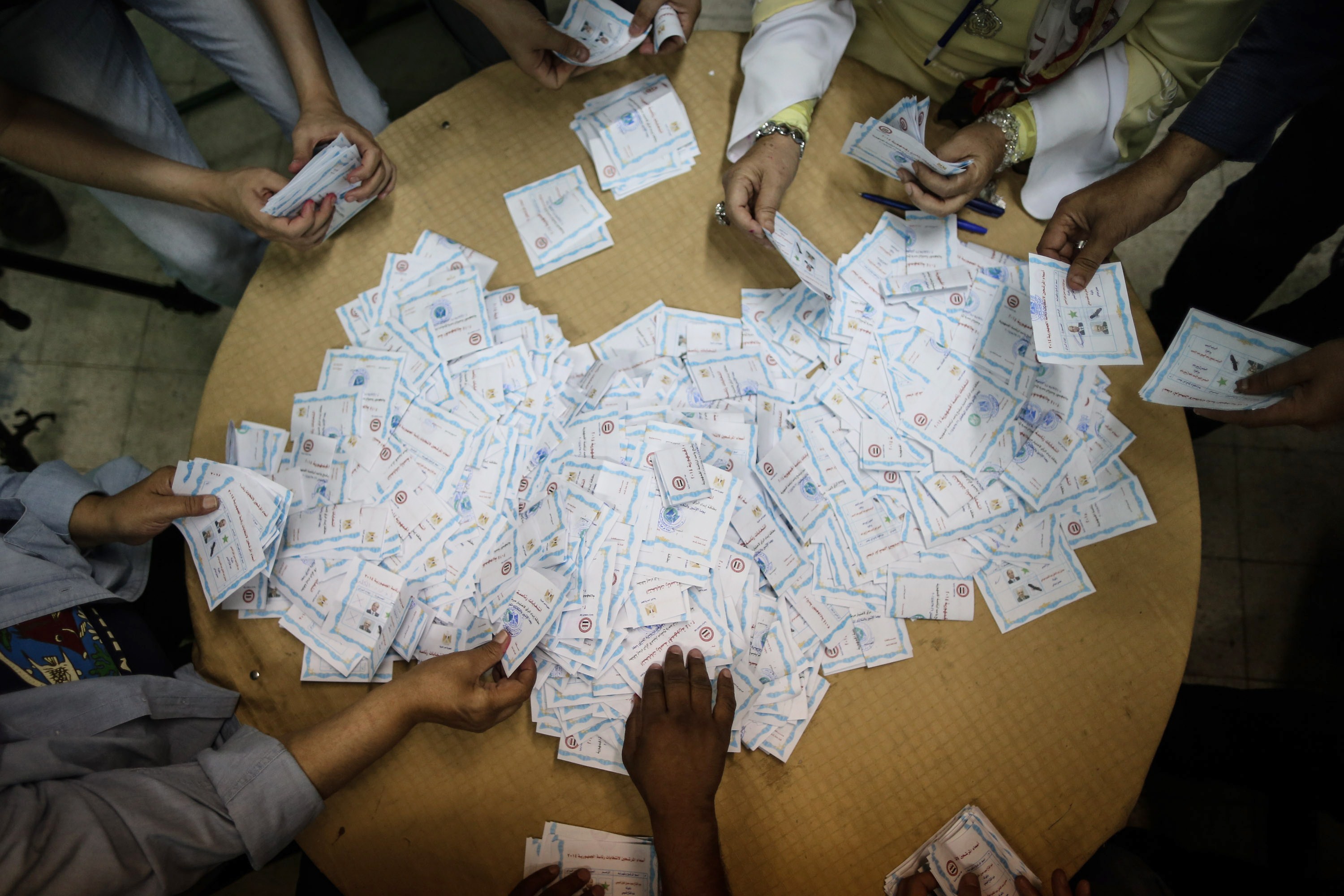 The elections watchdog released a report on Saturday summing the violations it observed during the three-day electoral process which stretched from Monday to Wednesday last week.

Shayfeencom called on the Supreme Electoral Commission (PEC), responsible for overseeing the electoral process, to look into complaints filed regarding violations observed during the elections.

The PEC announced on Friday that it has received the appeals presented by presidential candidate Hamdeen Sabahy against the count in a number of polling stations.

In its report, Shayfeencom cited a number of violations it documented during the voting process. They included, campaigning for Al-Sisi’s favour outside polling stations, influencing voters’ decision in Al-Sisi’s interest and tardiness in the opening of polling stations.

The elections watchdog also noted that its members were persecuted during the elections, alongside members of Sabahy’s campaign. On Tuesday night, Sabahy announced the withdrawal of his campaign members from polling stations, the safety of whom, he said, was no longer guaranteed. Several members of Sabahy’s campaign were subjected to arrest and detention during the three days of voting.

The SEC approved 79 domestic and 6 international organisations to come to Egypt and observe the two-man run off for Egypt’s 6th president.

International observers include: the European Union Election Observation Mission (EUEOM), the Arab League, the African Union Election Observation Mission, and the Global Network for Rights and Development. Both the EUEOM and the United States-based organisation Democracy International (DI) announced on Thursday they were critical of the environment surrounding the elections.