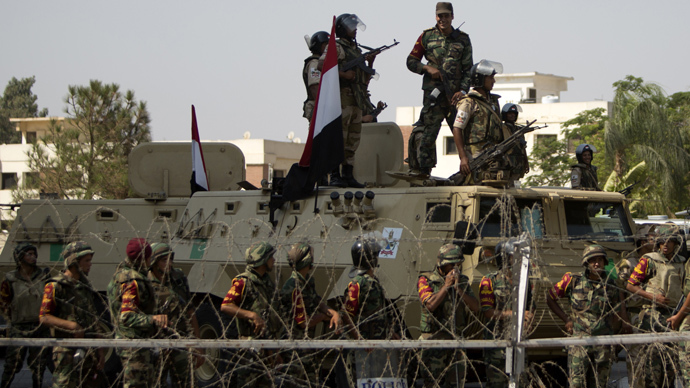 Egypt’s armed forces is looking to assist with developmental projects in Africa after a report on assessing “international and regional variables and their impact on Egyptian national security”.

The report was carried out by the Crisis Management Centre, said a statement issued Sunday by the armed forces spokesman.

“The research involved a detailed study of the characteristics and strategic components of… southern and eastern Africa, the geographical and political importance and the impact on Egyptian national security,” read the statement.

The study, carried out by a group of experts, provided recommendations for cooperation in “the fields of politics, economy and social and cultural rights”. These recommendations are intended to be implemented “to build strategic cooperation serving common interests with East Africa and Nile Basin countries”.

Minister of Defence Sedki Sobhi met with members of the armed forces’ operation authority to discuss the report on Sunday.

In a separate meeting held on Saturday, Foreign Minister Nabil Fahmy met with officials working in the African Affairs department of the ministry, including the deputy minister for African affairs. During their meeting Fahmy called to “intensify Egyptian action in Africa to promote a physical presence there in order to achieve common interests”, according to a Saturday statement.

The meetings come in light after a year of regional tensions between Egypt and other Africa countries, concerning the allocation of water from the Nile resulting from the construction of the Renaissance Dam in Ethiopia and Egypt’s suspension from the African Union last June, following the removal of former president Morsi from power.

Following Egypt’s suspension the foreign ministry launched diplomatic efforts to resume its activities within the union. Diplomats were dispatched around Africa to “explain the truth of the developments that occurred in Egypt recently”.

The ministry has repeatedly rejected the decision to suspend Egypt’s membership but hopes that the freeze will be lifted as the Egyptian government implements the transitional roadmap.

Fahmy established the Egypt Agency for Development in August last year and it is expected to begin operating in June. The agency is expected to provide assistance with developmental efforts and technical aid to African countries, especially in the areas of health, education and irrigation.