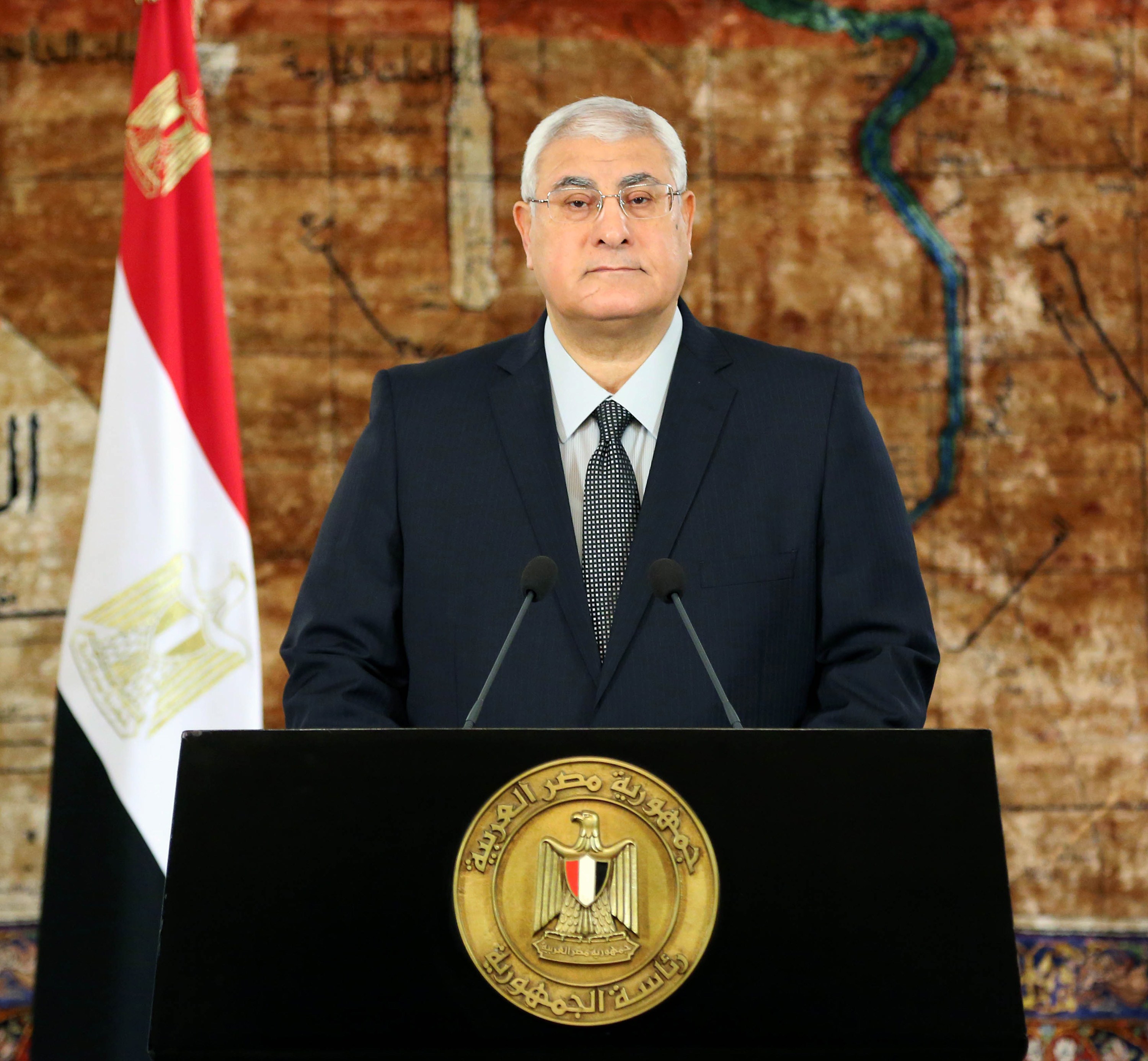 Interim President Adly Mansour issued a decree on Saturday stating that citizens are required to “show respect” to the national anthem and flag “as symbols of the country”.

The law specified the colours and dimensions of the Egyptian flag and locations where it is required to be hung, including presidential and cabinet headquarters, courts, embassies, consulates and at the country’s borders, reported state-owned Al-Ahram.

The law dictates that adding slogans, pictures and designs to the flag is forbidden.

The law also forbids hanging the flag if it is damaged, faded, or in any other “inappropriate condition”. It should not be used as a trademark or as part of a trademark.

Every armed forces branch possesses an emblem which is placed on the national flag. According to the newly issued decree, the president is to decide on the design for each branch.

The flag is to be hung in locations from which it is clearly visible, including schools that are under the state’s supervision, where the national anthem is sung every day.

The flag is not to be lowered except during national mourning. How this is carried out and for how long are matters determined by the president.

According to the law, people are to stand when the national anthem is played.

The punishment for violating the new law is a maximum one year of imprisonment and an EGP 30,000 fine.

According to lawyer Amr Imam, the state is attempting to strengthen its position in the “war against terrorism” in the eyes of the public by amplifying the sense of nationalism. However, he condemned the imprisonment of the Alexandria girls, Upper Egypt children, who are under the age of 15, and several others for possessing items with the Rabaa sign.

The new decree eliminated Law 7/1941 and Law 144/1984, which are concerned with the flags of Egypt and foreign countries, and articles that contradict it.