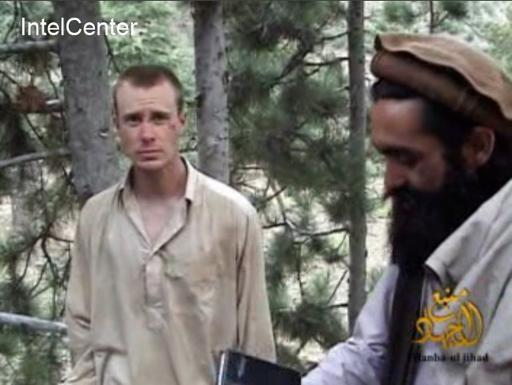 AFP – The lone US soldier held captive in Afghanistan was freed Saturday in exchange for five senior Taliban figures detained at Guantanamo Bay, in a dramatic deal brokered by Qatar.

US Army Sergeant Bowe Bergdahl – who was captured nearly five years ago – was in “good” condition after Taliban fighters handed him over to US special operations forces at an undisclosed location in eastern Afghanistan, defense officials said.

The five Guantanamo Bay detainees were in turn transferred to Qatar, where their movements and activities will be restricted, a US official said.

“Sergeant Bergdahl has missed birthdays and holidays, and the simple moments with family and friends which all of us take for granted,” President Barack Obama said in the White House Rose Garden, flanked by the soldier’s parents Bob and Jani.

“But while Bowe was gone, he was never forgotten.”

“The Qatari government has given us assurances that it will put in place measures to protect our national security,” Obama said, referring to the conditions under which the Taliban figures – all seen as influential – were transferred.

Previous attempts to free Bergdahl through a swap with the Taliban had failed. But this time, Qatar was able to secure an agreement.

Bergdahl disappeared in June 2009 from a base in Afghanistan’s eastern Paktika province near the Pakistan border. The Taliban militants later said they had captured him.

At one time, he was believed to have been held by members of the Haqqani network, the militant outfit that is allied with the Taliban and has ties to Al-Qaeda.

Bergdahl’s release comes as the United States prepares to scale back its presence in Afghanistan, 13 years into America’s longest war.

Bergdahl’s parents said they were “joyful and relieved” to hear that their son was a free man.

“We will continue to stay strong for Bowe while he recovers,” Jani Bergdahl said at the White House.

Her husband Bob said a few words in Pashto, then said in Arabic: “In the name of God the most kind and compassionate.”

He also asked reporters to grant the family space as they undertake the “considerable task” of Bergdahl’s recovery.

Pentagon officials said Bergdahl was brought to the Bagram air base north of Kabul, where he received medical treatment.

From there, he will fly to the US military hospital at Landstuhl, Germany before reuniting with his family in the United States.

Influential Senator John McCain welcomed Bergdahl’s release, but demanded to know what steps were being taken to “ensure that these vicious and violent Taliban extremists never return to fight against the United States and our partners”.

He described the five men being released as “hardened terrorists who have the blood of Americans and countless Afghans on their hands”.

Republican Congressman Mike Rogers decried a “fundamental shift in US policy” that “signals to terrorists around the world a greater incentive to take US hostages”.

This decision “will threaten the lives of American soldiers for years to come,” he predicted.

Their transfer leaves 149 detainees in the US military prison in Cuba, including 12 Afghan nationals, 4 of whom have been approved for transfer.

A Taliban source in the Pakistani city of Quetta told AFP that the five had been officials in the Taliban regime driven out by the US-led invasion of Afghanistan after the 11 September, 2001 attacks in the United States, and that they remained influential.

News of their transfer was welcomed with “great happiness” by the militants, who had long sought their release from Guantanamo Bay as a condition for launching peace talks.

In Kabul, Ismail Qasimyar, a senior member of Afghanistan’s High Peace Council, said Sunday that the swap showed “goodwill for trust building” as well as the Afghan government’s “commitment toward peace talks”.

“We are very optimistic that the release of these senior Taliban will help the peace process,” he said.

Taliban spokesman Zabihullah Mujahid however cautioned against reading too much into the swap.

“It has only been an exchange of the war prisoners, there is nothing political in it, it has not been done for peace process,” he told AFP.

During his time in captivity, Bergdahl appeared in several Taliban videos.

In January, the United States obtained a “proof of life” video of the soldier – the first concrete evidence in more than three years that he was still alive.

Word of Bergdahl’s release came just days after Obama unveiled plans to withdraw all US forces from Afghanistan by the end of 2016, ending America’s longest war 15 years after the 11 September terror attacks.

Obama confirmed that the 32,000-strong US contingent in Afghanistan would be scaled back to about 9,800 troops by the start of next year.

The drawdown relies on Afghanistan signing a long-delayed Bilateral Security Agreement laying out the terms of the US military presence in the country after this year.