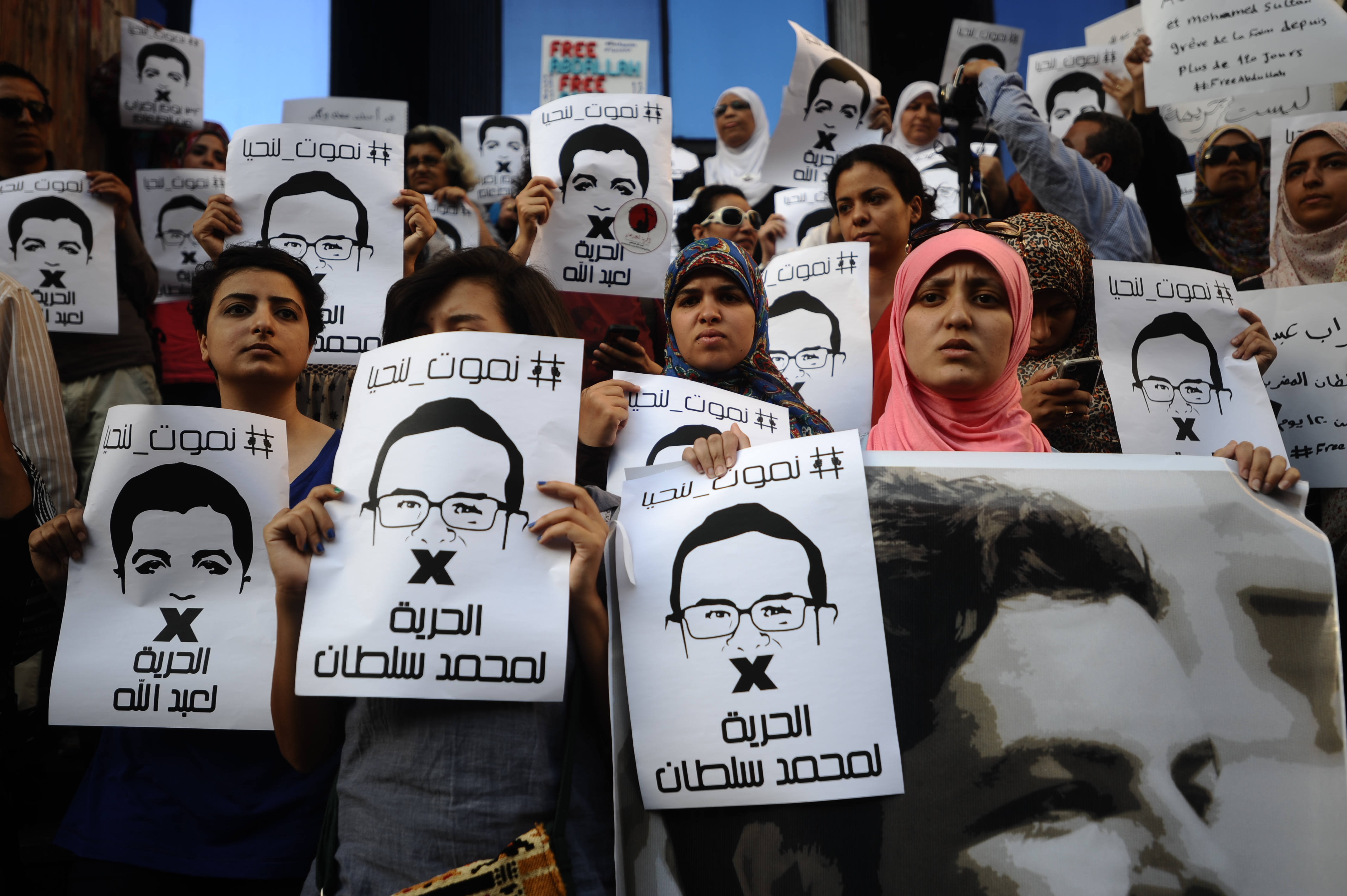 The protest occurred outside the Press Syndicate in Cairo in support of the pair, who have been on hunger strike for over 125 days.

Protesters chanted against what they called “military rule” and the police, calling on  detainees to “Resist”.

Elshamy’s mother, Thuraya, called on “free journalists” worldwide to stand in solidarity with her son, whom she described as a defender of press freedom.

“Elshamy was arrested while doing his job and covering the massacre of Rabaa,” said human rights activist and a founder of the No Military Trials group, Mona Seif, “We are here to call for the freedom of all political detainees whether we agree or disagree with their political affiliation.”

Among the protesters were Aida Saif Al-Dawla, human rights activist and founding member of Al Nadeem Centre, and Laila Swaif, founding member of the Revolutionary Front. Both activists started a hunger strike on 25 May in solidarity with Elshamy and Soltan.

Elshamy was arrested whilst covering the dispersal of the Muslim Brotherhood sit-in in Rabaa Al-Adaweya in August 2013. Since his arrest, his detention has been renewed pending investigation and has yet to be referred to court. His family has not been able to visit him for 12 days in Al-Aqrab prison.

Soltan, son of Muslim Brotherhood figure Salah Soltan, was also arrested whilst at home in August 2013, and stands accused of participating in the Rabaa Al-Adaweya sit-in. He started his hunger strike in January.